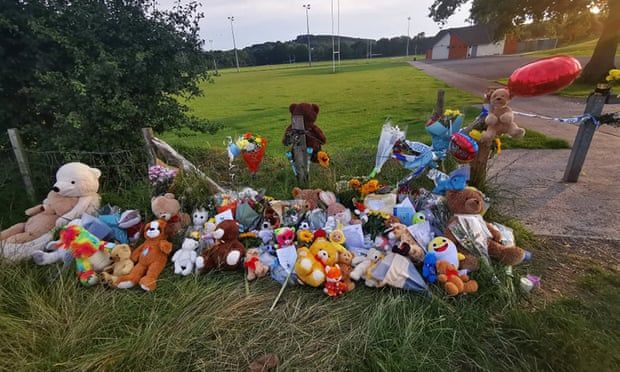 Child deaths by assault: will appalling brutality spur on reviews to fix a failing system?

Public policy faces crucial challenge in wake of cases of torture, neglect and killings of defenceless children in Britain
It may seem as if the UK is undergoing a exceptional run of child deaths: in December the horrific cases of Arthur Labinjo-Hughes, and Star Hobson came to light through the courts, followed by that of Kyrell Matthews in March, and now another appalling tragedy, five-year-old Logan Mwangi.

Have child deaths by assault and neglect become more common? UK data suggests one child a week is killed in the UK on average, according to the NSPCC, and this has changed little over the last five years. All deaths are devastating and sad but most are barely heard of; only a handful, like these, achieve public and media notoriety.

All the above cases stand out for the staggering brutality and viciousness they bear witness to: each unwound a story of abuse, torture, assault and neglect visited on defenceless children by sadistic parents and carers (and in the case of Logan, a teenager who cannot be identified for legal reasons, was also involved).

Logan’s lifeless body was found in a river on the morning of 31 July 2021. He had over 50 injuries, including catastrophic damage to his brain and liver and other internal organs. This was the culmination of months of terrifying violence and neglect on the part of his mother, stepfather and the teenager, known as “Boy X”.

The awfulness of Logan’s final months contrasted vividly with his innocence and zest for life. He was a friendly, energetic and popular little boy, according to his primary school in Bridgend, Wales. He was bright, happy and inquisitive, the school said in a tribute, “with the kind of smile that could light up a classroom”.

Such cases tend to invoke two immediate public responses: despair at the wickedness and inadequacy of the assailants, who often combine immense capacity for inflicting pain with exceptional cunning in covering up their misdeeds; and concern over whether the safeguarding authorities could have done more to prevent the crimes.

There will be concern too that these cases signify a pandemic uptick in abuse and violence against children (although Kyrell’s death predated Covid-19). Certainly this has been a period when family stress has proliferated, when safeguarding has become in some ways less vigilant in lockdown, (a factor exploited, it seems, by Logan’s parents) and when vulnerable children have slipped off the radar.

Occasionally, such terrible cases lead directly to policy change. The cases of Maria Colwell in 1973, Victoria Climbie in 2000 and Peter Connelly (“Baby P”) in 2008, all led to reforms of the child protection system.

The recent cluster of child deaths could have a similar effect; two significant reviews of children’s services are expected to report within weeks.

The first, a government review, announced in the wake of the conviction of Arthur’s killers – his mother was found guilty of murder, his stepfather of manslaughter – will look at the lessons to be learned from safeguarding shortcomings in Solihull, where Arthur was killed, and how they could be applied nationally.

This is likely to be followed by a separate wide-ranging independent national review of children’s social care, chaired by Josh MacAlister, founder of the Frontline charity. Promised in the 2019 Tory general election manifesto, it was billed as “once-in-a-generation opportunity” to overhaul a system perceived as failing vulnerable young people.

Together the reviews will demonstrate many fundamental issues – the adequacy of a system MacAlister has already described as a “tower of Jenga held together by sellotape,” starved of investment for over a decade in which rising child poverty has led to surging numbers of children brought under the auspices of social care.

The determination evinced by the perpetrators of these child killings suggests those people could elude even the most alert of systems. But as the child practice review into the death of Kyrell concluded, such cases happen in a “bigger systems context” of staff burnout, high caseloads, crisis management, and inadequate leadership.

Fixing this wider context of children’s services will not come cheap, and there are no easy fixes. Responding adequately to the lessons and legacy of Arthur, Star, Kyrell and Logan is shaping up to be one of the most important public policy challenges facing the government.
#COVID-19  #Covid
Add Comment