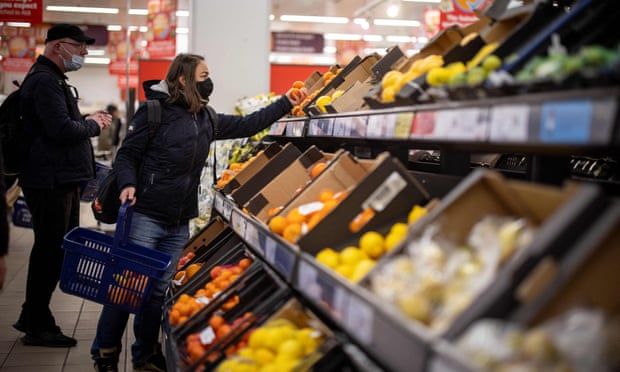 Bank of England’s Huw Pill warns ‘further work needs to be done’ after recent base rate rises
The Bank of England will intensify its squeeze on the economy over the coming months as it seeks to bring down the highest inflation rate in 40 years, its chief economist has warned.

Noting that Threadneedle Street was facing its toughest challenge since being granted independence in 1997, Huw Pill said “further work needs to be done” to bring the annual inflation rate back to the government’s 2% target.

Inflation soared to 9% in April as the rising cost of gas and electricity pushed household energy bills to record levels and the escalating cost of food and transport also contributed to the surge in the cost of living.

The Bank’s nine-strong monetary policy committee has raised borrowing costs at its last four meetings but Pill used a speech in Cardiff to signal further increases were needed to prevent high inflation from becoming embedded in the economy.

“In my view, we still have some way to go in our monetary policy tightening, in order to make the return of inflation to target secure,” Pill said.

The Bank’s latest forecasts for the economy envisage the annual inflation rate rising above 10% in the Autumn – a forecast Pill admitted did not make “pretty reading”.

Pill added the impact of high inflation on the low-income households made it all the more important for the Bank to act.

“These are difficult times for many people, especially for the less well off, who spend a higher proportion of their income on energy and food, where recent price rises have been most significant.

“Current challenges are thus a salutary reminder of the importance of price stability as an anchor for wider economic stability, and a bulwark to sustaining people’s livelihoods, especially for those on lower pay and fixed incomes.”

The Bank cut official interest rates to a record low of 0.1% during the early stages of the Covid-19 pandemic in 2020 but has since pushed them up to 1%.

Pill said the risks of knock-on effects from high inflation were “obvious” and it was now time to remove emergency support for the economy and move back to a higher level of interest rates.

“It is the need for a continuation of this transition in monetary policy that led me to support the 0.25 percentage point hike in bank rate at the May MPC meeting. And, even after this hike, I still view that necessary transition as incomplete. Further work needs to be done.”

Pill said there was a tension between two opposing forces. On the one hand, inflation was “clearly too high”, unemployment low and wage growth inconsistent with hitting the inflation target. On the other, hefty global rises in the cost of food and fuel were eating into consumer spending power.