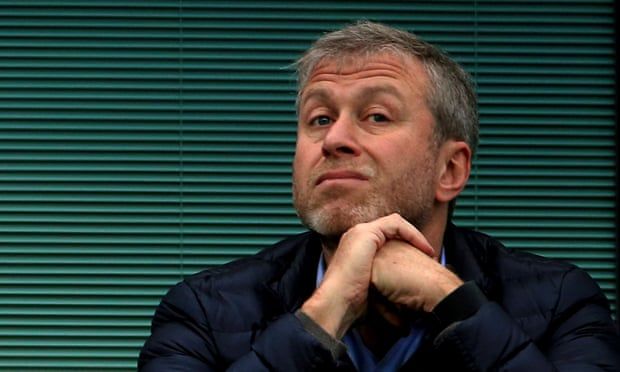 Spokesperson for billionaire says Russian owner of football club was contacted by Ukrainian side
The Russian billionaire Roman Abramovich, the owner of Chelsea football club, is reportedly mediating over the Russian invasion of Ukraine, although his spokesperson has acknowledged he would have “limited” influence.

The move comes amid pressure from campaigners and MPs for Abramovich to be targeted by western sanctions. He made his first public comment since Russia’s invasion of Ukraine, via his Chelsea spokesperson, to claim his help had been requested.

“I can confirm that Roman Abramovich was contacted by the Ukrainian side for support in achieving a peaceful resolution, and that he has been trying to help ever since,” his spokesperson said.

“Considering what is at stake, we would ask for your understanding as to why we have not commented on neither the situation as such nor his involvement.”

The request for his intervention came from the Ukrainian film producer Alexander Rodnyansky. No further details about his role, if any, have been given.

Abramovich has passed the stewardship of Chelsea to the trustees of the club’s charitable foundation, although he remains the owner. Provided he is not sanctioned, he can continue to fund the club. He has disputed reports of his alleged close relationship with Vladimir Putin and denied there is any merit to sanctions being imposed against him.

Last week the Labour MP Chris Bryant used parliamentary privilege to say that Abramovich was identified by the Home Office in 2019 as having links to the Russian state as well as to “corrupt activity and practices”. Quoting from a leaked Home Office document, Bryant said the UK should seize Abramovich’s assets and bar him from owning Chelsea.

The UK foreign secretary, Liz Truss, has claimed the UK has a “hit list” of Russian oligarchs who will face sanctions over the coming weeks, and said there would be “a rolling programme of sanctions” once the cases against individuals were legally watertight.

Truss also said the government would be bringing forward its long-awaited economic crime bill this week to make it easier for assets to be targeted, by enforcing more transparency about ownership.

So far only eight Russian oligarchs have been identified as being subject to individual UK sanctions but officials are understood to be examining more than 100 individuals as potential targets, with more names expected to be released in the coming days.
Add Comment