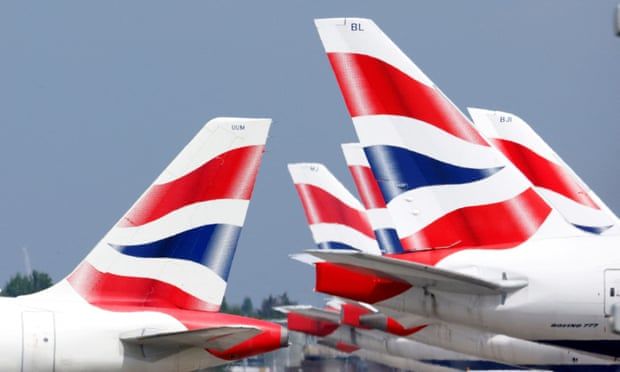 ‘Chaos’ at Heathrow after British Airways cancels all short-haul flights

The cancellations were unrelated to cyber-attacks and involved hardware issues, the company said.

The grounding resulted in suitcases piling up, departure boards turning red and travellers voicing anger as some attempted their first holiday since the pandemic began in 2020.

Hundreds of people queued outside Terminal 5 as staff were letting passengers into the building only an hour before their flight, because of the backlog inside.

“It was absolute chaos and completely disorganised at Heathrow this morning,” said Alexander Reeves, a 30-year-old public affairs worker whose flight to Geneva was cancelled.

Reeves said he had paid £120 for his initial flight to go skiing with friends – his first holiday since Covid hit – but had to pay another £200 for a one-way ticket to Geneva from London City airport. “I’m very frustrated,” he said. “The lack of clear communication is also very poor.”

She said her family had not been on holiday for three years and were missing a day of their week-long break in Austria. “There was no information from BA at all – nothing. The news has told us more about what is going on,” she said.

BA’s website and app were inaccessible for hours on Friday evening, preventing customers from checking in online or booking flights.

The airline said long-haul flights were still operating but customers may experience delays, with the groundings also potentially causing delays for BA’s Gatwick and City flights.

BA said in a statement: “We are extremely sorry that due to the continuing technical issues we are facing we have regrettably had to cancel all short-haul flights from Heathrow today until midday.

“We are offering customers on cancelled services options including a full refund and all customers booked to travel on short-haul services from Heathrow today can opt to rebook to a later date for free if they choose. We will be contacting customers proactively.”

Jennifer Lockie, 42, from Oxford, whose flight home from Madrid was cancelled, said: “We’re exhausted and the uncertainty is draining.” She said she had sat on the tarmac for two hours on Friday evening before disembarking without flying.

“A major failing in all of this was not just the lack of communication but that no consideration was given to families with small children,” she said, referring to her seven-year-old daughter.

The outage is BA’s second in 10 days. BA told customers travelling later on Saturday to check their flight status on ba.com before coming to the airport “as we anticipate further disruption during the day”.