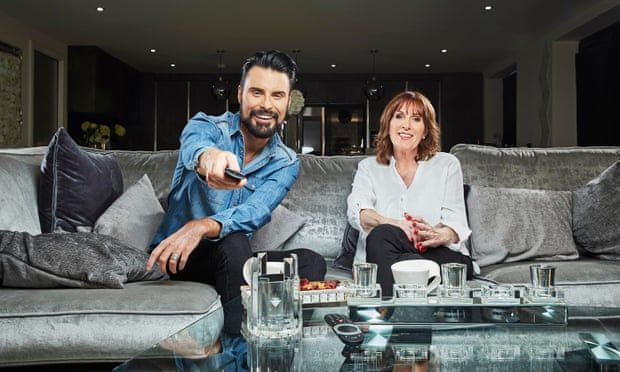 In a strongly worded letter to the prime minister, the MPs – who include the former culture secretary Karen Bradley and ex-cabinet minister Damian Green, as well as the chair of the foreign affairs select committee Tom Tugendhat – insist that a case for privatisation has not been made and that ministers should “leave it alone”.

The signatories, who also include the former minister Stephen Hammond and two MPs from “red wall” seats – Simon Fell (Barrow and Furness) and Andy Carter (Warrington South) – write that Channel 4 is “self-sufficient and successful, making no drain on the public purse”, and plans for a change of ownership are unnecessary.

They add: “Margaret Thatcher created Channel 4 as a publicly owned, non-profit public sector broadcaster that would act as an incubator for independent, risk-taking, innovative private sector companies. She had a vision to level up the broadcasting landscape and she succeeded spectacularly well. We should maintain her legacy, not put it at risk.”

Their intervention comes as Johnson seeks out what he believes will be big and eye-catching “red meat” policy announcements while he seeks to head off a leadership challenge following the “partygate” scandal, which has enraged many of his MPs and Tory members.

In January, with a reformist agenda in mind, the culture secretary, Nadine Dorries, confirmed that the BBC licence fee would be frozen at £159 until April 2024, meaning cuts to the corporation’s budgets. Dorries said she could “not justify extra pressure on the wallets of hardworking households”.

Last year, under her predecessor, Oliver Dowden, the Department for Digital, Culture, Media and Sport (DCMS) also announced a review of Channel 4’s structure. The channel has been under government ownership since its 1982 launch during Thatcher’s first term. But ministers now argue that disruption from streaming giants has altered the broadcasting landscape to the point where Channel 4 might benefit from private ownership.

The broadcaster is also seen by some Conservatives as prone to political bias, which defenders of Channel 4 believe is driving the reform plans.

In their letter to the prime minister, the MPs argue that rather than being a problem, Channel 4 is an impressive success story, one that is achieving what Thatcher had intended by helping deliver on levelling up and by encouraging entrepreneurship.

They write: “It [Channel 4] is self-sufficient and successful, making no drain on the public purse. It also plays a vital role in the broadcasting ecosystem, not least in commissioning programmes from more independent production companies, and more small independent production companies, than any other public service broadcaster. Channel 4’s support for regional SMEs is unique. The channel’s support for these companies through its commissioning targets already goes far further than is required, and further than any other public service broadcaster.

“It is in many ways an engine of small production company growth outside the M25, giving a platform to regional businesses, which we should be nurturing and growing. Regional voices have long struggled to break into the broadcasting landscape; Channel 4’s current ownership structure ensures more will be heard. In doing this, it plays a crucial role in supporting British businesses in one of the UK’s most internationally successful and iconic industries. To put it simply: Channel 4 isn’t broke, and doesn’t need fixing.”

Since it was founded, Channel 4 has been editorially independent while being owned by the state. It receives its funding from advertising and has a remit to commission distinctive programming and deliver to diverse and under-served audiences across the UK. Unlike other broadcasters, Channel 4 is also required to reinvest its profits in new shows, funnelling cash to the independent production companies that make all its programmes.

The MPs suggest that ministers are considering reform without having identified a public interest for doing so.“The government does rightly recognise the unique contribution Channel 4 makes to our broadcasting and cultural sector,” they say.

“It has suggested that it may place certain conditions on the sale of Channel 4: on commissioning a certain amount of its programming from independents, on a commitment to levelling up through regional commissioning and retaining its new Leeds headquarters, and on demonstrating innovation and distinctive character in its programming. This is all well and good, but all of it relates to things which Channel 4 already does and which its commercial and PSB competitors do not do, or do not do to the same extent. An easier solution exists: leave it alone.”

Channel 4 has to meet what is called a nations and regions quota, requiring it to commission at least 35% of its first-run content, in terms of both hours and spend, outside the M25. ITV has the same quota, but unlike ITV, Channel 4 has made a voluntary contribution to increase this to 50% by 2023, which it is on course to meet: up to £250m additional investment in the nations and regions compared with what is legally required.

A DCMS spokesperson said: “We value Channel 4’s contribution to levelling up and are clear its public service broadcasting remit and our commitment to independent regional productions would continue following any potential sale.

“There is a wealth of evidence on the challenges for linear TV broadcasters, and it is right we consider a change in ownership to support Channel 4’s long-term sustainability. This could allow more and quicker investment in creative content and platforms to support the wider creative industries.”
#Boris Johnson  #Johnson
Add Comment