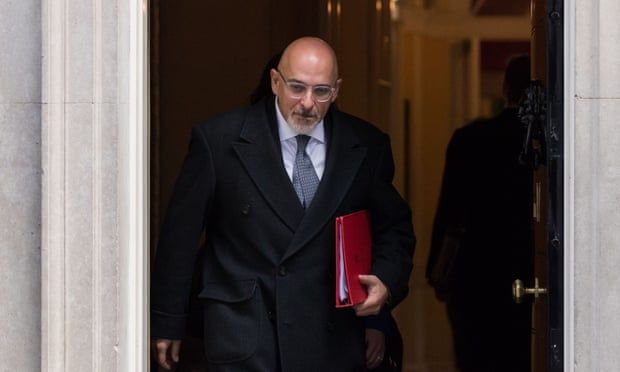 Unions write to education secretary calling on him to withdraw orders issued to group of Catholic schools
The Catholic church is at the centre of a legal battle over attempts to force Catholic schools to become academies run by its own multi-academy trusts, against the wishes of school governors and headteachers.

A consortium of school staff unions, including the National Association of Head Teachers and the Association of School and College Leaders, has written to Nadhim Zahawi, the education secretary, calling on him to withdraw academy orders issued to a group of Catholic schools by the Department for Education (DfE) or face legal action.

The threat came after the church’s Hallam diocese asked the DfE to order academy conversions for 19 Catholic faith schools in the diocese, which covers South Yorkshire and parts of Derbyshire and Nottinghamshire, including voluntary-aided schools.

If successful the order would make all the schools into academies and place them in one of two new multi-academy trusts to be administered by the diocese, along with academies already members of other trusts.

But the unions, including support staff who are members of Unison, say schools leaders and governors do not want to change their status and that they are prepared to seek a judicial review in the high court if Zahawi does not withdraw the orders.

Schools can only be forced to become academies is if they are eligible for intervention, usually if they are rated as inadequate by Ofsted inspectors. None of the schools targeted by the diocese are in that category. Otherwise, the DfE can only make an academy order if it is requested by a school’s governing body.

“We understand that the governing bodies of these schools have not applied to the secretary of state for academy orders. The academy orders appear to have been made on the application of and/or at the behest of the diocese,” the letter from the unions states.

“The secretary of state is invited to confirm in writing that the academy orders are void and of no effect.”

Geoff Barton, the general secretary of the Association of School and College Leaders, said: “We are deeply concerned by what appears to be an abuse of the process of schools becoming academies. It is perfectly clear that the decision must come from governing bodies and yet this appears to have been flagrantly ignored. Nadhim Zahawi must intervene and put a stop to this sorry episode.”

Other dioceses in England have been pushing schools to convert and join approved trusts, including the Birmingham diocese, which contains 240 schools, of which 90 retain voluntary-aided status.

The DfE said it would respond to the letter “in due course”. “We are working with the diocese of Hallam as they establish an academy trust in consultation with their schools, and in accordance with all legal requirements and our memorandum of understanding with the Catholic church,” a spokesperson said.

In a letter sent to school leaders last year, the bishop of Hallam, Ralph Heskett, said he had “determined” that Catholic schools in the region would be best supported by becoming academies and joining specified trusts.

“A Catholic multi-academy trust model throughout the diocese will mean that no individual school will be left isolated or vulnerable in this rapidly changing educational environment,” Heskett said.
Add Comment