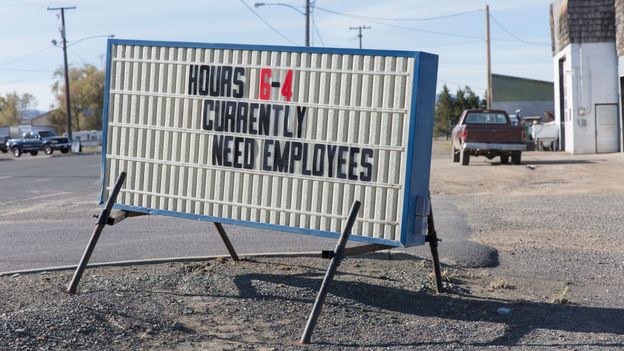 Can newfound worker power change the workplace for good?

Employees have more agency due to the labour shortage. But is it actually making a long-term difference?

In 2021, US employees left the workforce in record numbers, leaving millions of positions unfilled. Similar patterns have played out in the UK; in January, the Office for National Statistics announced a record-high of more than 1.2 million job vacancies. For months, employers have struggled to fill open roles and keep existing workers from moving on.

These figures imply that employers are on the back foot, compared to workers, who are in a new position to bargain with current and prospective bosses. And indeed, amid an incredibly tight labour market, many employees can afford to cherry-pick roles that align with their values, command higher salaries or tailor work perks for a new hybrid set-up.

And beyond finding themselves with the upper hand in a hot job market, many workers are also becoming more active in labour issues; in the US particularly, a wave of strikes and increased union activity has swept across both knowledge- and service-work jobs. “People are increasingly unwilling to accept substandard working conditions of all kinds,” says Benjamin Sachs, professor of labour and industry at Harvard Law School. “That includes poor pay, a lack of resources or not feeling respected on the job.”

The worker shortage has seemingly emboldened employees. But where is this newfound power truly making a difference? And does it mark a permanent shift in the dynamic between employers and their staff, or is it merely a fleeting labour market trend?

Where power is bringing change

Workers are harnessing power to spur change in a few distinct arenas – most are connected to better working conditions, from pay to benefits to workplace health and safety.

First, the high demand for workers amid a limited supply is increasing salaries, particularly among private sector workers. According to data from the US Bureau of Labor Statistics, the average hourly earnings of all employees in the private sector rose to a record $31.63 (£23.37) in January – nearly $2.00 more than a year earlier. 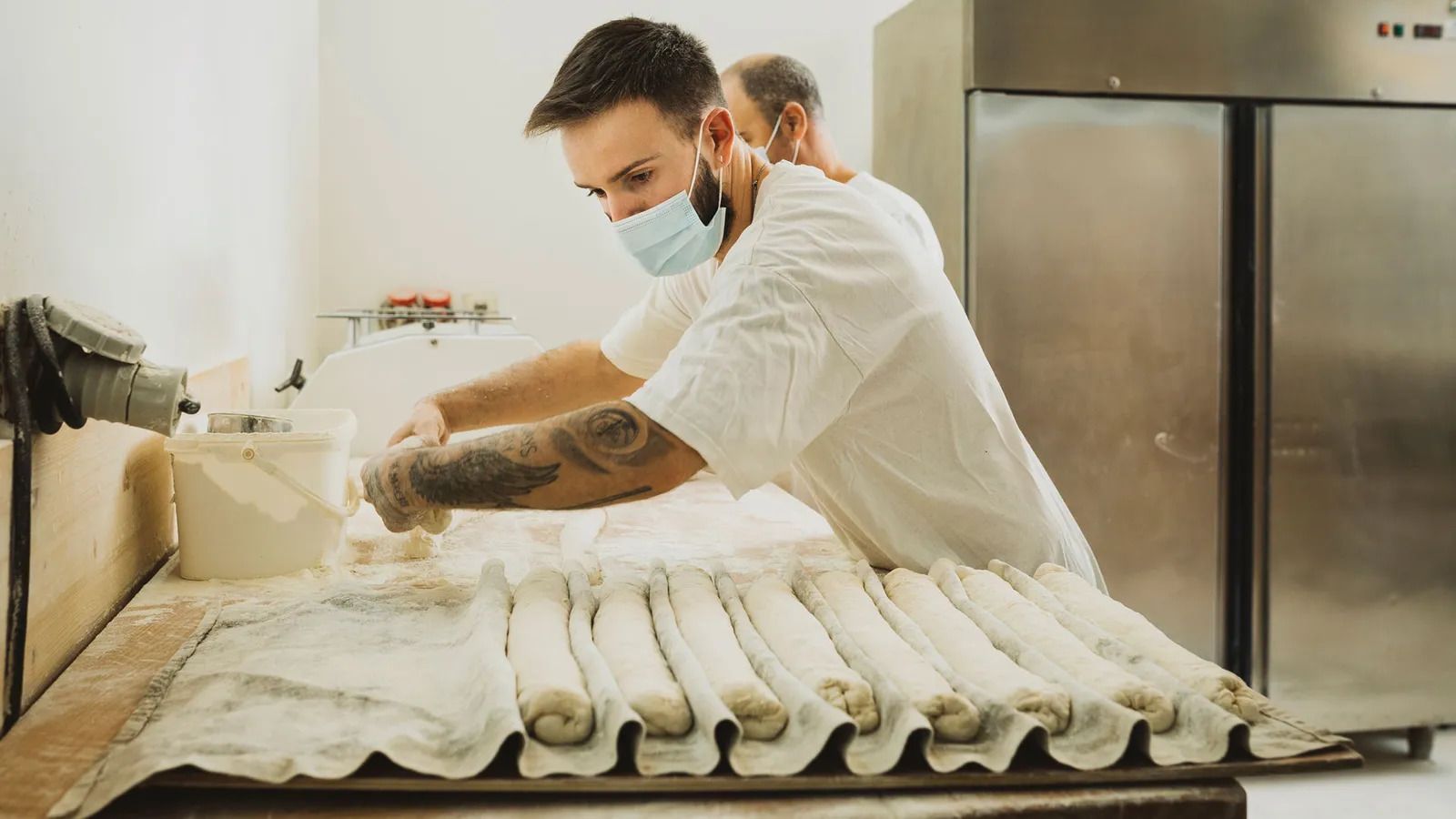 Smaller companies have been incentivising workers with higher wages and benefits to keep them working, especially during the pandemic

In service jobs, where pay can be a barrier to keeping workers, major businesses have also been forced to introduce multiple wage hikes; smaller companies are incentivising staff with new benefits, such as health insurance. “Those in hospitality and retail seem to have more power than they did previously because of labour shortages,” says Abigail Marks, professor of the future of work at Newcastle University Business School, UK.

In October 2021, a burst of employee activism and strikes occurred across America, particularly in the private sector. Dubbed ‘Striketober,’ swaths of workers walked out on their jobs across multiple industries; many demanded better pay and treatment after working through the pandemic, often in roles that were deemed essential. In the largest instance, 10,000 workers at manufacturing firm John Deere went on strike – the biggest of its kind in the US for two years.

Workers are also applying pressure to some of the biggest companies in the world – and winning. In one example, Amazon previously had a policy that banned employees from break rooms and non-work areas for more than 15 minutes either side of their shift. However, following a recent settlement with the American labour regulator, Amazon now has to allow its 750,000 employees in the US to organise within the buildings. “I think the current National Labour Relations Board is the most progressive – and the most activist – one we’ve seen in generations,” says Sachs.

In the UK, the past year also saw Uber agree to recognise the GMB trade union for its 70,000 private hire drivers – the first time a gig economy ride-hailing app has accepted collective bargaining. “To allow recognition of a trade union is very important,” explains Marks. “If conditions don’t improve, then people have at least the opportunity to take action.”

As hybrid and remote working increases, the workplace is becoming more and more fragmented. Although that can make it harder for informal conversations to take place between employees around pay and working conditions, online communities are growing in response, offering networks for home-based employees to take collective action, digitally. “There is growing evidence that there is more informal organising being done online,” says Marks. “It’s the logical way forward, and it helps empower people.”

Why employee activism only goes so far

While there has been a rise in worker power in the short term, there are still few signs that any changes are likely to stick.For one, the labour movement is hampered by the waning presence of trade unions. Sachs says, “The popularity of unions is going up and up – but actual union density is going down.”

In 2021, fewer than 10% of American workers belonged to a union. The disconnect is down to the law, explains Sachs. In 1947, the US government passed the Taft-Hartley Act to restrict the power of unions. Boycotts of businesses that workers had no direct dispute with, such as places where their employer bought or sold products, were made illegal, as were closed shops, where employers could only hire union members.

Union membership has been on a downward trajectory in the decades since. “Although the law still guarantees workers the right to form and join a union if that’s what they want,” adds Sachs, “it’s a right that’s been eviscerated over time through judicial opinion and employer practises.”

That means workers face an uphill battle in trying to institutionalise their power.

“Employees need a collective organisation that channels their demands: a union,” says Sachs – but it is becoming increasingly difficult to push them through. He cites Starbucks workers in the US, who are currently trying to organise shop by shop, only to be met with corporate resistance. Forming – and therefore joining – a union is made all the more challenging, given that employers are reticent in recognising them. Sachs adds that the law also gives management the leeway to fight unionisation. 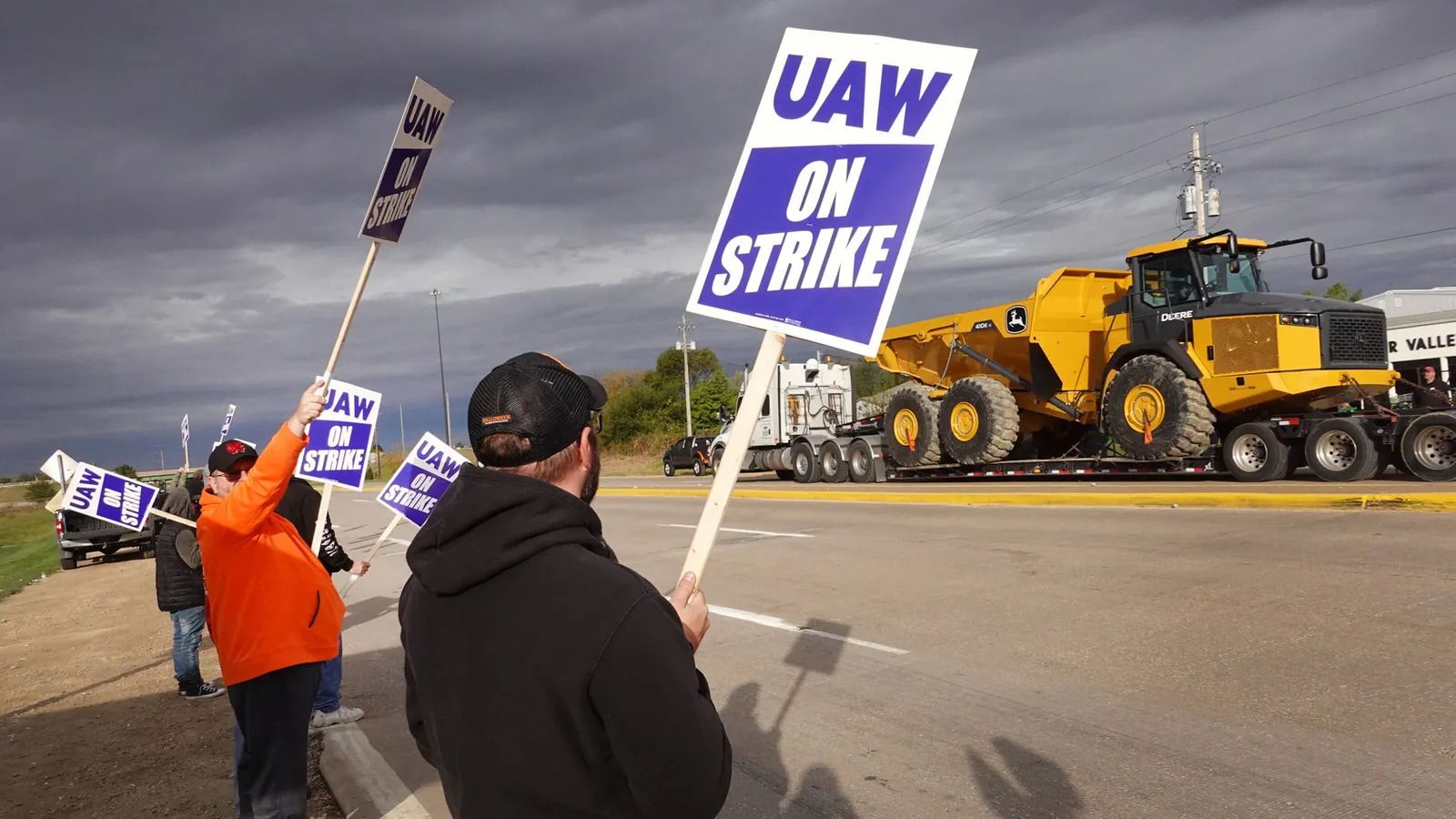 In the US private sector especially, a burst of employee activism has led some workers to strike and form unions

And while wages are on the rise, so too is the cost of living. In many cases, experts say, market conditions, rather than employee power, are dictating that pay needs to increase. “Although salaries are going up, it’s often not in proportion to rising bills and energy costs,” says Marks. “Many workers in the UK public sector haven’t had pay rises – their real wages are going down.”

In many cases, the recent surge in worker power is making a short-term difference. But it doesn’t paint the full picture of where we might be going in the future.

Much of this activity has been reactive by employers, who are scrambling amid the unprecedented hiring crisis. “For those in higher demand now, like hospitality workers, they have more power than before,” says Marks. “But it’s because of a short-term labour market issue, rather than from employee power or employer goodwill.”

The employee activism we’re currently seeing could then also shift back once the labour shortage normalises. “History shows that if workers don’t have an institution, organisation or mechanism to translate their market power into some kind of sustained form of collective voices, then these signs of optimism soon fade,” says Sachs.

Systemic change is still yet to happen. Unless the provision of entitlements like paid holiday, minimum wages and other benefits is enshrined in law, any employee gains made at local or company level can be easily rolled back once market conditions allow companies to do so. “Anything an employer gives today can be taken away tomorrow,” adds Sachs.

So, while we’re currently witnessing the pendulum swing towards employees, there are no guarantees that it won’t swing back to employers. We don’t know, however, when that might be, how long the labour shortage could go on for or even what the pandemic has still in store.

For all the progress made by workers, there is currently little certainty about how much will remain for good. Marks says: “The employee power that we’re currently witnessing is manifesting for a small group of people at a particular point of time – and we just don’t know what will happen.”