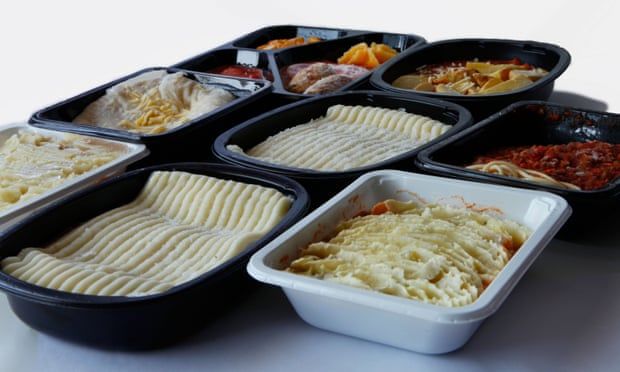 A broad and eclectic coalition of more than 100 businesses and campaigners on health, food and the environment is calling for the government to enshrine tough food targets in law, amid concerns that Boris Johnson is about to ditch anti-obesity measures.

Greggs, Aldi, Tesco and other major food businesses have joined groups including the National Trust, RSPB and British Heart Foundation in urging ministers to introduce legally binding targets that would force successive governments to take long-term action to tackle the obesity epidemic, with one in four people in the UK classed as very overweight.

Writing in today’s Observer, the coalition says the government must seize “a once-in-a-generation opportunity” to transform England’s food system, when it publishes a white paper next month in response to Henry Dimbleby’s national food strategy.

Dimbleby, the co-founder of the Leon restaurant chain, called for wide-ranging reforms to agriculture and a tax on sugar and salt. He also said the government should set targets so that, by 2032, people are eating 30% more fruit and vegetables and 50% more fibre, and to cut consumption of meat by 30% and foods high in fat, salt and sugar by 25%.

Ministers promised to respond with a white paper, usually a precursor to new legislation, but Johnson said he was “not attracted” to the idea of levies on salt and sugar.

Campaigners say this would not lead to more expensive food, but would allow food manufacturers to reduce salt and sugar without fearing that a competitor will undermine them. The Soft Drinks Industry Levy has led to manufacturers reducing 44 million kg of sugar each year from drinks in the UK.

Most of the UK’s major supermarkets, contract caterers including Sodexo, Bidfood and Compass, and food manufacturers such as Young’s Seafood and Greencore, which makes ready-meals and M&S sandwiches, have all backed the call for tough targets. Last year, the government introduced restrictions on in-store promotions and buy-one-get-one-free offers to remove junk food from checkouts.

But measures to introduce a 9pm watershed on TV advertising for junk food are reportedly under threat as part of the prime minister’s “Operation Red Meat”, to win over Tory backbenchers. Ministers are believed to be considering removing the measure from the Health and Social Care bill when it returns to the House of Commons next month, which led to Jamie Oliver accusing Johnson of “playing politics” with children’s health. 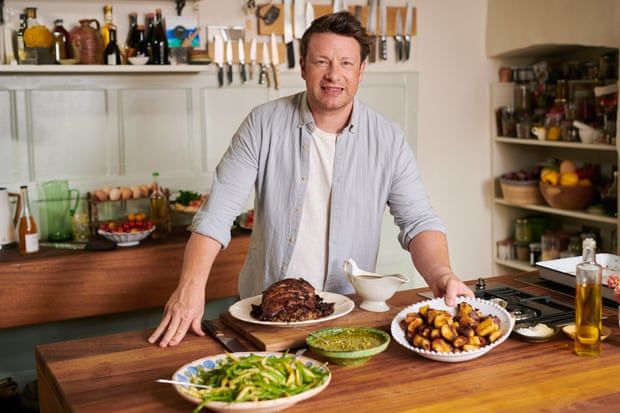 Dr Charmaine Griffiths, chief executive of the British Heart Foundation, said it was vital for the government to forge ahead with the ad watershed, as well as bring in a new food bill.

“A food bill could make everyday foods healthier for everyone, which in turn could help to address stubbornly high obesity rates and boost the nation’s heart health,” she said. “In particular, we support recommendations for an industry levy to drive down salt and sugar content.”

Kath Dalmeny, Sustain’s chief executive, said educating people to make healthier choices was not enough. “We can’t solve the obesity crisis through willpower and exercise alone. That policy approach is tried and tested; it has spent a lot of taxpayer money and it has failed. Businesses say they need a level playing field to prevent being held back by a system that is skewed in favour of junk food. We need the government to be bold, to take action and put laws in place that help tackle the systemic problems in our food system.”

The Food Foundation’s executive director, Anna Taylor, said that re-orienting the food system was “an urgent priority. It needs the commitment of successive governments, which can only be achieved through a good food bill which sets out how progress will be tracked and by whom.”

Environmental campaigners said there needed to be a “radical rethink” of food and farming. “The drastic declines in wildlife are a red flashing warning light that our current ways of producing food are damaging the very ecosystems that support future food production,” said Katie-Jo Luxton, the RSPB’s executive director for global conservation.

“We need a radical rethink of our food and farming system to put ourselves on a new path to enable restoration of our fragile countryside so that it can deliver the government’s net zero and nature positive commitments, as well as improve health and reduce inequalities so that everyone can have access to abundant nature and wildlife-friendly food.”

Katie White, executive director of advocacy and campaigns at WWF, said: “Sustainable, affordable and healthy food should be the norm, not the exception. The UK government needs to take urgent, co-ordinated action to fix the broken food system. We need them to deliver an integrated national plan to reduce the environmental and health impact of food produced and consumed in the UK. This would enable farmers to speed up a transition to regenerative farming. At the same time, we need businesses and policymakers to take action to ensure that UK supply chains are truly sustainable.”