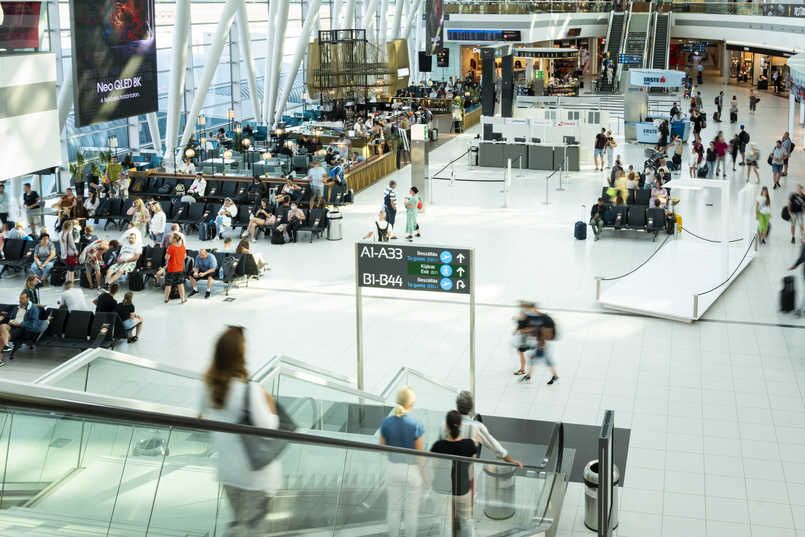 A total of 712,910 passengers passed through Ferenc Liszt International Airport in October 2021, up nearly 1,035% year-on-year, according to a press release by operator Budapest Airport.

The October numbers represent the highest passenger count since March 2020.

A total of 33 airlines offered 113 destinations from Budapest Airport in October, with London, Amsterdam, and Frankfurt remaining the busiest destinations. The fall school break and the pleasant weather at the end of October also played a role in the surge in passenger numbers, with many people opting for a few days of sightseeing in Europe and holidays abroad during the school and kindergarten break.

October also brought a record in cargo traffic; the volume of cargo handled by the BUD Cargo City came to 15,292 tons during the month, which is more than 33% higher compared to the same period last year, and even 19% higher than the levels registered in October 2019. October was the seventh month in a row when the cargo base performed above 15,000 tons, which also means that Budapest Airport fulfilled the target set for 12 months in just 10 months, and reached 150,000 tons handled ahead of time.

Thanks to the better utilization of existing cargo flights and the partial return of belly cargo on board airliners, the number of flights only increased by 7% in one year, compared to a 40% increase in freight volumes.

This also means that if this trend continues, the BUD Cargo City will have its strongest year ever in 2021, and could even reach 180,000 tons, the operator says.

In line with the increase in passenger traffic, Budapest Airport continued to conduct the international passenger satisfaction survey (ASQ - airport service quality). The survey gives passengers the opportunity to rate their impressions of the airport environment for 37 different quality aspects, on a scale of one to five.

The overall satisfaction level of the passengers interviewed within the framework of the Q3 2021 ASQ survey was 4.14 on a scale of five - the highest satisfaction score the airport has recorded since the ASQ survey began at Budapest Airport in 2006.

Of the 37 categories surveyed, Ferenc Liszt International Airport achieved an increase relative to its peer airports in 36 categories.