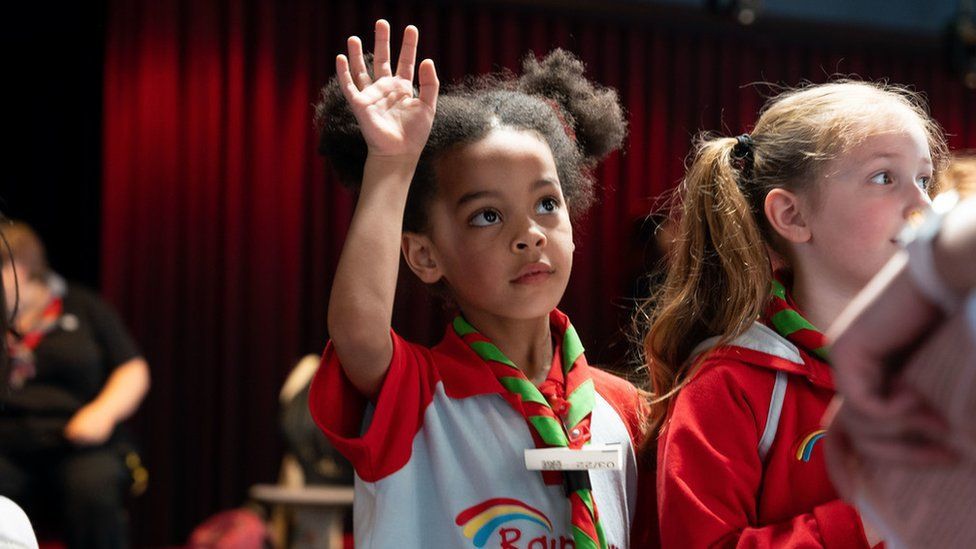 Brownies to learn coding to get more girls into science

Brownies are to start learning to code while younger girls in Rainbows will explore app design in a bid to inspire more of them to take up STEM subjects.

Just over half (52%) of girls aged 11 to 21 think STEM (science, technology, engineering and maths) subjects are for boys, a Girlguiding survey has shown.

Now new digital skills activities are being rolled out to the charity's national programme for ages five to 18.

"It was so much fun. Fixing bugs was hard, but once I tried it a few times, I could do it", she said. 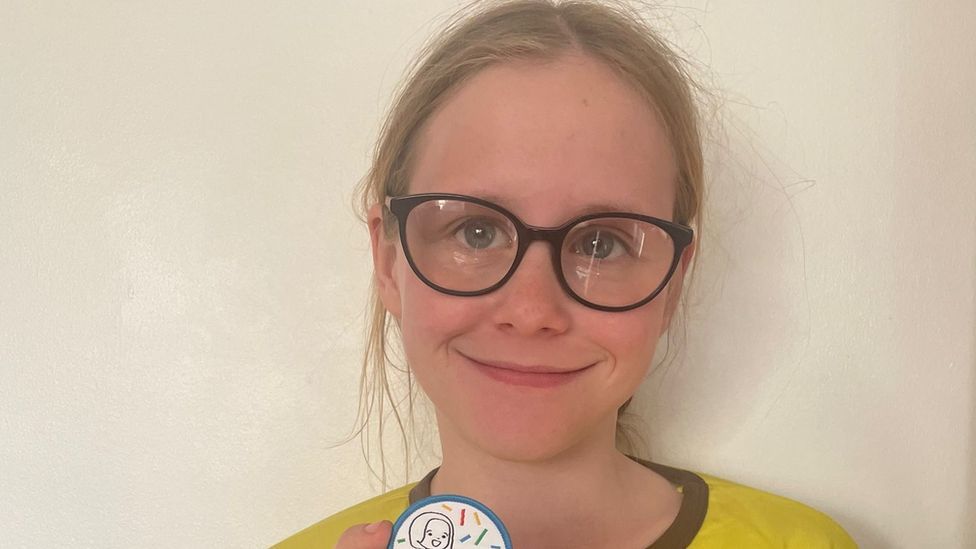 Peyton said once she had a few goes, she could do it

Rainbows, the organisation's branch for four to seven-year olds, will be taught about app design through an app based on rescuing unicorns.

Older girls in Brownies, who are up to 10, will be writing code for a robot - in the sessions available to almost 400,000 girls.

In the organisation's attitudes survey, 42% of girls said they did not feel there were enough women role models in STEM sectors.

However the survey of about 2,000 girls and young women did show younger girls were less likely to think STEM subjects were for boys - with only 13% of girls aged seven to 10 agreeing. 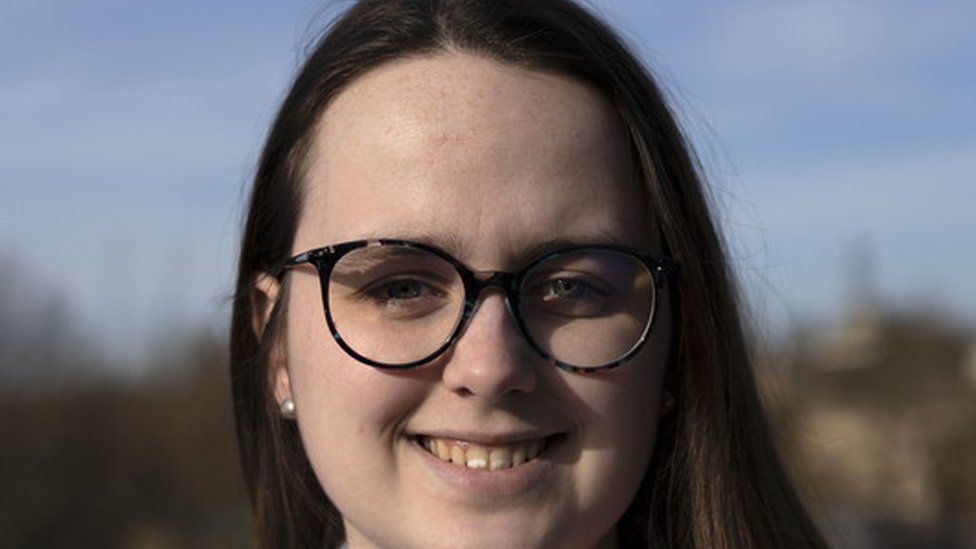 Maddie Wray-Reynolds says the sessions "are just so fun"

Maddie Wray-Reynolds, who runs Brownie and Guides units, said the statistics were "quite worrying when girls have so much to offer",

She recalled one session during which an eight-year-old told her she couldn't be a doctor because she was a girl. "It's really upsetting," she said.

The programme would "show girls who aren't given the opportunity in other parts of life that they can do it here", said the 23-year-old from Cheltenham, Gloucestershire.

"The activities are just so fun…everyone has heard of Google, even the five-year-olds," she told the BBC. 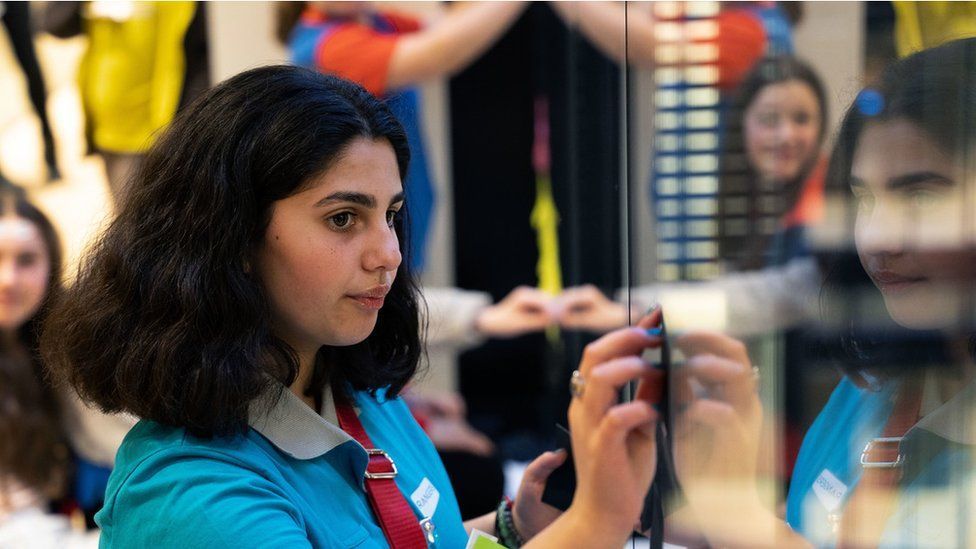 The "build a phone" sessions for Rangers, aged 14 to 18, will explore ideas about phone designing

Girlguiding said the activities were aimed at encouraging more girls and young women to pursue interests in technology and engineering - and tackle gender stereotypes.

For older girls, in the Guides and the Rangers, there are sessions on chatbots and phone design, which have been designed in partnership with Google.

Girlguiding initially partnered with the tech giant in 2018 to launch digital adventure badges for Brownies and digital design badges for Rangers. More than 15,000 girls took part.

Now there will be a digital design Google badge for all age groups, from Rainbows to Rangers. 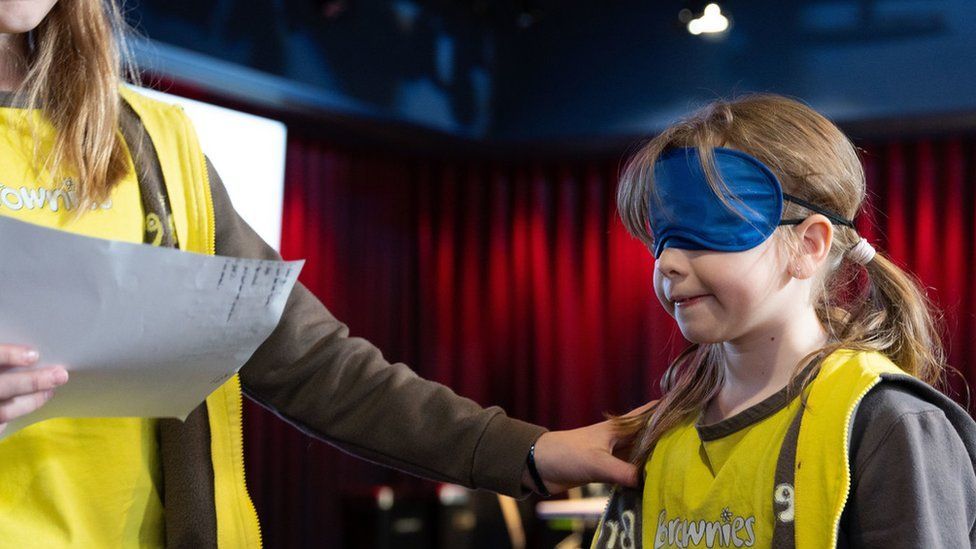