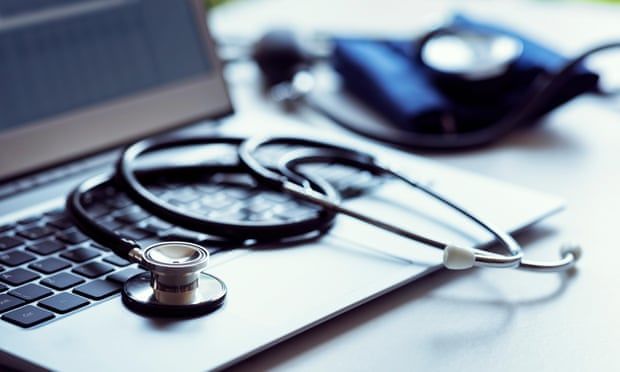 ‘Broken and exhausted’: GPs in England vote in favour of industrial action

Indicative BMA ballot follows government drive to force surgeries to increase face-to-face appointments
GPs in England have voted in favour of taking limited forms of industrial action to protest against the government’s drive to force them to see patients face to face.

The results led the profession’s new leader to warn ministers that “demoralised, broken and exhausted” family doctors may refuse to undertake some normal duties to show their anger.

Four in five (80%) of the GPs who voted in an indicative ballot organised by the British Medical Association backed the withholding of information about how they hold appointments, to thwart the government’s plan to “name and shame” surgeries that see too few patients in person.

Even more (84%) indicated their willingness to refuse to comply with the issuing of Covid-19 exemption certificates, which those who remain unvaccinated on medical grounds may need, for example, to work in a care home, where vaccination for staff is mandatory.

“The results of the indicative ballot show that the profession has had enough. Relationships are broken and trust has been lost,” said Dr Farah Jameel, the new chair of the BMA’s GP committee (GPC).

“Ultimately we don’t want to have to take action – we want to see action,” she added, in a plea to the health secretary, Sajid Javid, to do more to reduce GPs’ huge workloads.

Each of the 5,144 GP practices in England where a partner is a BMA member had a vote. However, only 1,798 took part – a 35% response rate – which may indicate a reluctance to take industrial action.

A smaller majority (58%) said they would support their GP practice withdrawing from their local primary care network’s directed enhanced service, which could mean GPs scaling back visits to care homes, for example.

“Every day we move from being applauded to being vilified, these sentiments stoked by biased media coverage, divisive policies and divisive politics,” said Jameel, a GP in north London.

She said she hoped her election last week would lead to “a reset” of the GPC’s currently fraught relationship with Javid. However, it is understood that there is as yet no plan for her to meet Javid or any other health minister to discuss how to resolve the impasse over GP access.

Hopes of a resolution were raised last week when Javid postponed until next year plans to force GPs who make at least £150,000 a year from the NHS to disclose their earnings.

The Department of Health and Social Care has been approached for a response.
#COVID-19  #Covid
Add Comment