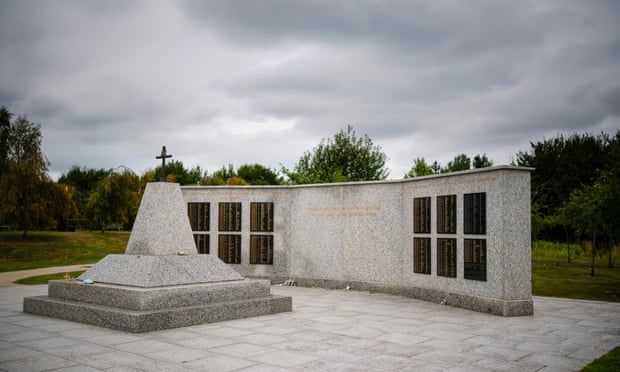 James Heappey, armed forces minister, says it is important to let veterans know their service was not in vain
British veterans of the conflict in Afghanistan will be feeling vulnerable and questioning whether their service was worth it as they witness the country fall to the Taliban once again, a UK government minister has said.

James Heappey, the armed forces minister and former British army officer, was forced to backtrack during media interviews on Monday over a claim he made that a soldier who served in Afghanistan had taken his own life in the last few days.

Heappey had told Sky News that the soldier killed himself over the withdrawal of foreign forces and subsequent resurgence of the Taliban but in later interviews with other outlets said he appeared to have been mistaken.

On BBC Radio 4 Today’s programme, he said while he was “embarrassed” that he had made the mistake, it did highlight an “important point” that Afghanistan veterans would be feeling “more vulnerable” and questioning whether their service was worth it.

Heappey, who served at least two tours in Afghanistan, including in Sangin in Helmand Province in 2009, said: “At this particular time it is veterans of the conflict in Afghanistan that are feeling particularly vulnerable and everything we can do to tell them their service is valued, we respect it, it wasn’t in vain is important.”

He was speaking as the Taliban claimed to have taken control of the Panjshir valley, the last Afghan province holding out against their rule.

The prime minister, Boris Johnson, is expected to announce an additional £5m to help military charities offering mental health support for veterans with the aim of ensuring “no veteran’s request for help will go unanswered”.

Johnson and the foreign secretary, Dominic Raab, have both been subject to criticism over the withdrawal of foreign forces from Afghanistan and their response since the Taliban takeover.

The Taliban took control of Afghanistan three weeks ago, taking power in Kabul on 15 August after the western-backed government collapsed and the president, Ashraf Ghani, fled the country.

Speaking on ITV’s Good Morning Britain, Heappey said he had revealed details of the apparent suicide after seeing a note posted on social media.

“A suicide note was shared on social media at the back end of last week which referred in very, very accurate detail to the tour that I served on which was with 2 Rifles in Sangin in 2009,” he said.

“I am deeply embarrassed to have reflected on something which I had seen on social media and struck me as very true and had affected me deeply.”
#Boris Johnson  #Dominic Raab  #Afghanistan  #Johnson  #Raab
Add Comment