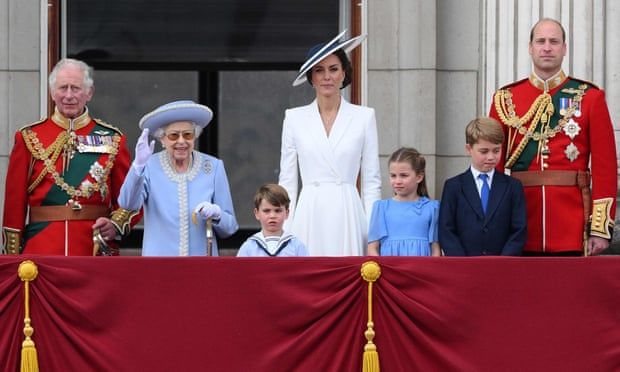 Charles becoming King has created a new hierarchy, with Prince William now first in line to the throne

After the death of the Queen in Balmoral on Thursday, the royal family has a new line of succession. Here is the new hierarchy, with more children than adults now making up the top eight positions.

The eldest son of King Charles and Diana, the Duke of Cambridge is now heir apparent and next in line to the throne.

Kate and William’s oldest son, George, takes William’s place as second in line to become the next British monarch.

After the death of her great-grandmother, seven-year-old Charlotte becomes the most senior female royal in terms of succession.

The youngest member of the Cambridge family, Louis rose to prominence after acting his age at the Queen’s jubilee celebrations.

He has a new life in California but the Duke of Sussex is still fifth in line to succeed his father.

The oldest of Harry and Meghan’s children was born in London.

Named after her great-grandmother, Lillibet met the Queen for the first time this summer.

The Duke of York was stripped of royal duties after the Virginia Giuffre lawsuit was settled but he is still in the official line of succession. 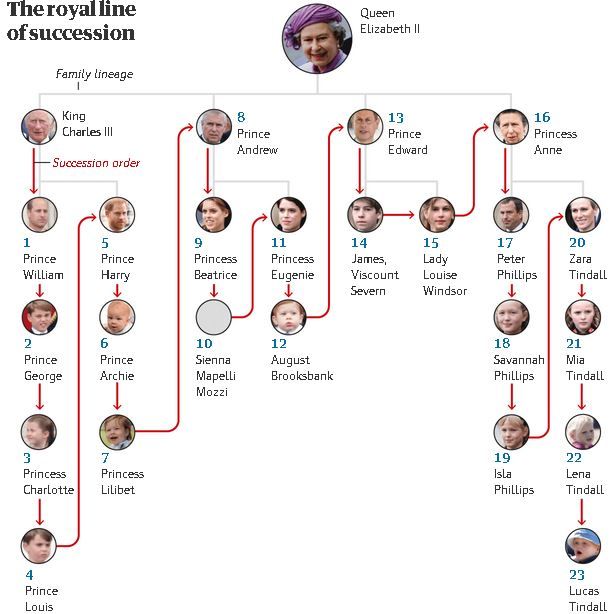