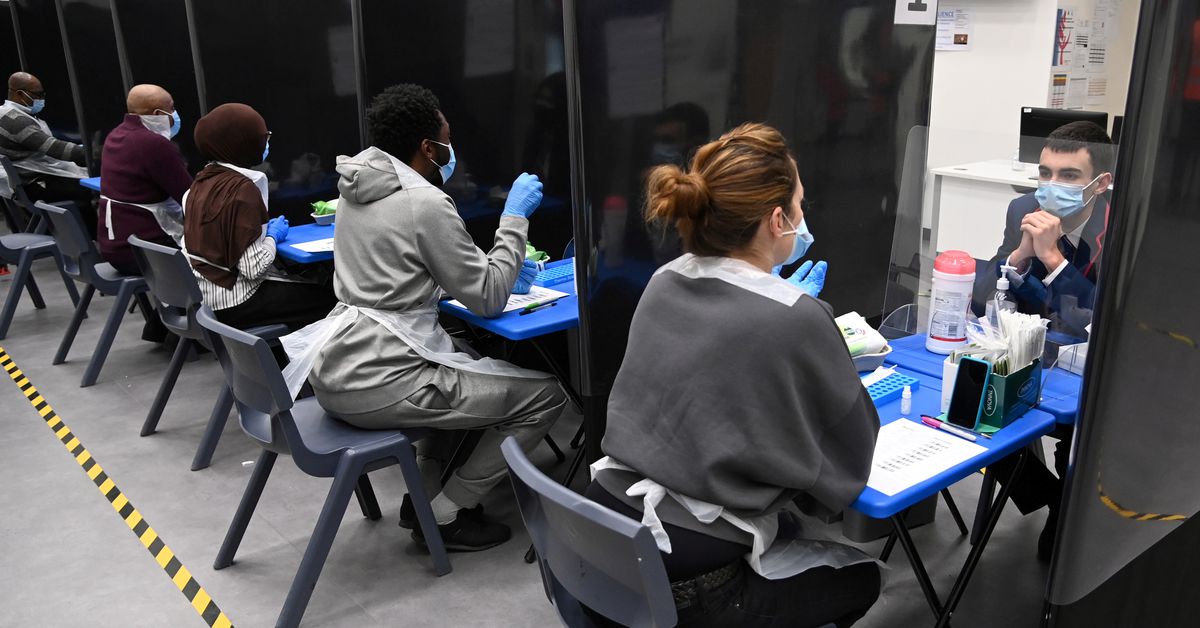 Britain has opted against mass COVID-19 vaccinations for all children and teenagers, with ministers instead preparing to offer doses to vulnerable 12 to 15-year-olds and those about to turn 18, the Telegraph newspaper reported late on Saturday.
The Joint Committee on Vaccination and Immunisation (JCVI) is believed to have advised ministers against the rollout of vaccines to all children until further evidence on the risks is available, the report added.

Under guidance the newspaper said are due to be issued on Monday, vaccine doses will be offered to children between 12 and 15 who are deemed vulnerable to COVID-19 or who live with adults who are immunosuppressed or otherwise vulnerable to the virus.

They will also now be offered to all 17-year-olds within three months of their 18th birthday, according to The Telegraph, which reported that the committee would keep the possibility of vaccinating all children "under review."

In response to the report, Britain's Health Department said that "no decisions have been made by ministers on whether people aged 12 to 17 should be routinely offered COVID-19 vaccines."

Britain on Saturday reported 54,674 new COVID-19 cases, a rise on the 51,870 new cases reported on the previous day to post a fresh highest daily total in six months.
British Prime Minister Boris Johnson is removing most pandemic restrictions in England from July 19, saying a rapid rollout of COVID-19 vaccines has largely broken the link between infections and serious illness or death.

Britain's COVID-19 death toll is among the highest in the world but two-thirds of its adult population have been fully vaccinated.
#Boris Johnson  #Vaccines  #COVID-19  #Johnson  #vaccine  #Covid
Add Comment