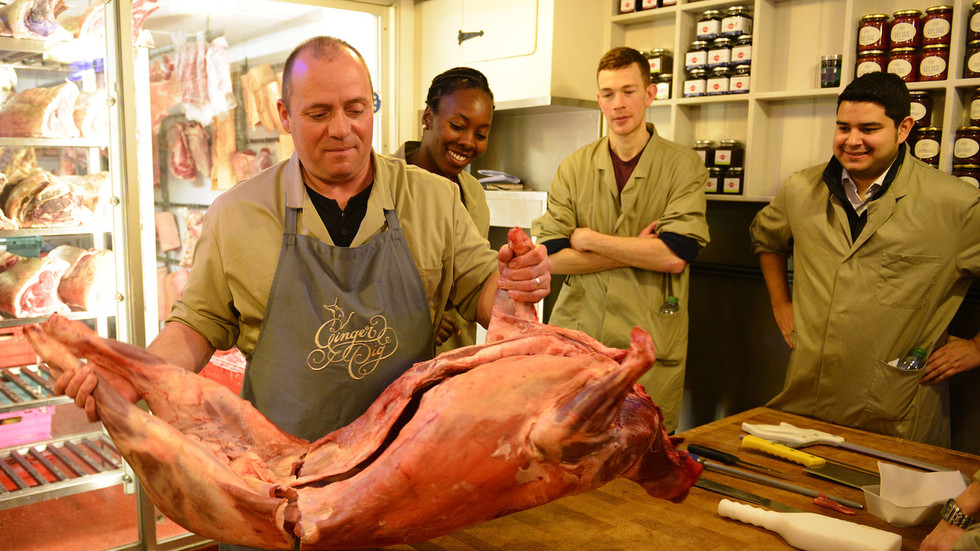 The UK’s meat industry has warned that problems regarding the supply of CO2 could halt production in coming weeks with some firms reporting as little as five-days’ supply of the gas used to stun animals before slaughter.
Speaking to Sky News on Monday, Nick Allen of the British Meat Processors Association told Sky News that the UK was just weeks away from seeing British-produced meat start to disappear from supermarket shelves because of a shortage in carbon dioxide (CO2) used in the slaughter of animals.

“My members are saying anything between five, 10 and 15 days supply,” Allan stated, adding that “the animals have to stay on farm, they’ll cause farmers on the farm huge animal welfare problems and British pork and British poultry will disappear off the shelves.” He suggested that poultry supplies may disappear even faster than other meats.

Allen said the government was working on the issue and would hopefully resolve it. He said Westminster was looking to bring a UK fertiliser plant, which also produces CO2, back online after a jump in gas prices forced several domestic suppliers out of business.

The shortage of CO2 is also affecting the production of beer, cider and soft drinks. The shortfall in supply of the gas has been compounded by the acute scarcity of truck drivers which has impacted both the UK and the EU.

Foreign Office Minister James Cleverly confirmed the government was working on a solution. “We will ensure that we are able to put food on the table, obviously that is a real priority,” he told Sky News.

Britain’s supermarket shelves have undoubtedly been impacted by Brexit; however, there have also been a number of embarrassing moments in which prominent individuals have shared photos of empty shops, only for the images to have hailed from elsewhere in the world.
#Covid
Add Comment