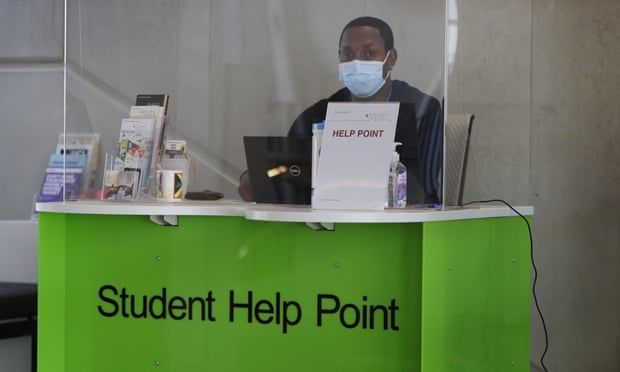 New intake of undergraduates could feel like frauds, says study, because they didn’t sit A-level exams

New students are more likely to suffer “impostor syndrome” because they have won their place at university on the back of teacher-assessed A-level grades and not exams, a new study has warned.

Undergraduates arriving on campuses this week may “feel like a fraud” as they have not had the chance to “earn” their grades in public examinations, said the study from the University of Leeds. Such perceptions could particularly affect students from disadvantaged backgrounds, leaving some at risk of dropping out, it warned. A strong sense of belonging at university is associated with the feeling that a student “deserves” their place, said the Psychology Learning and Teaching journal’s study.

“When students do not feel that their place at university is legitimately earned, they may experience ‘impostor syndrome’, or ‘feeling like a fraud’, which is related to mental health problems, such as anxiety,” the paper said. “However, academic-related ‘impostor syndrome’ may be negated by pretertiary grades that serve as a testament to students’ ability to perform academically.”

Under teacher-assessed grades this summer, 45% of candidates in England, Wales and Northern Ireland were awarded an A/A*, compared with the 25% awarded the top grades in exams in 2019. The Department for Education has said it “expects” exams to run in 2022 and is proposing mitigating measures for pupils who have missed out on teaching, such as allowing them to choose the topics they will be examined on. 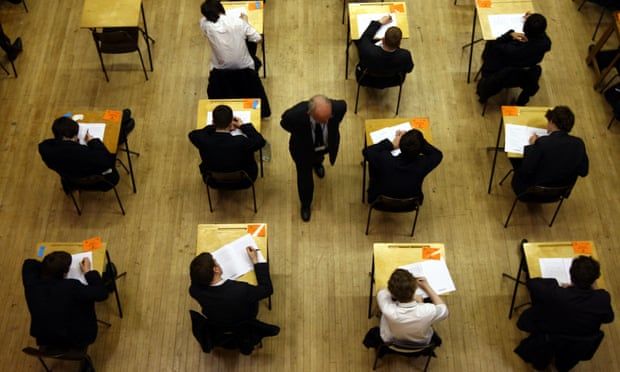 School pupils missed out on traditional exams during the pandemic.

But there are concerns that pupils will not be given enough advance notice of the changes and that no contingency plan has been drawn up by the government. “The last thing we want to see is exams cancelled again, but given what has happened this year and last, it is a matter of common sense to map out a contingency plan,” said Julie McCulloch, director of policy at the Association of School and College Leaders. “Students, teachers and leaders deserve to know what this would look like as soon as possible, so that they can plan, rather than decisions being left to the last minute yet again.”

The Leeds study also said that students’ sense of disconnect could be exacerbated by the reduced opportunity to mix because of online teaching. Most UK institutions are retaining some online teaching, despite students’ preference for in-person learning and government directives to scrap Covid restrictions and offer a normal student experience.

“Given that online teaching, or a hybrid of online and in-person teaching, may last into the next academic year, students in the incoming cohort may also not have … frequent in-person peer-to-peer social interaction during the transition to university,” the study said. “The social networks of students are an important factor in buffering stress and improving academic performance.”

It recommends universities take measures to foster a sense of belonging, particularly with underrepresented groups of students, through peer-to-peer support schemes and measures to boost the academic confidence of a cohort that has missed out on substantial amounts of schooling. The Office for Students has also told universities to provide more support for students who may be less well prepared than previous cohorts.

Jamie Halls, the first in his family to go to university, is about to start a biology degree at Essex University. Studying for A-levels during lockdown at the Sixth Form College, Colchester, was challenging, he said.

“I felt more confident about the A-level content that was taught before lockdown than during it. There was a lot of uncertainty about whether exams were going to happen or not, and that was unsettling. “I do feel that we missed out on the opportunity to sit the final exams, although we did exams and mocks at school. When it comes to comparing grades, it’s hard to know if you are on the same page and have the same knowledge as other people.”

Along with 700 other applicants, Jamie completed the Essex Preparation Programme over the summer, a specially designed six-week, online course to help new students hit the ground running when they begin degree courses next month.

“It was really useful. We covered things like independent learning and critical thinking,” said Jamie. “It’s felt like a long time since the end of the school term and the programme has helped to put me in the frame of mind to look forward to learning again.”