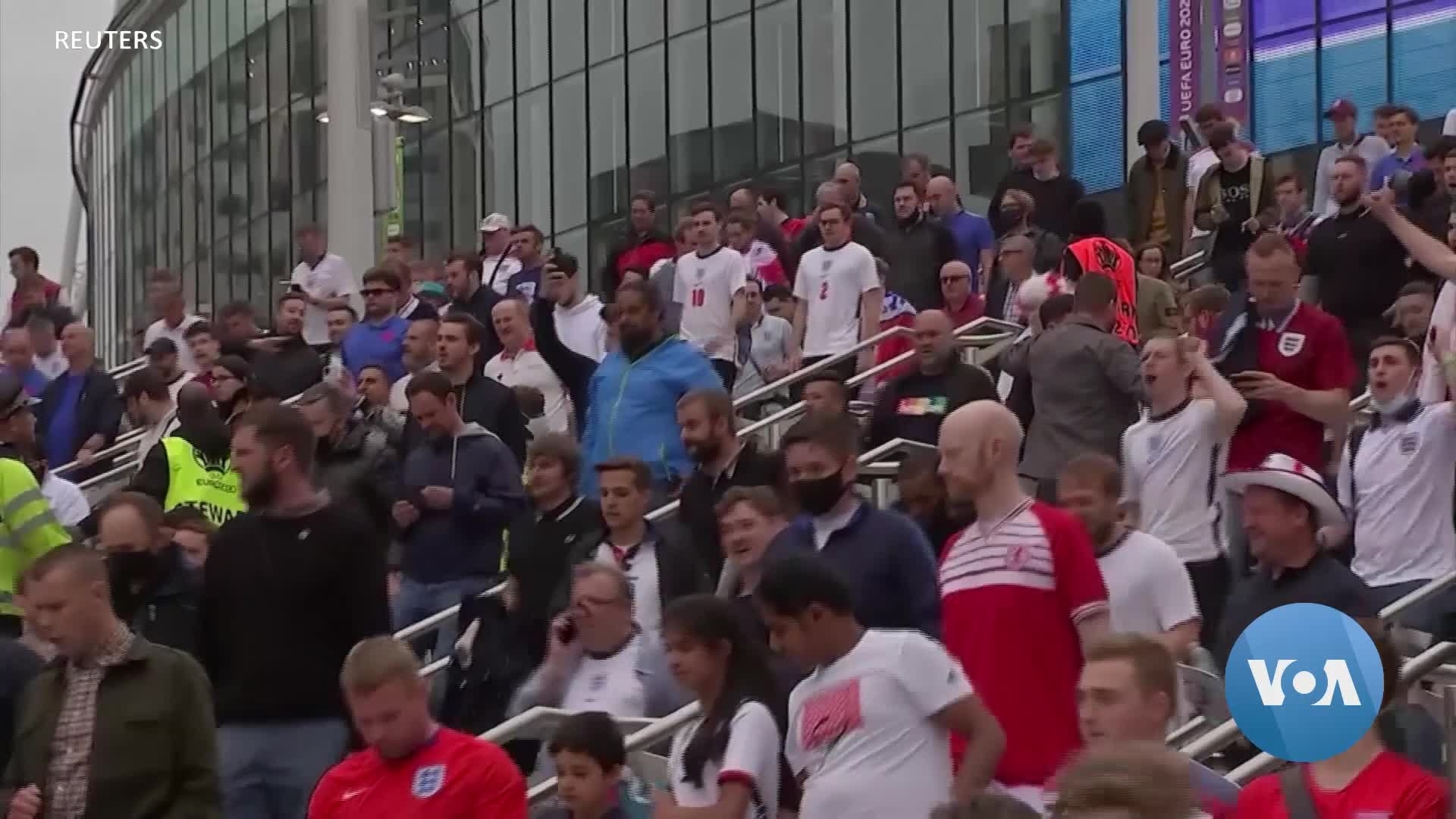 Several countries have imposed restrictions on travelers from Britain amid rising cases of the delta variant of the coronavirus which was first detected in India.

Hong Kong has banned all passenger flights from Britain starting Thursday, while some European countries are imposing tighter restrictions.

Scientists say the delta mutation is up to 60% more infectious than the alpha variant, which was first detected in the United Kingdom, and makes up around 95% of new cases in Britain. They warn it is likely to become the dominant strain around the world later this year.

Britain recorded over 26,000 new coronavirus infections Wednesday, the highest level since late January. However, hospitalizations and deaths have risen at a much lower rate, suggesting the vaccination program is working.

The rising infection rate has prompted several other European nations to reconsider plans to open travel with Britain this summer. Forty-thousand fans traveled to London’s Wembley stadium Tuesday as England beat Germany in the UEFA Euro 2020 football championship. Wembley is also scheduled to host the semifinals and final, but the European Union indicated Wednesday it wants the matches relocated.

“UEFA [European football’s governing body] needs to assess very carefully the situation in the semifinals and the final in Wembley,” European Commission Vice President Margaritis Schinas told reporters in Brussels Wednesday. “There would be lots of people, and the idea of a full stadium at the moment — we're so worried about the delta variant. … It gives a message that [the] UEFA needs to assess carefully.”

That concern will be amplified by COVID-19 data from Scotland published Wednesday, which showed that almost 2,000 new infections were associated with football fans traveling to London on June 18. Those attending the match at Wembley stadium are required to be fully vaccinated, but thousands more Scottish fans traveled to the British capital without tickets and congregated in the city center to watch the match.

“In our country, if you come from Great Britain, you have to go into quarantine — and that's not the case in every European country. And that's what I would like to see,” Merkel told German lawmakers last week.

Simon Clarke, a microbiologist at Britain’s University of Reading, said Europe fears the delta variant could cause another wave of the pandemic across the continent, as a big proportion of the population has not yet been vaccinated.

“Without a thorough vaccination program, they are going to see increasing numbers of delta variants, as well. So … they’re just trying to buy themselves time,” Clarke told VOA.

However, popular vacation destinations like Spain and Greece are resisting pressure for further restrictions. They are desperate for a bumper tourist season after a disastrous 2020.

Scientists believe the delta variant came to Britain from India, where it was first detected in late 2020. Critics say the British government acted too slowly in imposing travel restrictions on India, which it denies.

“I don’t think this time around, there’s a huge reason for a lot of concern. I think the numbers of hospitalizations will stay low,” Clarke said.

Preliminary data show the coronavirus vaccines appear to be effective against the delta variant. Almost two-thirds of British adults have received two doses.

Britain is using millions of doses of the AstraZeneca-Oxford University vaccine. The Anglo-Swedish pharmaceutical firm has yet to apply for approval of the vaccine in the United States, complicating efforts to open a so-called travel corridor between the two countries.