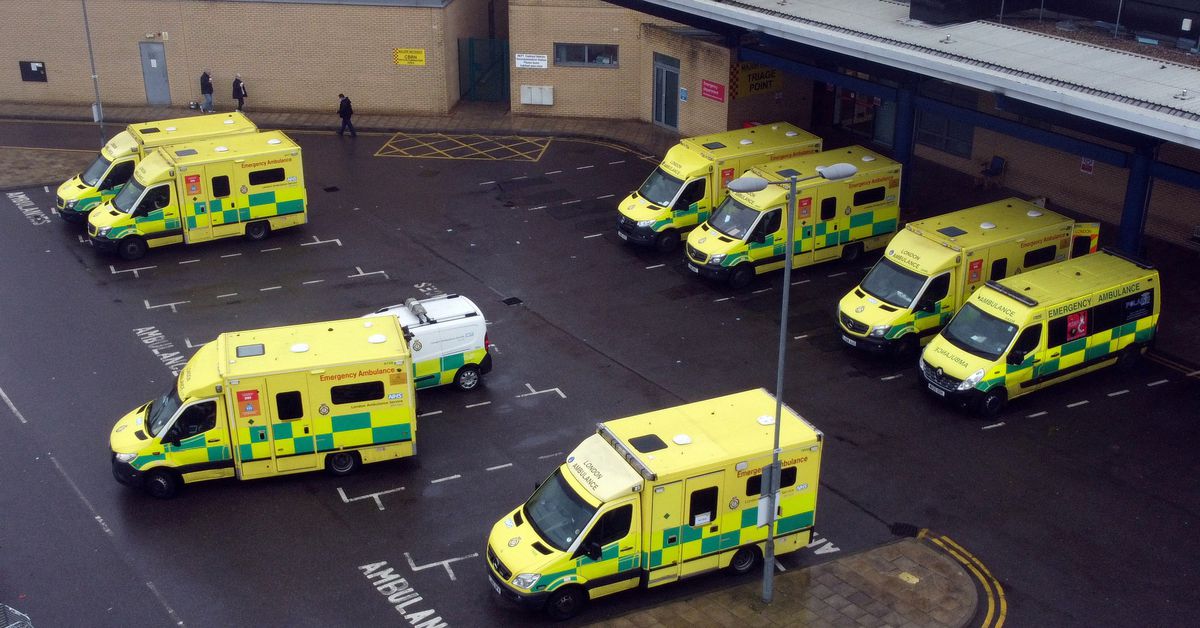 Britain braces for winter of strike action as nurses walk out

British nurses will go on strike this week, hitting already stretched hospitals and cranking up pressure on Prime Minister Rishi Sunak to quell the biggest wave of industrial action to hit the country in decades.

The walkout comes as strikes cripple the rail network and postal service, airports brace for disruption and junior doctors, midwives and teachers prepare to ballot, threatening to further jam up an economy that is likely already in recession.

Unions are seeking double-digit pay rises to keep pace with inflation that hit 11.1% in October, the highest in 41 years.

But the government has so far refused to budge on pay and is instead looking to tighten laws to stop some strikes, meaning there is no end in sight for what has been dubbed a new "winter of discontent" in reference to the industrial battles that gripped Britain in 1978-79.

Strikes are due on each day this month. Union estimates forecast more than 1 million working days will be lost in December, making it the worst month for disruption since July 1989.

Susan Milner, a professor of European politics and society at the University of Bath, said the current strikes were "very different" to previous bouts, pointing to the wide array of sectors affected and the depth of the cost of living crisis.

"There's the potential for them to stretch out and (for striking workers to) dig themselves in and then that could really be something that we haven't seen for quite a long time," she said.

Walk-outs in rail by RMT members, which started in June, are the union's biggest action for over 30 years, while for nurses, it is the first ever national strike action in the Royal College of Nursing's (RCN) 106-year-old history.

Nurses will walk out on Thursday and the following Tuesday.

Unions say the pay rise offers on the table, many for around 4%, are not enough given that many workers have already gone without any real-term wage growth over the last decade. In many cases, the action is also about working conditions.

"(For nurses) the job is getting harder and harder all of the time for a salary that is worth less and less," Patricia Marquis, director of the RCN in England, said.

The government will hope that the forecast for inflation to start to fall from the middle of 2023 will help.

Sunak, only six weeks into the job, has said the government cannot afford pay rises for public sector workers which cover inflation and has called union leaders unreasonable.

But as strikes lead to non-urgent surgeries being cancelled and longer ambulance waiting times, public anger at the state of the country could force the government to give ground.

Sunak wants to extend laws to maintain some services in transport and could ban strikes in some other sectors. The army will be drafted in to drive ambulances and man airport passport desks during strikes.

The walk-outs end decades of relatively stable industrial relations in Britain, compared to European neighbours such as France and Spain.

However days lost will be far fewer than in the 1970s and 1980s, when almost half of all workers were unionised. Around a quarter are members today.

The 1 million working days expected to be lost to strikes this December compares to the 12 million lost in September 1979, a period in British history known as the "winter of discontent", taken from the opening line of Shakespeare's Richard III.

"I think the world that we're in is one where we get more prominent union activity," Pickering said. "Workers will have more wage bargaining power in a world of persistent labour shortages."