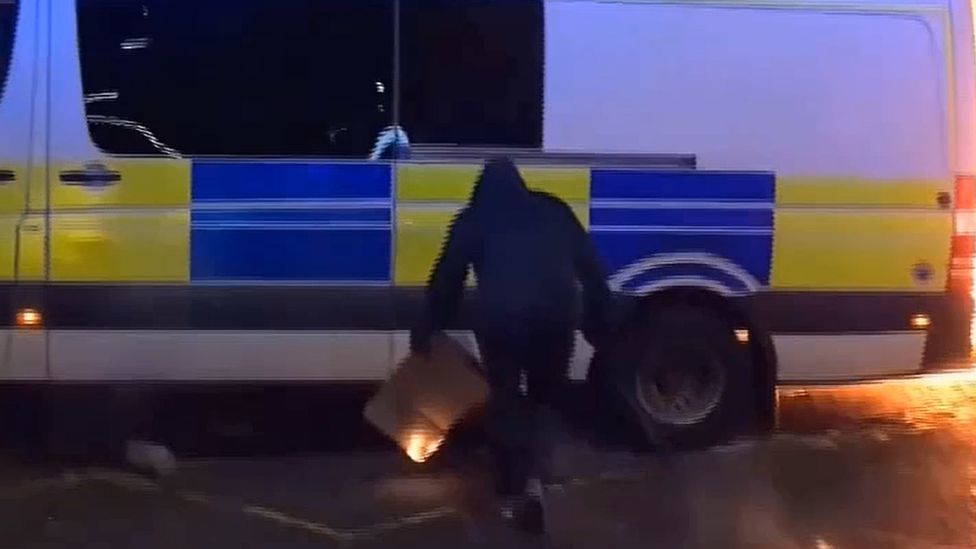 Footage of the moment a man tried to set fire to a police van while an officer was inside during violent protests has been released by police.

The disorder happened during Sunday's Kill the Bill demonstration in Bristol.

Avon and Somerset Police said the driver moved the van to shield colleagues who were "being attacked".

He described smelling burning and hearing reports people were trying to set the tyres alight as the violence unfolded.

The footage shows the moment a lit item was placed under the vehicle.

An image of the man officers want to question has also been released. 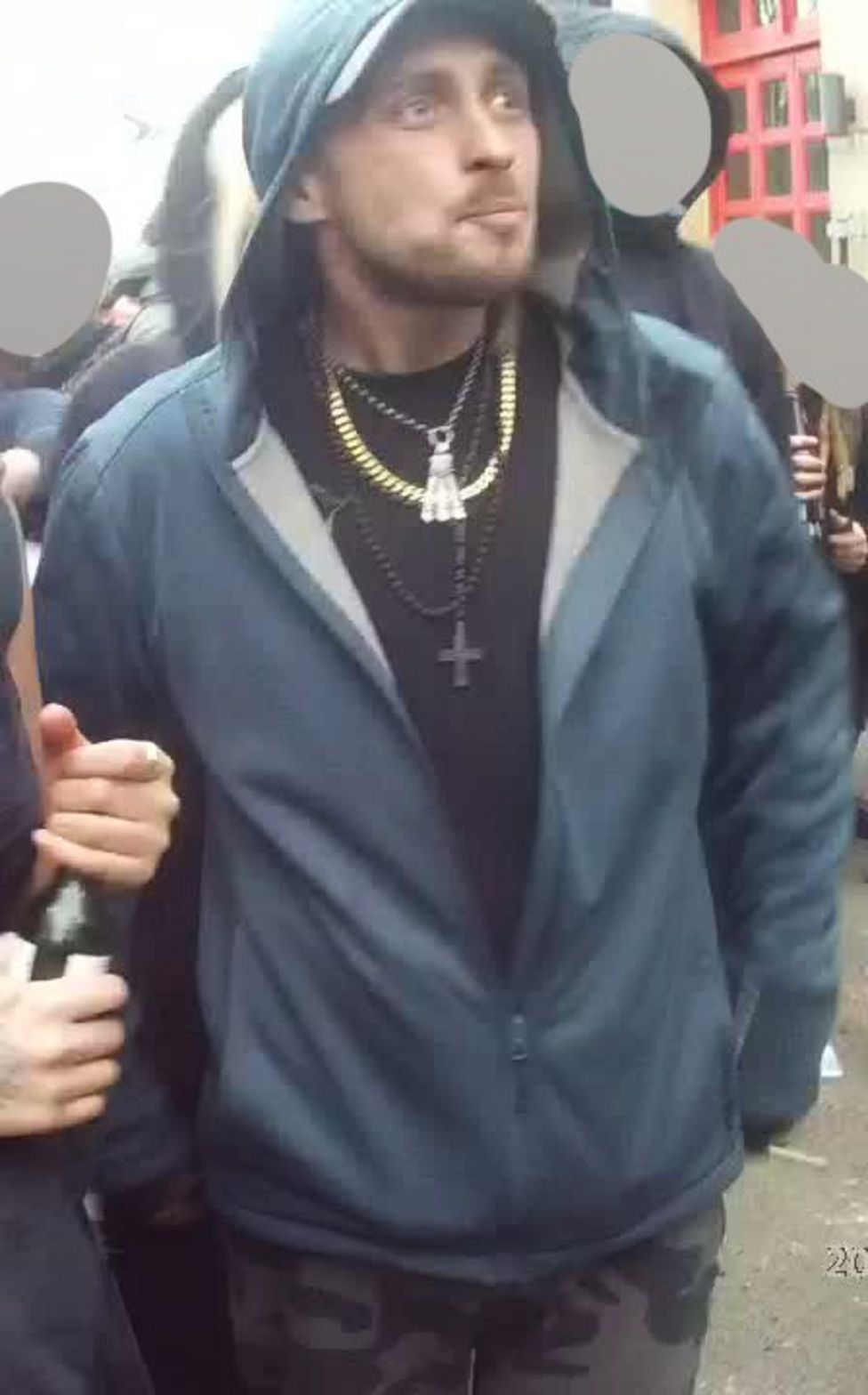 Eight people have so far been arrested on suspicion of violent disorder following the clashes in the city centre. One man has been charged with possession of an offensive weapon.

Those held on suspicion of violent disorder, aged between 20 and 44, have been released pending further inquiries.

Describing the events, the officer said: "I could hear screaming and shouting from the officers as they were being attacked - a call was made for vehicles to be used to assist officers.

"The only way to protect my colleagues was to place the vehicle across, side on, in front of them to offer protection."

The officer said that glass bottles and rocks "as big as fists" were being used as missiles and "a number of people" tried to get into the van but it was locked.

Then, the officer said, they could smell burning so they escaped the vehicle.

"I was aware of the smell of burning and CCTV reported that people were attempting to set the vehicle tyres alight, with me still in it." 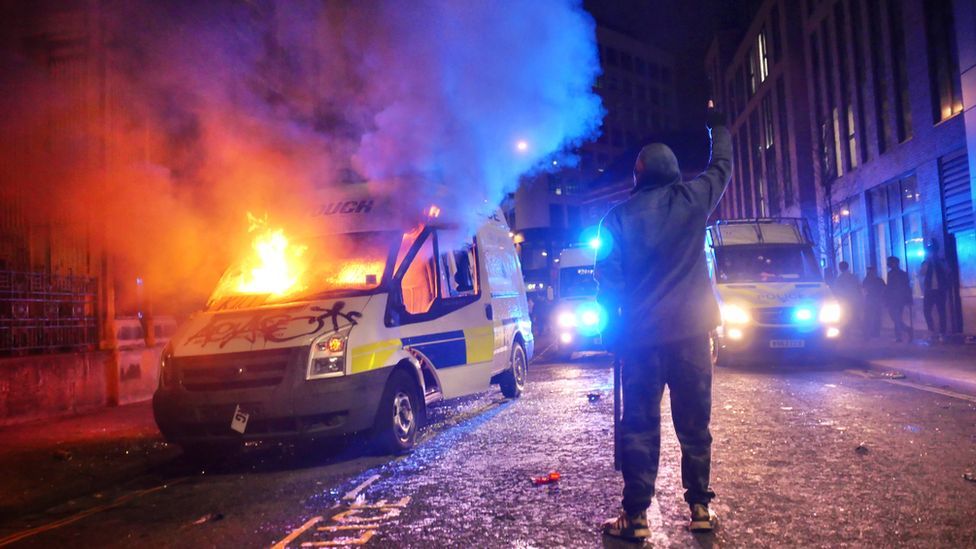 Ch Supt Carolyn Belafonte said: "This officer's account is just one of many we've gathered from our colleagues at the scene of this terrifying incident.

"It's upsetting to hear how colleagues feared for their lives that night and it strengthens our resolve to bring all those responsible to justice."

A group of business and civic leaders have issued a statement condemning Sunday's violence.

The group, which includes senior figures from both of Bristol's universities, the head of the city's main tourist board and the chief executive of Bristol Airport, said they were united in their shock at the weekend's "violent disorder."

"Those who vandalised parts of our city and injured and threatened police officers and public servants do not speak for Bristol," the statement said.

"They do not speak for the vast majority of those who are concerned about proposed legislation changes.

"We share Bristolians' horror and disappointment at what they saw.

"We have complete confidence in the approach taken by Avon and Somerset Police, who have worked so closely with Bristol's communities across our city during the last year."