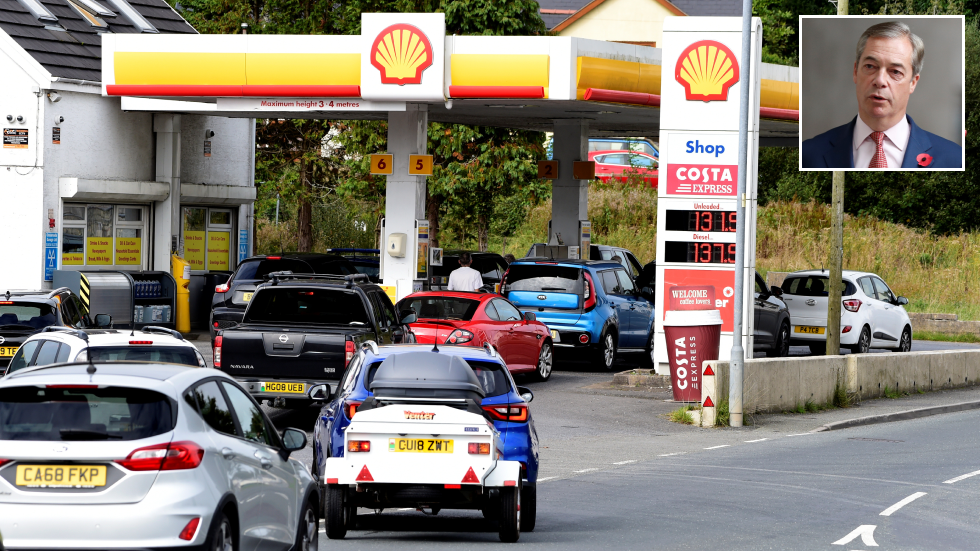 Top Brexit crusader Nigel Farage has claimed that his vehicle was hit by a van at a roundabout while he was hunting for fuel amid the ongoing UK petrol crisis that’s seen up to 90% of gas stations run dry in areas of the country.

Farage took to Twitter on Thursday to weigh in on the ongoing petrol panic sweeping across the UK, commenting that despite Downing Street assuring Britons the “fuel crisis is easing”, he had gone to seven “petrol stations this morning and there was no fuel at any of them”.

While on his search for fuel, the Brexiteer revealed that he “was then hit by a van whilst stationary at a roundabout”, sarcastically remarking that it was a “great start to the day!”

After the 2016 Brexit referendum, he stepped down as leader of UKIP (UK Independence Party). Two years later, he headed the Brexit Party as the UK government stumbled through negotiations to leave the bloc. In March, however, he resigned from the movement which had been rebranded as Reform UK.

Brexit, according to Farage, had been his “life’s work”, a mission spanning nearly three decades and he had accomplished what he had intended to achieve.

Scenes of snaking queues and gridlocked roads have become a common sight across Britain. Violence has also arisen as a result of the crisis, with one video circulating online purporting to capture a man brandishing a weapon resembling a knife at another driver in South East London.

While government ministers have claimed in the last few days that the situation is stabilising, Kwarteng refused to rule out that the crisis will be resolved by Christmas, saying that he is not “guaranteeing anything”.

A frenzied weekend of panic buying had led to 90% of gas stations running dry in some regions of the UK, according to the Petrol Retailers Association.

The UK government has repeatedly insisted that the problem is not a shortage of fuel itself, but a lack of HGV drivers able to transport resources to forecourts. The EU’s former chief Brexit negotiator Michel Barnier on Tuesday proclaimed that the crisis gripping the UK is “a direct and mechanical consequence” of leaving the bloc and the subsequent end to freedom of movement.

Downing Street said it will grant temporary visas to 5,000 foreign drivers, a step it had previously said it would not resort to.