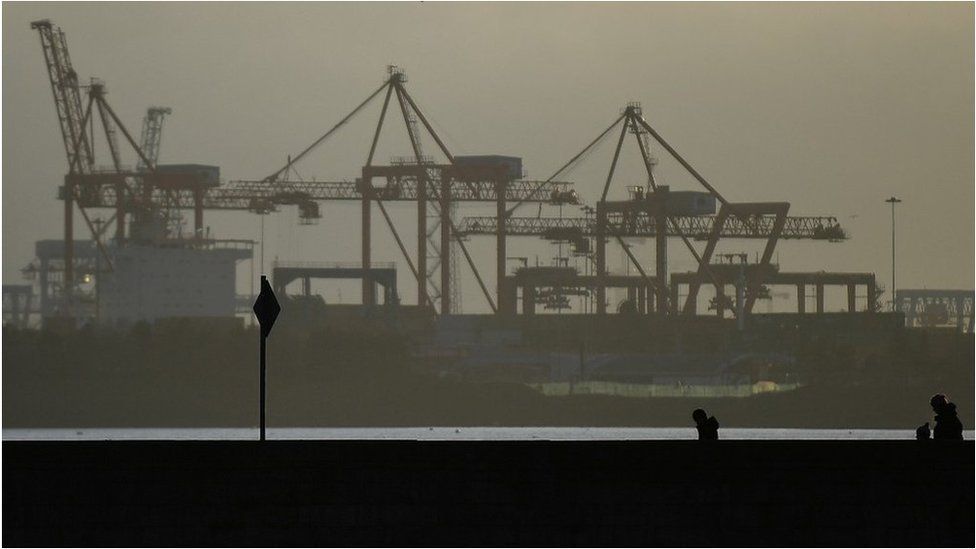 Nearly two months after Great Britain (GB) left the EU single market and customs union, the volume of freight being shipped across the Irish Sea from the Republic of Ireland to GB is still down significantly, raising further questions about government claims that trading volumes are returning to normal.

Companies trying to avoid red tape and potential delays associated with Brexit are sending freight on much longer sea routes directly to the continent, rather than using the traditional 'land bridge' route across Britain.

The number of weekly ferry crossings from Irish ports to France has risen sharply, with more likely to be added.

In the week to 22 February, freight volumes on Stena Line ferries from the Republic of Ireland to GB were down 49% compared to the same week last year, while volumes going directly to France were up 102%.

The direct sea routes to France are slightly slower and more expensive than crossing the Irish Sea and then driving south through Wales and England to cross the Channel between Dover and Calais.

But going direct avoids the new post-Brexit checks and paperwork associated with the Dover-Calais route, and the Stena Line figures are reflected across the industry. It means lorries never leave the single market, and they avoid new customs formalities.

Stena has started a new route from Dublin to Cherbourg to go alongside its existing route from Rosslare to Cherbourg. It now has 14 weekly crossings between Ireland and the continent compared to six last year. 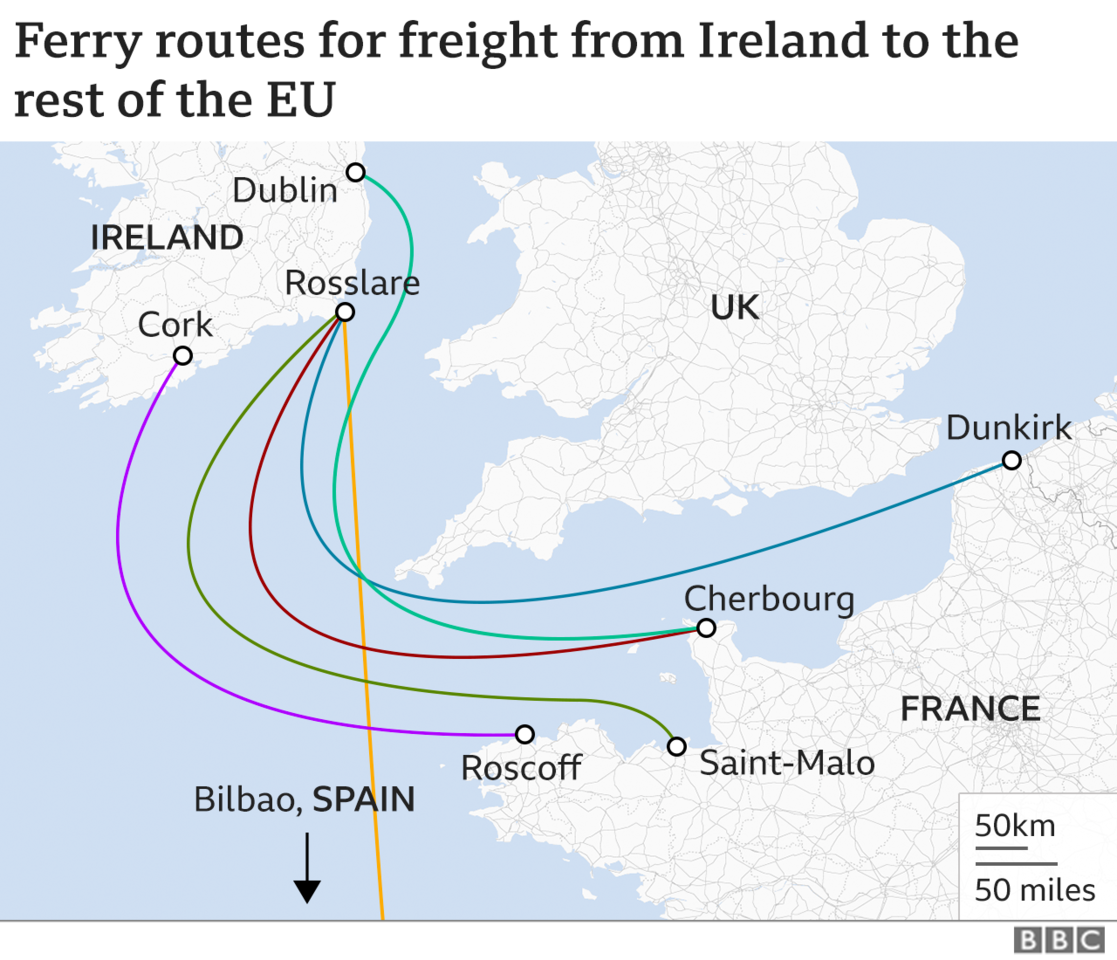 Another new route is run by DFDS Seaways from Rosslare to Dunkirk, close to Calais. It provides easy access into the heart of Europe.

DFDS says the service, which runs six times a week and takes just under 24 hours, is almost always oversubscribed. An announcement of additional sailings is expected shortly.

"The new routes are booming," says Glenn Carr, the general manager of Rosslare Europort, "for both accompanied (by a driver) and unaccompanied units."

"At one stage in January freight trade to the UK was down 70%. It's picked up since then, but now the week-on-week increase is only incremental."

Overall, there are currently 36 sailings per week from Ireland to Northern France, up from 12 a year ago. And Rosslare's freight traffic with mainland Europe rose by a remarkable 446% in January, compared to 2020.

"Businesses have just made strategic decisions to move their trade," Mr Carr says.

About 160 new jobs have already been created at Rosslare by government agencies, shipping lines and the port authority itself, and extra business has been generated for local garages and cafes.

"We're exporting about 150 to 200 loads to France every week," says Chris Smyth, the commercial director of Perennial Freight in Wexford, just up the coast from Rosslare. 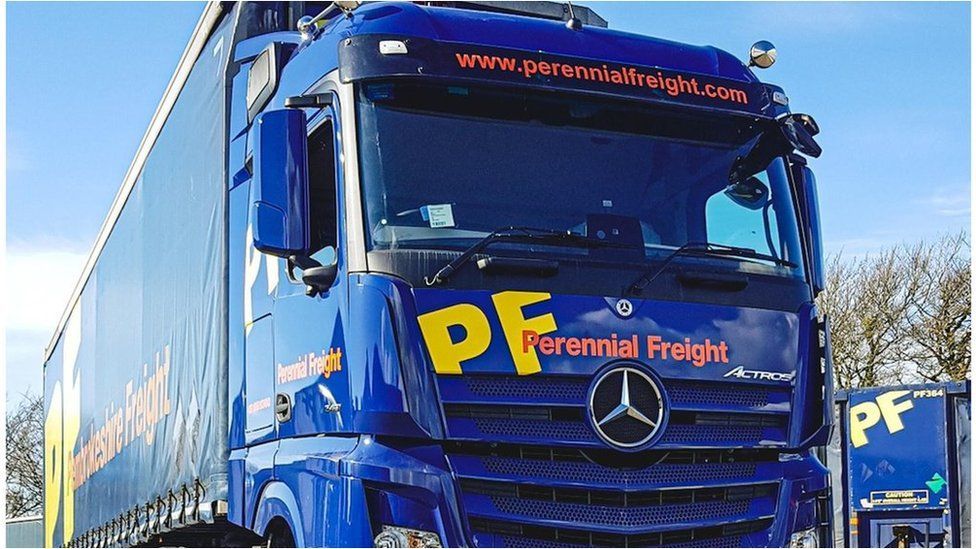 "It's what our customers want. Big businesses in particular like the certainty and the lack of hassle."

Mr Smyth says a lot of companies in Northern Ireland (the only part of the UK which is continuing to follow the rules of the EU single market) are now sending freight south to export directly from Dublin and Rosslare.

Industry sources also say Apple, which has its European headquarters in Cork, has instructed hauliers to use the direct sea routes to ship its products to Europe.

We contacted Apple about this but it declined to comment.

Campaigners who want to see less congestion on Britain's motorways will not mind a significant reduction.

The places with most to lose may be Welsh ports like Holyhead and Fishguard, which rely heavily on trade across the Irish Sea. But at least some of their lost trade could gradually return. 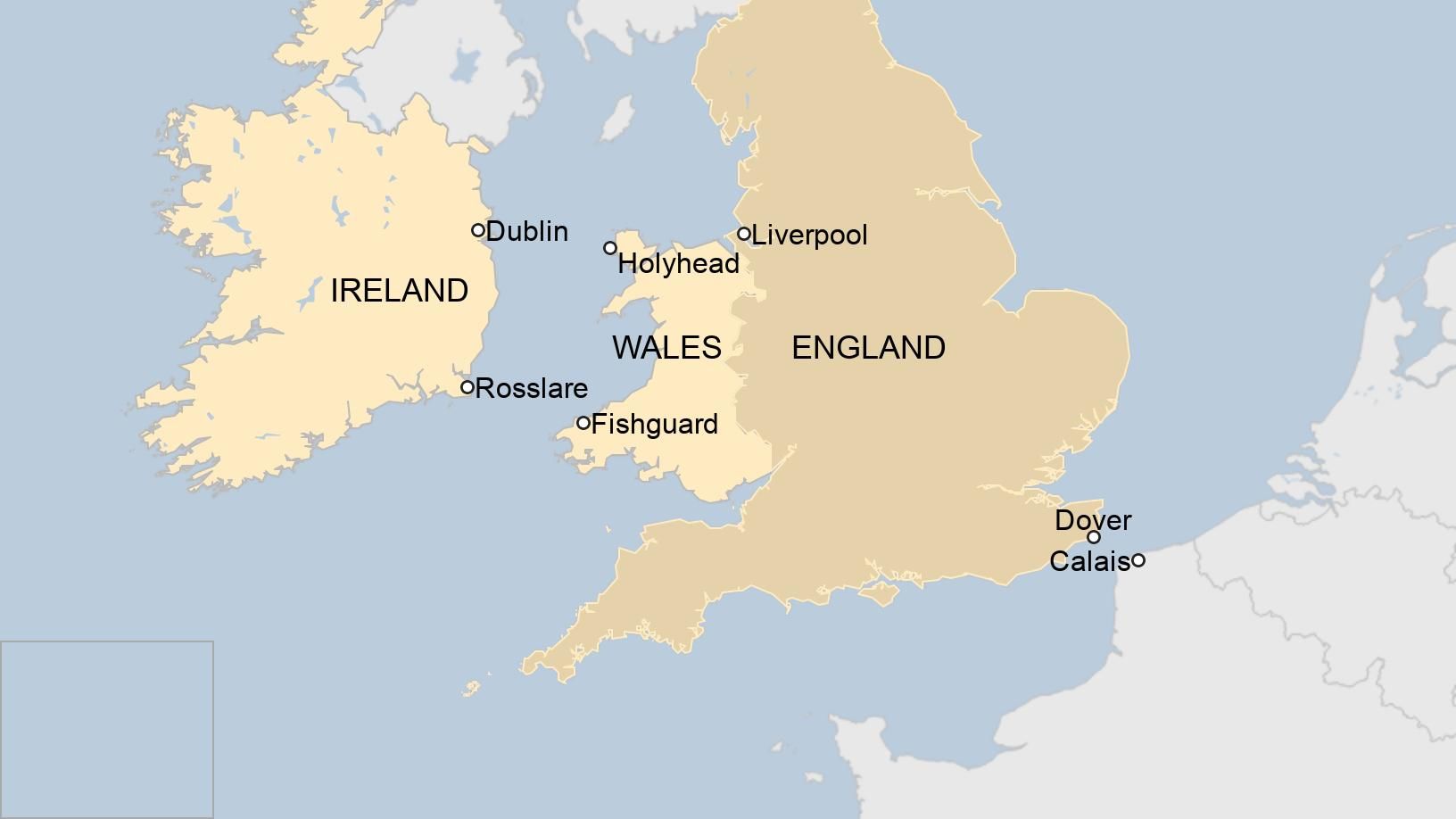 There is more jeopardy from bad weather on the longer routes, especially at this time of year. There have been a number of ferry cancellations recently.

Industry sources also say more lorries are coming back empty on the direct sea route, because Ireland is a relatively small market. When lorries travel via the UK land bridge, they can also make deliveries in Britain en route to Ireland.

For small companies with lower profit margins, that kind of flexibility can be a crucial consideration. But larger companies are taking steps to avoid the land bridge for importing into Ireland, as well as exporting out of it.

At least 20 lorries carrying Amazon purchases have been arriving directly into Rosslare from the continent every day since the beginning of the year.

Previously most would have come from Britain.

For hauliers who want to continue using the land bridge, things are about to get more complicated.

At the moment, they only have to face new export bureaucracy when they leave Britain and arrive in France.

Soon (in April and then more widely in July) they will be facing similar import measures when they arrive in Britain from Ireland, making the post-Brexit border procedures on the land bridge even more cumbersome.

"There's been a seismic shift to the direct routes," concludes Chris Smyth. "Not all of it will stick, but a lot of it will."