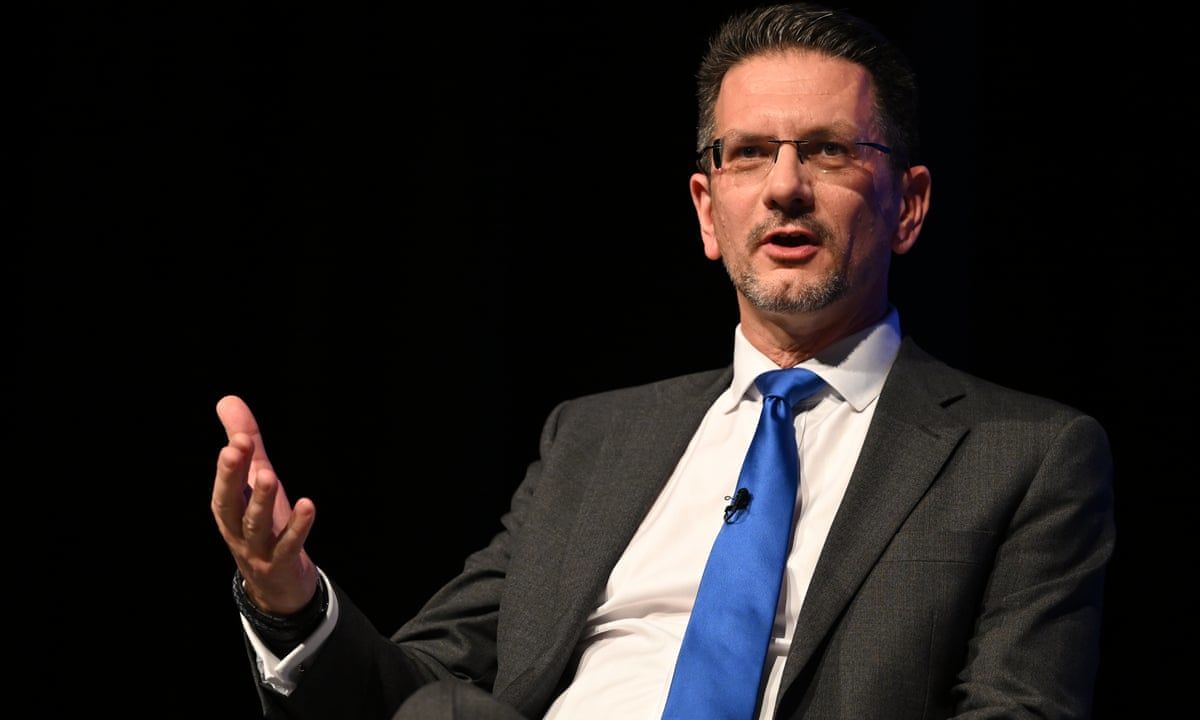 The Minister of State in the Northern Ireland Office (NIO) was speaking at the Conservative party conference.

He reflected that he and others did not "always behave in a way which encouraged Ireland and the European Union to trust us to accept that they have legitimate interests".

Mr Baker, a well-known Eurosceptic, said "relations with Ireland are not where they should be and we all need to work extremely hard to improve them".

He added: "Actually the demise of our late majesty gave us an opportunity to meet leading Irish figures, and I said to some of them that I am sorry that we did not always respect your legitimate interests.

"I hope they won't mind me saying I could feel the ice thawing a bit."

"To respect the Good Friday Agreement (GFA) does mean to have respect for all three strands," said Mr Baker. 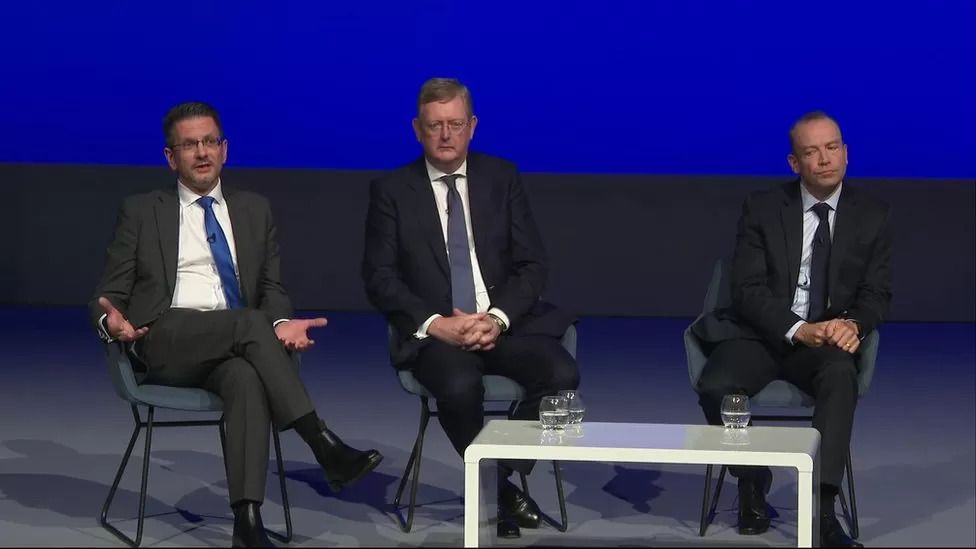 "As a unionist said to me they have seen constitutional change without their consent through the protocol," he added.

"Of course, others will argue they've seen constitutional change through having left the EU, without their consent.

"But now's the time to really move on and accept the Belfast/GFA agreement as the fundamental fact which brings peace and enables government in Northern Ireland."

However he then added that despite acting with "ferocious determination to get the UK out of the EU", he wanted to bring some "humility".

"I'm sorry about that, because relations with Ireland are not where they should be and we all need to work extremely hard to improve them and I know that we are doing so," he added.

'Combination of humility and resolve'

However he added that the government was resolved to get progress on the protocol.

"It is not acceptable that Northern Ireland is so separate from Great Britain right now under the protocol, the protocol which at the moment is only partially implemented," he said.

"That combination of humility and resolve and that willingness to build up relations and say actually, yes, we do want to be Ireland's closest friends and partners, as we all respect all three strands of the Belfast/GFA - that really is where we need to be," he added.

He said people were keen for a negotiated solution.

Ireland's Taoiseach (prime minister) Micheál Martin said on Sunday that he detects "genuine engagement and a wish to get this issue resolved" from Prime Minister Liz Truss.

He added that he believed she would prefer a negotiated solution to the issue.

The UK and EU are set to restart talks aimed at resolving the row over the Northern Ireland Protocol.

The government has been attempting to change the deal it originally agreed with the EU nearly three years ago.

But talks have largely been at a standstill since February.

The Democratic Unionist Party (DUP) withdrew from Stormont's institutions in protest at the post-Brexit trading arrangements, arguing that the protocol threatens Northern Ireland's place in the union.

What is the protocol?

The protocol effectively keeps Northern Ireland in the EU's single market for goods - avoiding a hard border on the island of Ireland.

But it means new checks on goods arriving from Great Britain, causing deep concern among unionists.

In June, while Liz Truss held the position of foreign secretary, she introduced legislation in Parliament that sought to give UK ministers powers to unilaterally scrap large parts of the deal. 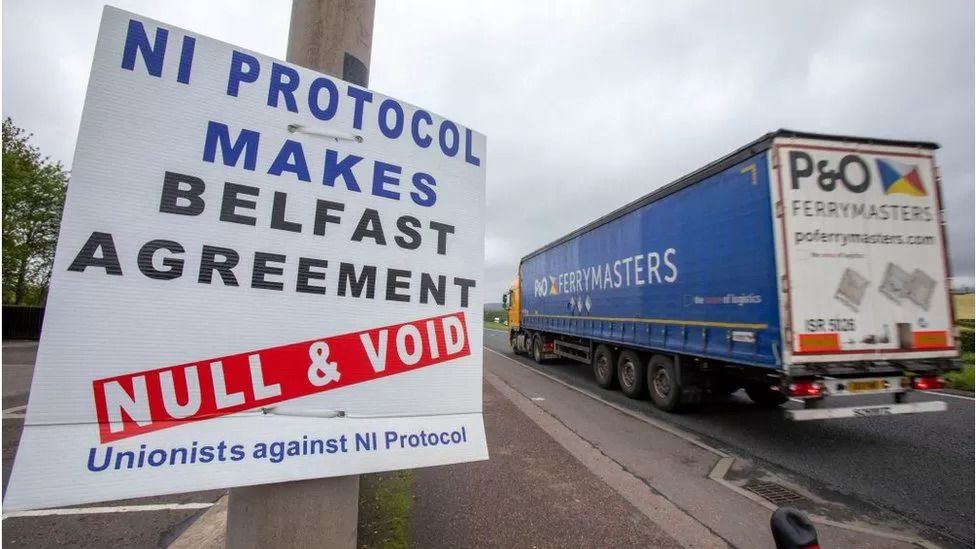 The Northern Ireland Protocol has caused deep concern among unionists

It was welcomed by the DUP, which has called for the bill to be "fully enacted" before the party considers a return to power sharing, but was condemned by political opponents and the EU as a breach of international law.

Since becoming prime minister this month, Ms Truss has reiterated that she wants to reach a negotiated outcome with the EU that would avoid use of the protocol bill's powers.

However, the legislation is still expected to begin its scrutiny in the House of Lords in the coming weeks.

Conservative MP Steve Baker: "We have to bring some humility to this situation"