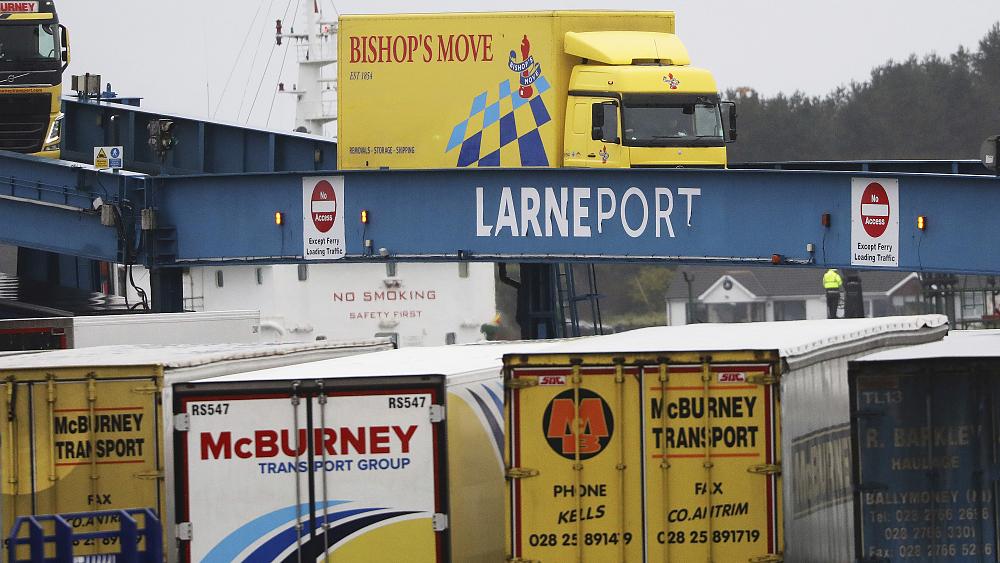 Increased paperwork and border checks have put small UK businesses under strain and left them wondering if exporting to the bloc is worth the hassle, a new survey shows.

Nearly a quarter of small British companies have temporarily halted sales with the European Union because of post-Brexit rules, a new survey has found.

The Federation of Small Businesses (FSB) said that 23 per cent of the 1,400 small British firms it surveyed have temporarily halted sales with the 27-country bloc, just three months after the UK's divorce with the EU was finalised.

A further 4 per cent of firms have meanwhile decided to stop selling to the EU permanently due to the new trading rules that came into effect on January 1.

Businesses exporting to or importing from the EU now need to file customs declarations which are different depending on what the goods are. Goods also undergo checks at the border.

To facilitate trade, minimise disruptions for businesses and avoid shortages, the UK has so far delayed the implementation of checks at its border. It announced earlier this month that checks, which were meant to be introduced on April 1, would not come into force until July.

The majority of small British importers/exporters — 70 per cent — have experienced delays when moving goods around the EU, according to the FSB survey. Of those, over a third have experienced hold-ups of more than two weeks.

Furthermore, one in three have lost goods in transit and 34 per cent have had goods held indefinitely at EU border crossings.

To avoid delays, more than half have sought professional advice to help them with the paperwork involved with EU trading. Nearly one in ten are also considering securing warehouse space in the EU or Northern Ireland to ease the exporting process.

"Three months from the end of the transition period, what we hoped would prove to be teething problems are in danger of becoming permanent, systemic ones," FSB National Chairman Mike Cherry said in a statement.

"While larger firms have the resources and bandwidth to overcome them regardless, smaller traders are struggling, and considering whether exports are worth the effort anymore.

"Unless more is done to ease admin burden on those that do business overseas, and increase access to markets outside the EU, it will weigh heavy on our efforts to recover from the most severe downturn on record," he added.