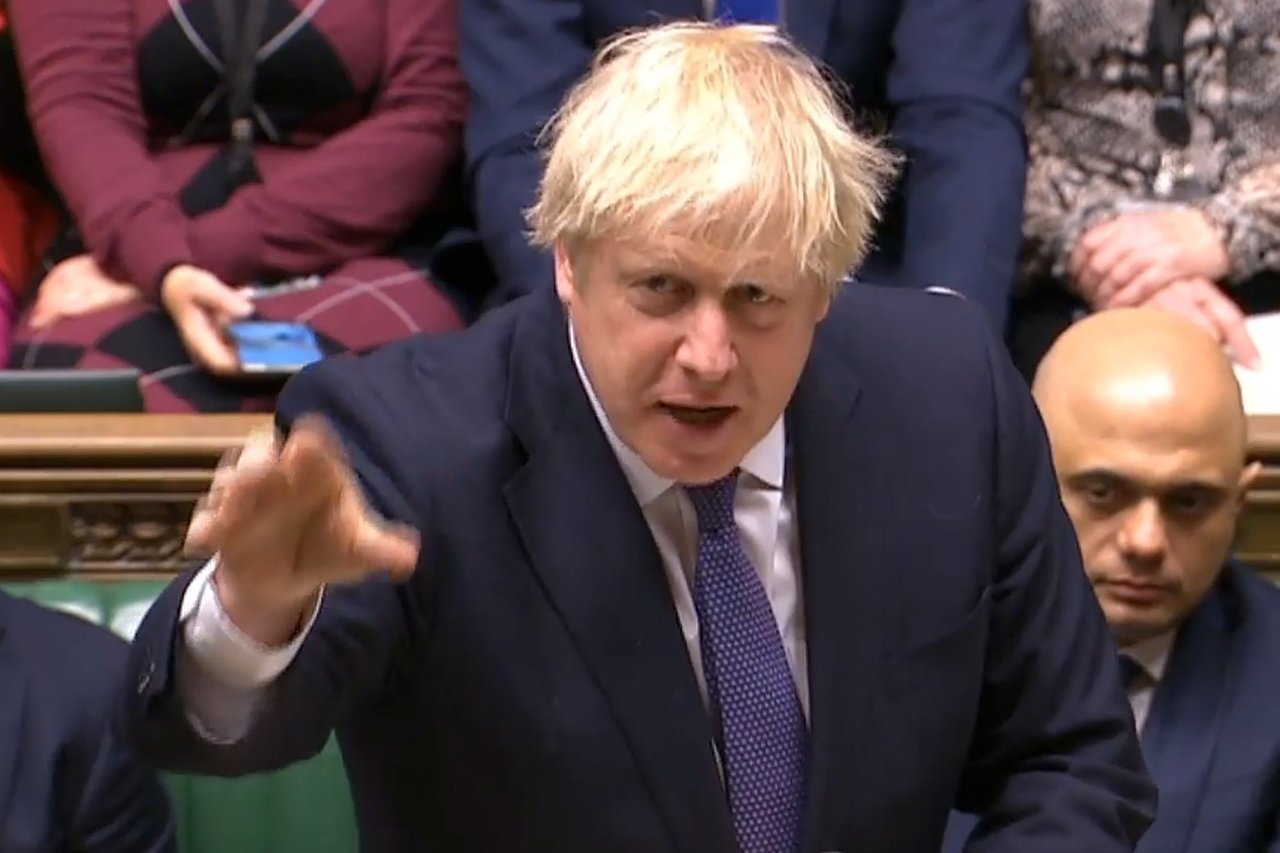 Bill passes second reading by 358 votes to 234 leaving UK on course to leave EU by end of January
Britain has taken a pivotal step towards leaving the European Union as Boris Johnson was rewarded for the Conservatives’ thumping general election victory with a majority of 124 for his Brexit deal in the House of Commons.

Addressing MPs on Friday morning, the prime minister sought to draw a line under three years of bitter parliamentary conflict, urging his colleagues to “discard the old labels of leave and remain”.

After comfortably passing its second reading by 358 votes to 234, the withdrawal agreement bill is on track to complete its passage through both houses of parliament in time to allow Brexit to happen at the end of January.

Charles Michel, the president of the European council, welcomed the vote, tweeting that it was an “important step in the article 50 ratification process”. He added: “A level playing field remains a must for any future relationship,” referring to the EU’s demand for fair competition in exchange for a free-trade agreement with zero tariffs and zero quotas.

Johnson claimed that pressing ahead with Brexit would “allow the warmth and natural affection that we all share with our European neighbours to find renewed expression in one great new national project of building a deep, special and democratically accountable partnership with those nations we are proud to call our closest friends”.

If the next stages at Westminster go to plan, the European parliament is expected to ratify the withdrawal agreement on 29 January, paving the way for the UK to leave the bloc two days later.

Jeremy Corbyn said Labour would continue to oppose the government’s Brexit deal, but six Labour MPs defied the party whip and voted with the government, and around 20 more deliberately abstained, including the shadow housing secretary, John Healey.

In a statement on his website published shortly after the vote, Healey said: “In a Brexit referendum and a Brexit election the public have now been clear, and so should Labour: our fight must be about the type of Brexit and the huge difference between Labour and Conservative visions of our economy. Any question about whether Brexit goes ahead has been closed.”

When the convincing result of the vote was announced, helped by more than 100 new recruits to the government benches, one Tory MP was caught on microphone exclaiming: “Back of the net.”

Johnson’s promise to “get Brexit done” formed the centrepiece of his election campaign.

“This vision of the United Kingdom’s independence, a vision that inspires so many, is now, if this parliament, this new parliament, allows, only hours from our grasp,” Johnson told the Commons. “The oven is on, so to speak, it is set at gas mark four, we can have it done by lunchtime, or late lunch.”

The Labour MP for Wigan, Lisa Nandy, who is preparing to enter the forthcoming leadership contest, told the Guardian she believed the party’s shift towards backing a second Brexit referendum – in which Keir Starmer, among others, was instrumental – was a key factor behind its defeat.

“In all honesty, Brexit just played into the sense that we are adrift from communities like these, that we don’t speak for them, we don’t stand for them, we don’t understand them, and worse than that: we’re deeply disrespectful towards them. And that has been building for the last 15 to 20 years,” she said.

“It’s been a long time in the making, I hope it won’t take a long time to resolve. But it’s going to be a hard road back.”

Corbyn acknowledged during Friday’s debate that voters had signalled they wanted an end to the Brexit deadlock, and said Labour would “respect that decision and move on”.

He said, however, that he was still asking Labour MPs to vote against the legislation because “we warned before the general election that the prime minister’s Brexit deal was a terrible deal for our country and we still believe it is a terrible deal today”.

He highlighted commitments that the prime minister had stripped from the legislation since MPs in the last parliament voted on the deal in October. These included promises on workers’ rights, on parliament’s role in scrutinising future trade negotiations, and on protecting child refugees.

“This deal will be used as a battering ram to drive us down the path towards more deregulation and towards a toxic deal with Donald Trump that will sell out our NHS and push up the price of medicines. We remain certain there is a better and fairer way for Britain to leave the EU,” Corbyn said.

Johnson had earlier rejected that idea, insisting that his intention was to maintain high standards of protection for workers’ rights and consumers, but to do so through domestic law, not by aligning with the EU.

Nandy attacked the downgrading of protections on child refugees, saying: “If he thinks that people in towns such as mine, who believe that we should deliver Brexit, want to see us turn our back on decency, tolerance, kindness, warmth and empathy, he is wrong.”

The shadow Brexit secretary, Keir Starmer, speaking at the end of the debate, echoed Johnson’s suggestion that it was time to move on from the leave-remain demarcation of the referendum campaign, despite himself having been an ardent remainer.

“As a result of the general election – as a result of the majority that the government have, and the mandate that they have – we are leaving the EU. We will have left the EU within the next six months, and whatever side we were on, or even if we were on no side at all, the leave-remain argument will go with us,” he said.

The South Shields MP, Emma Lewell-Buck, who was one of the six Labour MPs who chose to vote for the bill, said it was time for an end to “opposition for opposition’s sake”.

“My party’s catch-all Brexit policy failed. Today was, and still is, an opportunity to stop the procrastination and send a message to our lost voters – the voters that our party was created to give a voice to in parliament – that we do hear them, value them and genuinely want to rebuild their trust,” she said.

Friday’s vote was on the second reading of the legislation, when MPs vote on whether they are willing in principle for a bill to proceed. Amendments can be made during later stages.

The Commons backed a previous draft of the bill at a second reading in October; but rejected the prime minister’s plan to rush it through parliament in just a few days, prompting him to press for a general election.
Add Comment