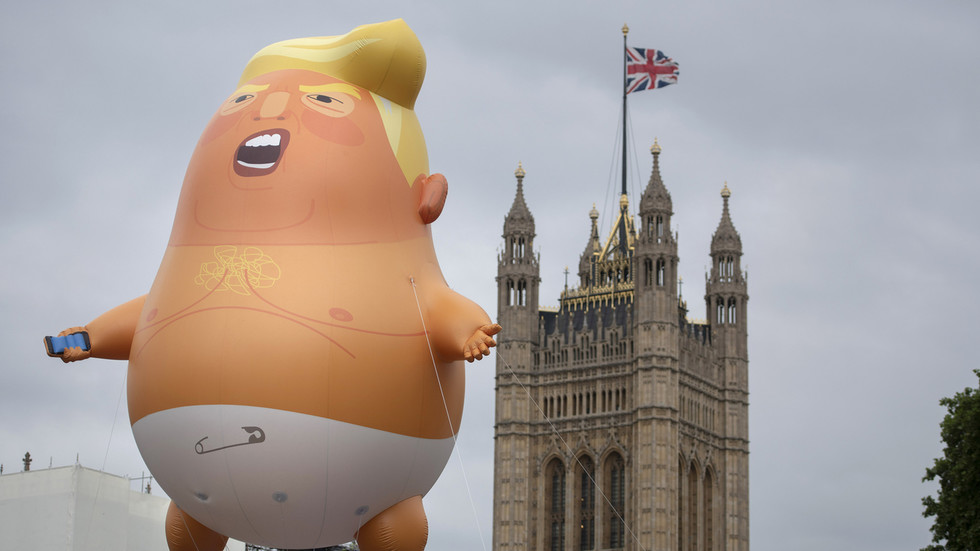 Brexit is coming: Is Britain ‘taking back control’ by handing sovereignty from EU to US?

We’re just several days away from Brexit, but will Britain really be ‘taking back control’ when Boris Johnson’s government is under such pressure to tie the UK even closer to the US?

Like 17.4 million other Britons I voted to leave the European Union in the June 2016 referendum. I did so not because I believed the EU to be the font of all evil, (it isn’t), but because, on the balance of things, I thought the advantages of the UK exiting outweighed the disadvantages.

Among those advantages for me were:

(1) Leaving would arguably make it easier for a Labour government to implement a much-needed re-nationalisation programme (of the railways, buses and utilities) and intervene in the economy to save British jobs as they wouldn’t have to worry about neoliberal EU regulations on state-aid.

(2) The UK’s contribution to the EU budget could be spent at home instead.

(3) Without Britain, there would be a greater chance of the EU following a foreign policy more independent of the US. Don’t forget the main reason Charles de Gaulle didn’t want Britain to join in the first place was because he feared it would lead to a “colossal Atlantic community dependent on and led by America which would soon absorb the European Community.”

(4) Britain would be able to regain control of its fishing waters – which would be good news for Britain’s fishing industry, which has declined badly in recent decades. In 2015, under the EU’s Common Fisheries Policy the UK was allocated just 30 percent of the EU quota for fishing ground stocks in British waters.

To these must be added another good reason for voting ‘Leave’ in 2016: if the Brexit side won then it would most certainly bring down the dreadful pro-austerity, pro-Remain duo of Prime Minister David Cameron and Chancellor of the Exchequer George Osborne who had inflicted so much unnecessary misery on the country. And that is exactly what happened.

But a great opportunity for the left to ‘own’ Brexit, and transform it into a genuinely progressive worker-friendly ‘Lexit’ was squandered. Labour, under Jeremy Corbyn, came very close to winning the 2017 general election, and would arguably have won without Blairite destabilisation and smear campaigns.

Tragically Labour then shifted from its electorally sensible ‘respect the referendum’ position to one of Brexit-blocking and support for a second referendum. That led to heavy losses in the pro-Brexit North and the Midlands and ensured that we’re in the position we’re in today. Brexit will be taking place, not under a Labour government, but a neocon dominated Tory one led by Boris Johnson. And there are legitimate reasons for ‘Leavers’ like me to be very concerned at that prospect.

Just look at how the goalposts have shifted since the general election which gave Boris Johnson a whopping eighty-seat majority.

Last week, a new agricultural bill was introduced to Parliament. Before the election explicit assurances were given to Britain’s farmers that in any future post-Brexit trade deals, there would be no allowing the importation of food produced to lower standards than those which UK farmers must adhere to.

But the bill provides no binding, legal commitment that food produced to lower standards won’t be allowed in.

Chlorinated chicken and hormone-treated beef imports from the US remain banned, but for how long?

It’s a similar story with manufacturing. Boris Johnson pledged that standards would be protected. Yet in an interview with the FT on Saturday, Chancellor Sajid Javid said there would be no alignment with EU regulations and said that manufacturers just had to “adjust.”

The desperation to strike a trade deal with the US puts the UK in a very weak position vis-a-vis the Trump administration and the US leadership knows it.

Iran is used as a bargaining chip

Influential Republican Richard Goldberg, a former member of the White House National Security Council, hinted very strongly that a US-UK trade deal would be under threat if the UK did not back the US on Iran.

Goldberg said “The question for prime minister Johnson is: ‘As you are moving towards Brexit, as your supporters of Brexit really do not like the nuclear deal, want you to get out of the nuclear deal … what are you going to do post-31 January as you come to Washington to negotiate a free-trade agreement with the United States?’” He added that it was “absolutely in his (Johnson’s) interests and the people of Great Britain’s interests to join with President Trump, with the United States…to realign your foreign policy away from Brussels.”

It was also reported in the Washington Post that, according to three unnamed European officials, the US had threatened the UK with a 25 percent tariff on its cars unless the British government publicly accused Iran of breaking the JCPOA nuclear deal. Can we believe the reports? They certainly ring true from what we know about how US administrations, and in particular this one, like to act.

In fact, it’s utterly naive to expect the US not to seek to apply maximum pressure on the UK to ‘get onboard’ with its anti-Iranian agenda, as a quid pro quo for sitting down to talk about a free-trade agreement.

Here’s the irony. Johnson and right-wing Brexiteers have quite rightly pointed out, in relation to the EU that if you’re desperate to get a deal with Brussels you won’t get a very good one. You have to keep ‘No Deal’ on the table to get concessions. But at the same time, they’ve made it very clear how important signing a free-trade deal with the US is to them, thereby putting Washington in the stronger position.

The US knows it's got Britain over a barrel, and is likely to be even more exploitative of this fact than the EU were, when they thought they had the upper hand.

The key question is this: What is the point of Britain ‘taking back control’ if we hand the sovereignty gained from the EU straight over to the US? Especially when in relation to the tinder box that is the Middle East, Trump seems to have sub-contracted out policy-making to the pro-Israel lobby, which as we all know is gunning for Iran.

What a terrible twist it would be if the UK’s ‘independence’ from the EU leads directly to Britain being dragged even deeper into a US-led Cold or potentially catastrophic Hot war with Tehran. I don’t regret voting Leave, but I do regret how we got to where we are today. How many of the 17.4 million who wanted Britain to be truly independent feel the same?
Add Comment