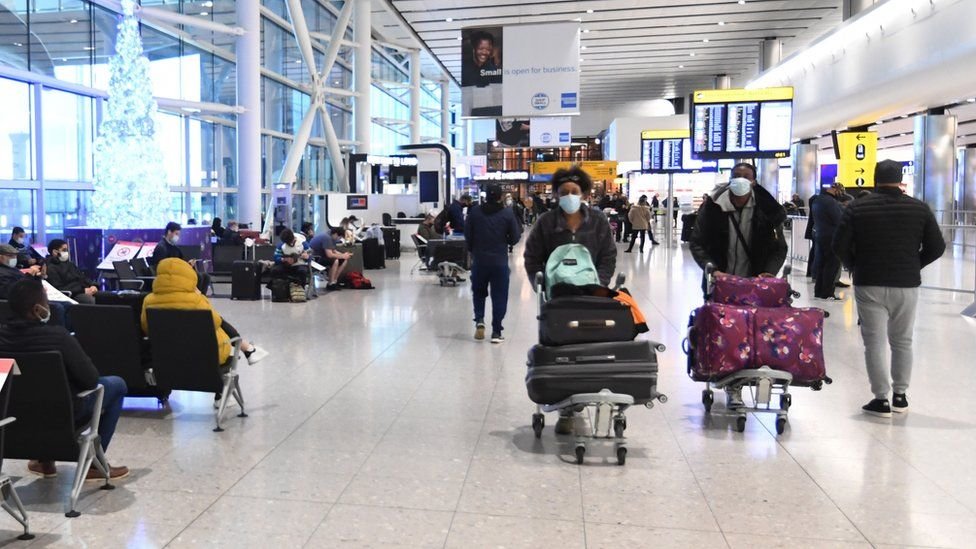 There will be "bumpy moments" for UK businesses and travellers as they get to grips with new EU rules, says government minister Michael Gove.

He said there would be "practical and procedural changes" when the Brexit transition period ends on 31 December.

EU ambassadors have approved the post-Brexit trade deal, paving the way for it to take effect on 1 January.

Under EU rules it can take effect provisionally, though the European Parliament will vote on it in January.

In the UK, MPs will vote on the deal on Wednesday.

Meanwhile, UK International Trade Secretary Liz Truss said she expects to sign a continuity trade agreement with Turkey this week - a move that was not possible until the deal with the EU was struck.

Mr Gove told BBC Breakfast: "I'm sure there will be bumpy moments but we are there in order to try to do everything we can to smooth the path."

He warned businesses that time was "very short" to make the final preparations before the transition period ends.

"The nature of our new relationship with the EU - outside the Single Market and Customs Union - means that there are practical and procedural changes that businesses and citizens need to get ready for," he said.

"We know that there will be some disruption as we adjust to new ways of doing business with the EU, so it is vital that we all take the necessary action now."

Businesses have been urged to make sure they understand the new rules on importing and exporting goods, including the different rules that apply to trade with Northern Ireland, and to consider how they will make customs declarations on EU trade.

Mr Gove also encouraged travellers to EU destinations from 1 January to take out comprehensive travel insurance, check their mobile phone provider's roaming charges and make sure they have at least six months left on their passports. 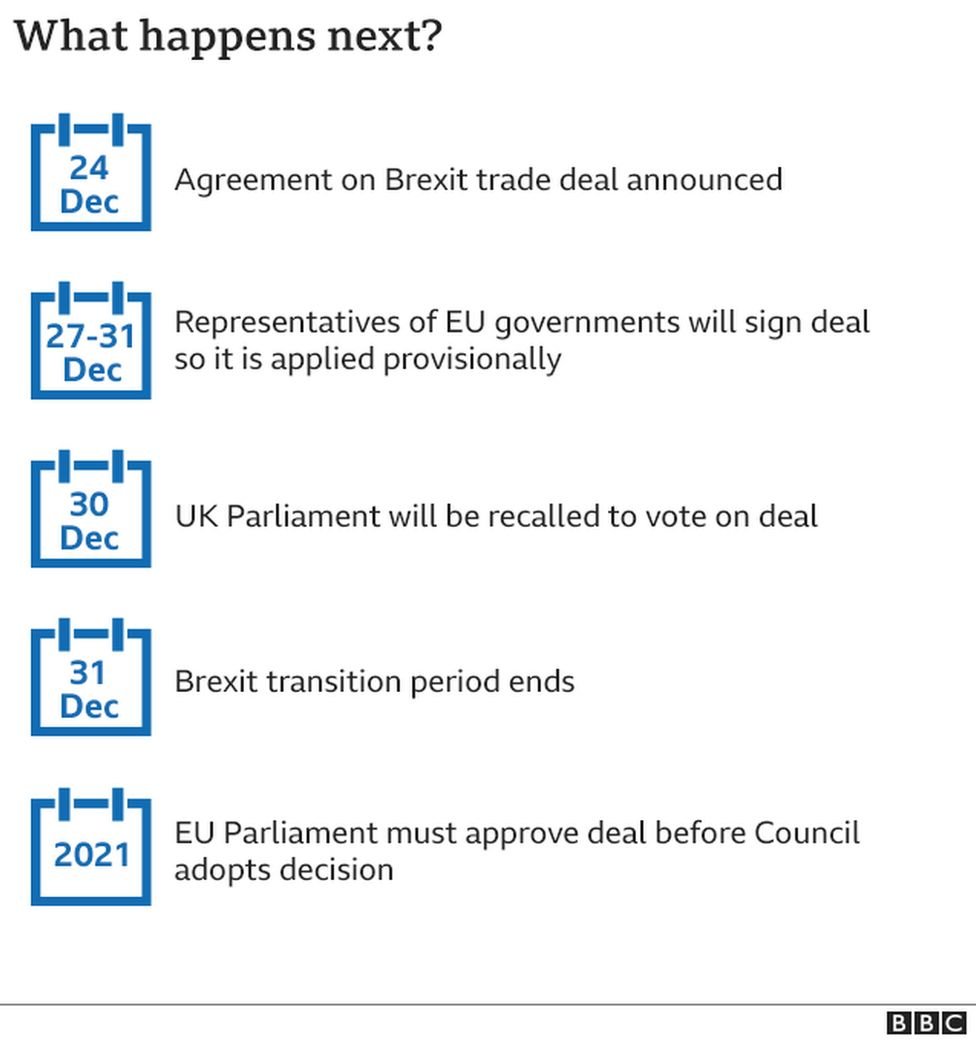 Measures are being put in place around the UK as it prepares to enter its new trading relationship with the EU.

The Scottish government has signed a lease to use a former military airfield in Dumfries and Galloway as an emergency lorry park for up to 240 vehicles if there is disruption at Cairnryan port near Stranraer.

In Wales, traffic measures have been introduced on a major road leading to Holyhead port.

Meanwhile, travellers from Great Britain will need to declare cash of €10,000 (£9,049) or more when entering Northern Ireland from 1 January.

*  A Brexit deal has been agreed, days before a deadline. It means that the UK and the EU can continue to trade without extra taxes being put on goods

*  There are big changes ahead. Although it's a trade deal that has been agreed, there will also be changes to how people travel between the EU and UK, and to the way they live and work

The trade deal was reached after months of fraught talks on issues including fishing rights and business rules.

Prime Minister Boris Johnson said it would provide new legislative and regulatory freedoms to "deliver for people who felt left behind".

But fishermen's leaders have accused him of "caving in" and sacrificing their interests. Labour called it a "thin deal" that needed "more work" to protect UK jobs.

Shadow Cabinet Office minister Rachel Reeves said the "bumpy moments" Mr Gove warned about were of the government's own making because it waited to strike the deal "so close to the wire".

She said the government had refused to engage with business on preparations, while dodging questions for months about the recruitment of customs agents and the development of IT systems.

"The government is treating its own incompetence as inevitable," she said.

The SNP said it was "the understatement of the century" that the UK would face disruption, adding that millions of businesses would now face "a mountain of extra costs, red tape, bureaucracy and barriers to trade in just four days' time".

Conservative grandee Lord Heseltine has urged MPs and peers to abstain when voting on the deal, warning it will inflict "lasting damage" on the UK.

The former deputy prime minister said he would "in no way share the endorsement of the legislation", but that he would not vote against it because the consequences of a no-deal would be even graver.

Political parties in Northern Ireland that take their seats in Westminster - the DUP, the Alliance and the SDLP - are set to vote against the deal.

The DUP, which supports Brexit, said its eight MPs would oppose the deal because it did not address "damaging" issues caused by introducing customs checks between Northern Ireland and Great Britain.

Over the weekend, Chancellor Rishi Sunak sought to reassure the City of London that it will not be damaged by the deal.

He said they would be "doing a few things a bit differently" and looking at "how we make the City of London the most attractive place to list new companies anywhere in the world".

The chancellor said the deal was "an enormously unifying moment for our country" and it brought reassurance to those who were concerned about the impact on businesses.