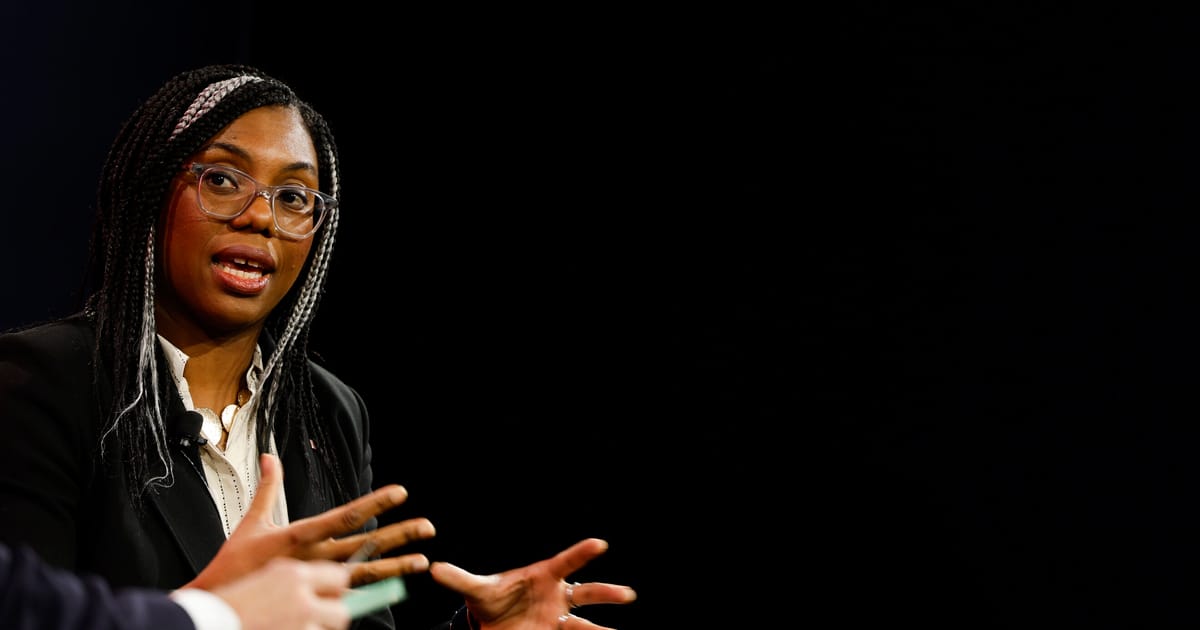 Three years after leaving the EU to chart its own course, Britain finds itself caught between two economic behemoths in a brewing transatlantic trade war.

In one corner sits the United States, whose Congress in August passed the Biden administration's much-vaunted $369 billion program of green subsidies, part of the Inflation Reduction Act (IRA).

In the opposing corner is the European Union, which fears Washington's subsidy splurge will pull investment — particularly in electric vehicles — away from Europe, hitting carmakers hard.

The EU is preparing its own retaliatory package of subsidies; Washington shows little sign of changing course. Fears of a trade war are growing fast.

Now sitting squarely outside the ring, the U.K. can only look on with horror, and quietly ask Washington to soften the blow. But there are few signs the softly-softly approach is bearing fruit. Britain now risks being clobbered by both sides.

“It’s not in the U.K.’s interest for the U.S. and EU to go down this route,” said Sam Lowe, a partner at Flint Global and expert in U.K. and EU trade policy. “Given the U.K.’s current economic position, it can’t really afford to engage in a subsidy war with both.” The British government has just unleashed a round of fiscal belt-tightening after a market rout, following months of political turmoil.

For iconic British motor brands, the row over the Biden administration's IRA comes with real costs.

The U.S. is the second-largest destination for British-made vehicles after the EU, and the automotive sector is one of Britain's top goods exporters.

Manufacturers like Jaguar Land Rover have warned publicly about the “very serious challenges" posed by the new U.S. law and its plan for electric vehicle tax credits aimed at boosting American industry.

Kemi on the case

U.K. Trade Secretary Kemi Badenoch has for months been privately urging top U.S. officials to soften the impact of the electric vehicle subsidies on Britain by carving out exemptions, U.K. officials said.

When Commerce Secretary Gina Raimondo visited London in early October, Badenoch pushed her to rethink the strategy. The U.K. trade chief brought that same message to Washington in a series of private meetings earlier this month, including at a sit-down with Deputy Treasury Secretary Wally Adeyemo.

Badenoch has “raised this issue on many levels,” an official from the U.K.'s Department for International Trade said, citing conversations with U.S. Ambassador to Britain Jane Hartley, with Secretary Raimondo, “and with members of the Biden administration and senior representatives of both parties." 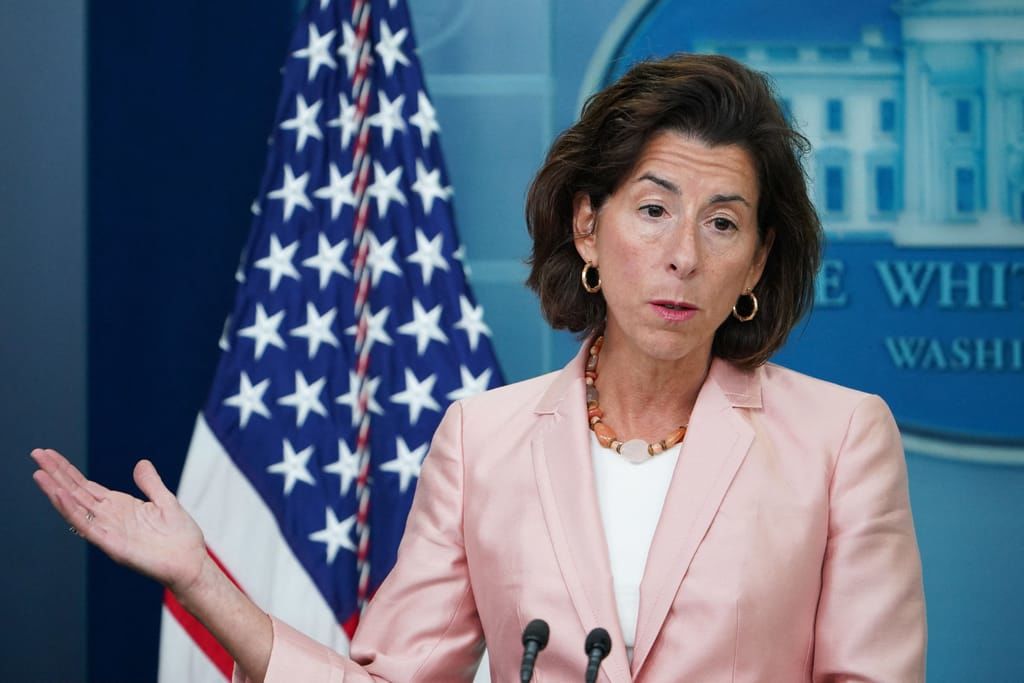 Badenoch's comments echo concerns raised by both British automotive lobby group the Society of Motor Manufacturers and Traders (SMMT), and by Jaguar Land Rover, in comments filed with the U.S. Treasury Department.

The SMMT warned that Biden’s green vehicle package has several "elements of concern that risk creating an uneven competitive environment, with U.K.-based manufacturers and suppliers potentially penalised." The lobby group is taking aim at the credit scheme’s requirement for green vehicles to be built in North America, with significant subsidies available only if critical minerals are sourced from the U.S. or a U.S. ally.

In response to Washington's plans, the EU is preparing what could amount to billions in subsidies for its own industries hit by the U.S. law, which also offers tax breaks to boost American green businesses such as solar panel manufacturers. Britain faces being squeezed in both markets, while lacking any say in whatever response Brussels decides.

Protectionism that impacts like-minded allies “isn’t the answer to the geopolitical challenges we face,” the British trade department official warned, adding “there is a serious risk" the law disrupts "vital" global supply chains of batteries and electric vehicles.

The conversations Badenoch had this month in Washington were “reassuring,” the official added. “But it’s for them to address and find solutions.”

Yet others believe Badenoch will have a hard time getting her colleagues in the U.S. — now cooling on a much-touted bilateral trade deal — to take action. “The U.S. is minimally focused on how any of their policies are going to impact the U.K.,” admitted a U.S.-based representative of a major business group.

While Britain and the U.S. are “very close allies,” they added, those in Washington “just don't really view the U.K. as an interesting trade partner and market right now.” The U.S. is more focused, they noted, on pushing back against China, meaning Badenoch has “a ton of work to do” getting the administration to soften the IRA.

Nevertheless the U.S. is still working out how its law will actually be implemented, the business figure said, and is assembling a working group on how the IRA impacts trade allies. This has the potential, they added, to “alleviate a lot of the concerns coming out of the U.K.”

Late Tuesday evening, the SMMT called on the British government to provide greater domestic support for the sector as it prepares to ramp up its own electric vehicle production. The group wants an extension past April on domestic support for firms' energy costs; a boost to government investment in green energy sources; and a speedier national rollout of charging infrastructure and staff training.

The U.K. “could consider legal action” and haul the U.S. before the World Trade Organization or challenge the EU through provisions in the post-Brexit Trade and Cooperation Agreement, said Lowe of consultancy Flint. “But — to be blunt — neither of them care what we have to say.” 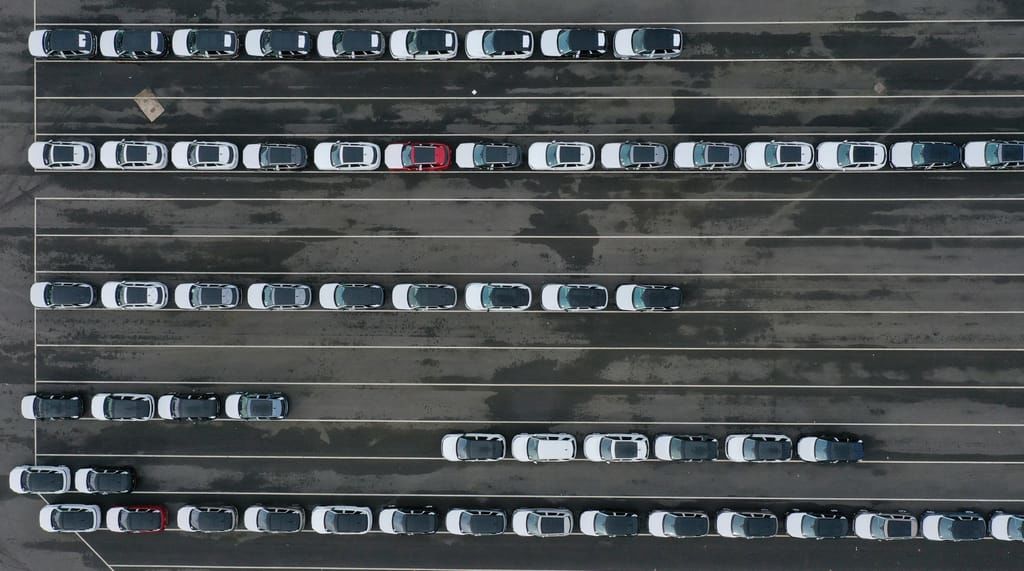 Anna Jerzewska, a trade adviser and associate fellow at the UK Trade Policy Observatory, suggested pressing ahead “with your own domestic policy and efforts to support strategic industries is perhaps more important” than complaining about foreign subsidy schemes. But she noted that after a "chaotic" political period, Britain is “likely to take longer to respond to external changes and challenges.”

And in truth, Britain “can’t afford to out-subsidize the U.S. and EU," said David Henig, a trade expert with the European Centre For International Political Economy think tank.

Outside the EU, Britain could work to rally allies such as Japan and South Korea who are also unhappy with the Biden administration’s protectionist measures, he noted. “But I don’t think we’re in that position,” Henig said, as it would take a concerted diplomatic effort, and the U.K.'s automotive sector would “have to be well positioned” in the first place, not struggling as it is. He predicted London’s lobbying in Washington and Brussels is “not going to get anywhere."