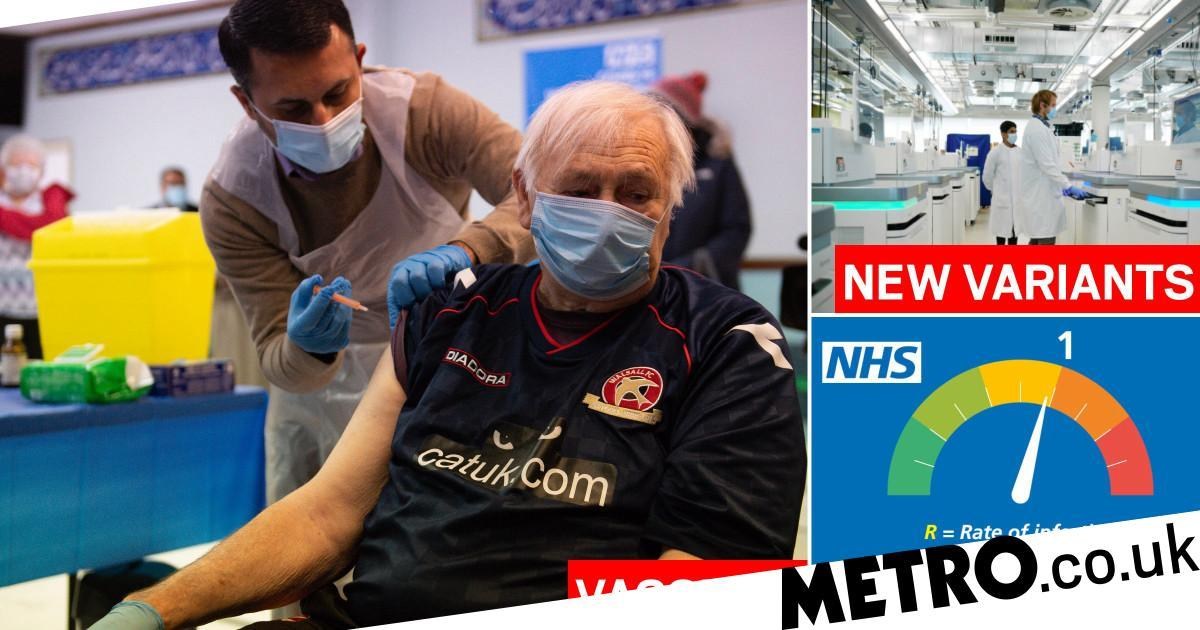 Boris Johnson told a Downing Street press conference today that the Government must be confident the new vaccine programme is working and that there are no changes which affect calculations, such as a new variation of the virus.

He also said the rate of infection needs to be ‘not still so high’.

It comes as the PM revealed the mutant UK variant of Covid-19 is more deadly than the original strain of the virus.

‘We’ve been informed today that in addition to spreading more quickly, it also now appears that there is some evidence that the new variant – that was first identified in London and the south east – may be associated with a higher degree of mortality,’ he said.

‘It is largely the impact of this new variant that means the NHS is under such intense pressure with another 40,261 positive cases since yesterday, we have 38,562 Covid patients now in hospital – that’s 78% higher than the first peak in April.’

Another 1,401 people were reported to have died with the virus today.

Both Mr Johnson and his scientific advisors – Professor Chris Whitty and Sir Patrick Vallance – agreed a lot more still needs to happen for the Government to consider lifting lockdown. 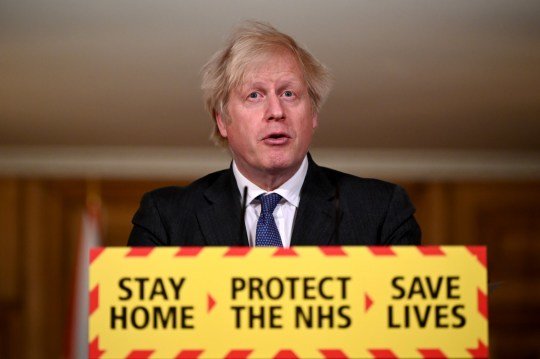 ‘We think this is the right package of measures to deal with the new variant and we don’t want to change and what we want is to see people obeying them and that’s the crucial thing,’ the prime minister said.

He added: ‘We are seeing some signs of flattening in the data in some areas – particularly in London and the South East where numbers of infections are coming down – that’s very encouraging.’

But he warned the rates are ‘still very high’.

‘But I think the most important thing is that we’ve got to be in a position where the rate of infection is not still so high, and it’s very high right now – so for unlocking just to lead to another big rebound, and I think that would be the wrong thing and the wrong way to approach it.’

He said it’s ‘not just about’ rolling out the vaccine, but Mr Johnson however was positive about progress of the mass vaccination programme.

The PM added although the ‘target remains very stretching indeed’ the Government remains on track to ‘offer a first dose to everyone in the top four priority groups by the middle of February’.

‘I want to thank all of you who have come forward to get your jabs because by doing that you are protecting yourselves, your communities and of course our NHS,’ he said.

‘I say to everyone when that letter arrives, please don’t hesitate to book that appointment and get this life-saving protection because this is the best and fastest way for us all to defeat this virus and get our lives back to normal.’