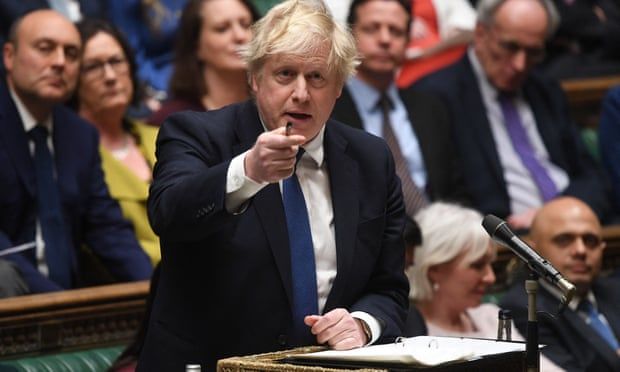 Of the 35 billionaires and ‘enablers’ of Putin on a list drawn up by Alexei Navalny, only one has been targeted by the British

New anti-corruption measures to help track down Russian assets in London and confiscate “dirty money” are to be fast-tracked by the government.

Ministers plan to bolster unexplained wealth orders, which can be used to seize illicit assets. The orders have had limited success to date after legal challenges.

The government will also shortly announce its proposed reforms of the Economic Crime Bill, which will include a register of overseas property ownership and reforms to Companies House. Labour has criticised the government after years of delays in implementing the reforms.

Boris Johnson said last week that the government would set up a “kleptocracy cell” in the National Crime Agency to target sanctions evasion and Russian assets hidden in the UK. He said it would mean London oligarchs would have “nowhere to hide”.

While the government has introduced sanctions since the invasion of Ukraine, it is under pressure to widen the measures against key figures who have amassed huge fortunes under Putin’s regime.

Ministers face calls to implement sanctions against all 35 oligarchs and “enablers” of the Putin regime on a list drawn up by the jailed Russian opposition leader Alexei Navalny.

The list, read out in parliament last week by a Liberal Democrat MP, Layla Moran, includes oligarchs with strong ties to London including Roman Abramovich and Oleg Deripaska. The government last week named eight individuals it was sanctioning, but only two, Gennady Timchenko, a Russian investor and Putin ally, and Denis Bortnikov, deputy president of the Russian state-owned VTB bank, are on the Navalny list.

Bill Browder, a financier and critic of Russia, said those on the Navalny list should now be sanctioned by the UK, adding: “You don’t get to be an oligarch unless you’re basically in cahoots with Putin.” 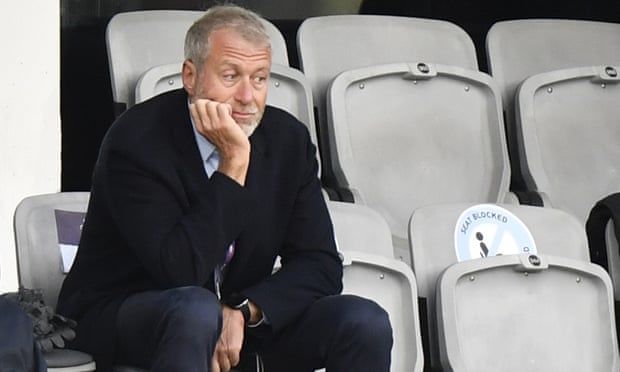 Roman Abramovich, owner of Chelsea Football Club, is said to be close to President Putin.

Abramovich has extensive interests in Britain, including his ownership of Chelsea Football Club and a multi-million-pound property empire, which reportedly includes a £150m mansion near Kensington Palace. Abramovich has disputed reports suggesting his alleged closeness to Putin and Russia, or that he has done anything to merit sanctions being imposed against him.

Chris Bryant, the Labour MP, last week told MPs he had been passed leaked Home Office documents which flagged concerns over Abramovich because of his links to the Russian state and his “public association with corrupt activity and practices”. Bryant said: “Surely Mr Abramovich should no longer be able to own a football club in this country?” The tycoon has not commented on the allegations but last night said he was handing “stewardship” of the club to the trustees of its charitable foundation.

Deripaska, an industrial tycoon, has been sanctioned by the US since 2018, but no action has been taken against him in the UK. He is a major shareholder in the aluminium company EN+, listed on the London Stock Exchange. Deripaska has taken legal action to challenge US sanctions, but has been unsuccessful. He has denied any wrongdoing and said US allegations against him were based on false rumours fuelled by rivals.

Another member of the Russian elite on the Navalny list is the former deputy prime minister of Russia, Igor Shuvalov, now head of Vnesheconombank (VEB), the Russian state development corporation. Shuvalov was placed on an EU sanctions list last week, but was not among the eight individuals sanctioned by the UK. He owns two flats in Whitehall Court, an imposing building built in the style of a French chateau overlooking the Thames, bought in August 2014 for £11.4m.

On Thursday, the UK government announced sanctions it said were designed to inflict “maximum and lasting pain on Russia” and “devastate” the country’s economy. The measures include asset freezes and travel bans affecting more than 100 companies and oligarchs it said were “at the heart of Putin’s regime”, including VTB, Russia’s second-largest bank; Rostec, Russia’s biggest defence company, and Tactical Missiles Corporation, the country’s leading supplier of air and sea missiles.

Meanwhile a Russian cargo ship carrying cars to St Petersburg was blocked from crossing the Channel on Saturday in line with new EU sanctions. The 127-metre vessel had set sail from the French city of Rouen but was intercepted by French naval forces and escorted to the port of Boulogne-sur-Mer between 3am and 4am local time, officials said. The regional maritime prefecture told Reuters that the ship was “strongly suspected of being linked to Russian interests targeted by sanctions” and that seizing it was a “sign of firmness”.