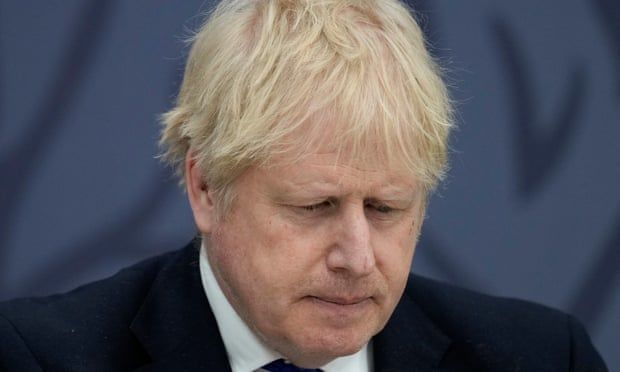 By blaming them for Britain being seen as “a soft touch for illegal migration”, continuing a government narrative against “lefty lawyers”, many in the profession believe the prime minister is putting a fig leaf over a policy that is likely to be extremely difficult to defend in the courts and may end up at the European court of human rights.

Adam Wagner, a human rights barrister at Doughty Street Chambers, said that while detail was lacking, sending asylum seekers to a repressive country was dangerous and potentially unlawful.

“That suits the government because I’m sure the Home Office will have been advised that these aspects of policy risk being struck down by the courts, but it’s just part of their overall strategy of picking fights with lawyers and courts – then they can blame them for the policy not working,” he said.

While Johnson expressed confidence that the policy was fully compliant with international legal obligations, lawyers have their doubts. A joint opinion on the nationality and borders bill by four barristers, led by the human rights and immigration QC Raza Husain, found that the offshore processing of asylum claims would risk breaching articles of the European convention on human rights (ECHR) and the refugee convention, including in the latter case those relating to “prohibition of expulsion” and “non-discrimination”.

Additionally, they found a risk of breaching the UK’s obligation to implement the refugee convention in good faith. Although what the government has announced is not offshore processing, it is arguably even more problematic from a legal perspective, involving removal – or expulsion, as the refugee convention puts it – to Rwanda, a regime with a dubious human rights record. Sailesh Mehta, a human rights barrister at Red Lion chambers, said: “The UNHCR [UN refugee agency] warns against the externalisation of our obligations.”

Johnson has said he is anticipating a legal challenge, and he is unlikely to be disappointed. But before then he has the already tricky task of getting through parliament the nationality and borders bill, which paves the way for offshore processing.

The government has twice been defeated in the House of Lords over several provisions in the bill, including offshore processing. The announcement regarding Rwanda illustrates a determination to press on rather than accept the amendments, but equally it may entrench the opposition in the Lords, particularly in light of the legal warnings.

Stephanie Boyce, president of the Law Society of England and Wales, which represents solicitors, criticised the government with a not so subtle reference to the Partygate fines.

“The government is announcing this scheme before parliament has approved the necessary powers,” Boyce said. “There are serious questions about whether these plans would or could comply with the UK’s promises under international treaty – for instance, if people were in practice prevented from claiming asylum in the UK altogether, or if the government were in effect to pre-judge claims for asylum from a particular group of people.