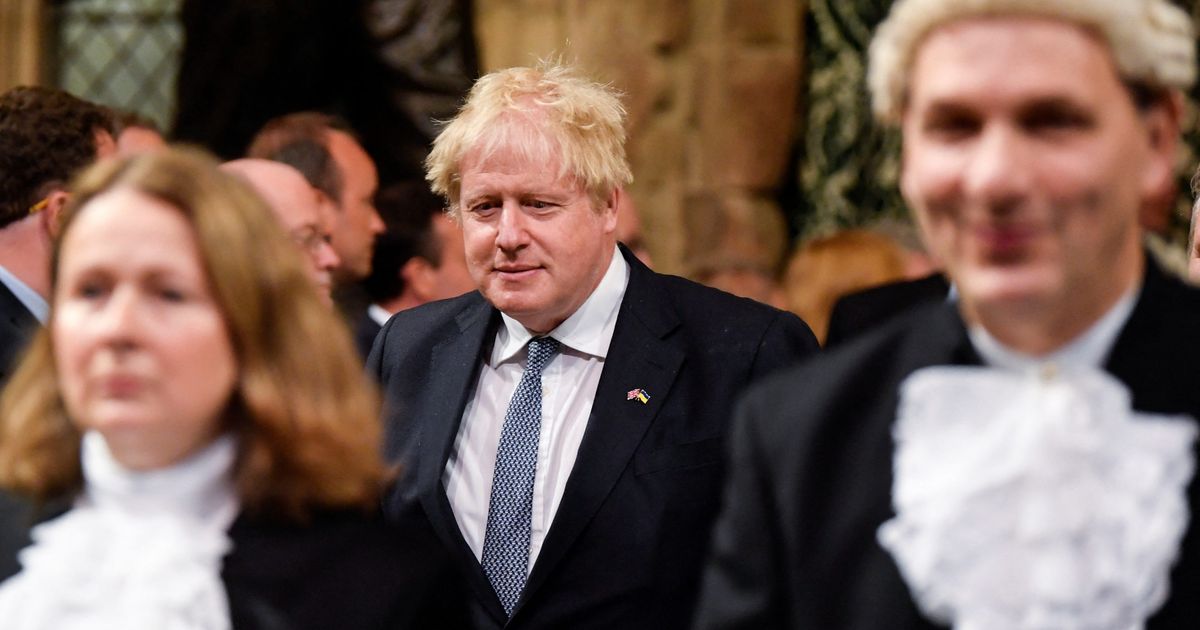 The queen’s speech, which sets out the government’s legislative plan in the British parliament, has all the drama.

What it didn’t have this time was the queen, who missed the occasion for only the third time in 59 years.

Also missing, at least according to opposition politicians and campaigners, was any fresh attempt to address the financial pressures bearing down on households as a result of rising energy bills and inflation.

Blaming the Conservatives’ failure to drive economic growth, Labour leader Keir Starmer said public services were suffering and “times are harder than they need to be” as a result.

The Joseph Rowntree Foundation, an anti-poverty charity, called the lack of new support measures “deeply worrying for families on low incomes” while the Energy and Climate Intelligence Unit think tank said steps to give immediate help such as better home insulation “seem to be falling by the wayside.”

It comes as the country grapples with a grim economic outlook, after the Bank of England warned the U.K. faces a “sharp economic slowdown” this year and raised interest rates to try to stem the pace of rising prices.

Prime Minister Boris Johnson alluded to the scale of the problem in the introduction to the queen’s speech, which is spoken by the monarch — or her understudy in this case — but scripted by the government.

“It is right that we continue doing whatever we can to ease the burdens people are grappling with now,” the preamble went, but crucially stressed that it was not just a case of throwing money at the problem — “we must also remember that for every pound of taxpayers’ money we spend on reducing bills now, it is a pound we are not investing in bringing down bills and prices over the longer term.”

The big question for Johnson is whether voters, and his own MPs, will wear that.

A cross-section of MPs seemed sanguine about the lack of economic assistance laid out, highlighting that the main levers lie with the Treasury and this was not a budget. Yet they were clear that this line will not hold until the fall, when the next budget is scheduled.

One senior Tory, who praised the measures set out on skills, mental health and the government’s manifesto promise to “level up” opportunities across the country, said the queen’s speech was never going to be the vehicle for financial support, but warned that an additional statement was needed “pretty soon” to address the rising cost of living.

A former minister said the argument that “we can’t spend our way out of the cost of living crisis will feel very threadbare in coming months as evidence of hardship mounts up.”

Johnson fretted that the cost of COVID had been “huge” in his own speech later Tuesday, while at the same time fueling expectation he would act on the cost of living sooner rather than later with the aside that he and Chancellor Rishi Sunak will be “saying more about this in the days to come.” This will do nothing to stem rumors in Westminster that the government is preparing an emergency budget for this summer.

However, in a sign that Sunak and his boss are once again not exactly on the same page, Treasury officials poured cold water on the idea of any imminent intervention, with one saying: “The budget timetables will be set out in the usual way. There will be no emergency budget.”

The ex-minister quoted above predicted anything announced before the fall would miss the hardest-pressed, as Sunak’s preference is “to avoid anything that adds a continuing extra cost to social security while showing we back ‘workers.’”

The government regularly highlights that the current economic picture is determined at least partly by global challenges beyond its control, while some analysts believe we may be at the outset of a longer-term realignment.

Ben Zaranko of the Institute for Fiscal Studies think tank cautioned that “the global energy shortage and price surges could just be something that makes us permanently poorer, and saying that the chancellor should protect households and businesses against permanent change in prices is first of all not very conservative and secondly, you can’t do that forever.”

“What he could do, if he so wished, is redistribute to help protect the most economically vulnerable,” he added.

This of course does not prevent Johnson from making choices about what or whom to prioritize when it comes to offering financial protection, and expectations from the public appear to be higher than ever.

Voters have become more favorable toward higher state spending in recent years and particularly as a response to the pandemic, polls suggest.

Pointing to the party’s disappointing results in parts of the country at last week’s local election, one adviser to the Conservatives said: “They tried to get [voters] used to not being able to spend more and voters have told them to eff off.”
#Boris Johnson  #Johnson  #Covid
Add Comment