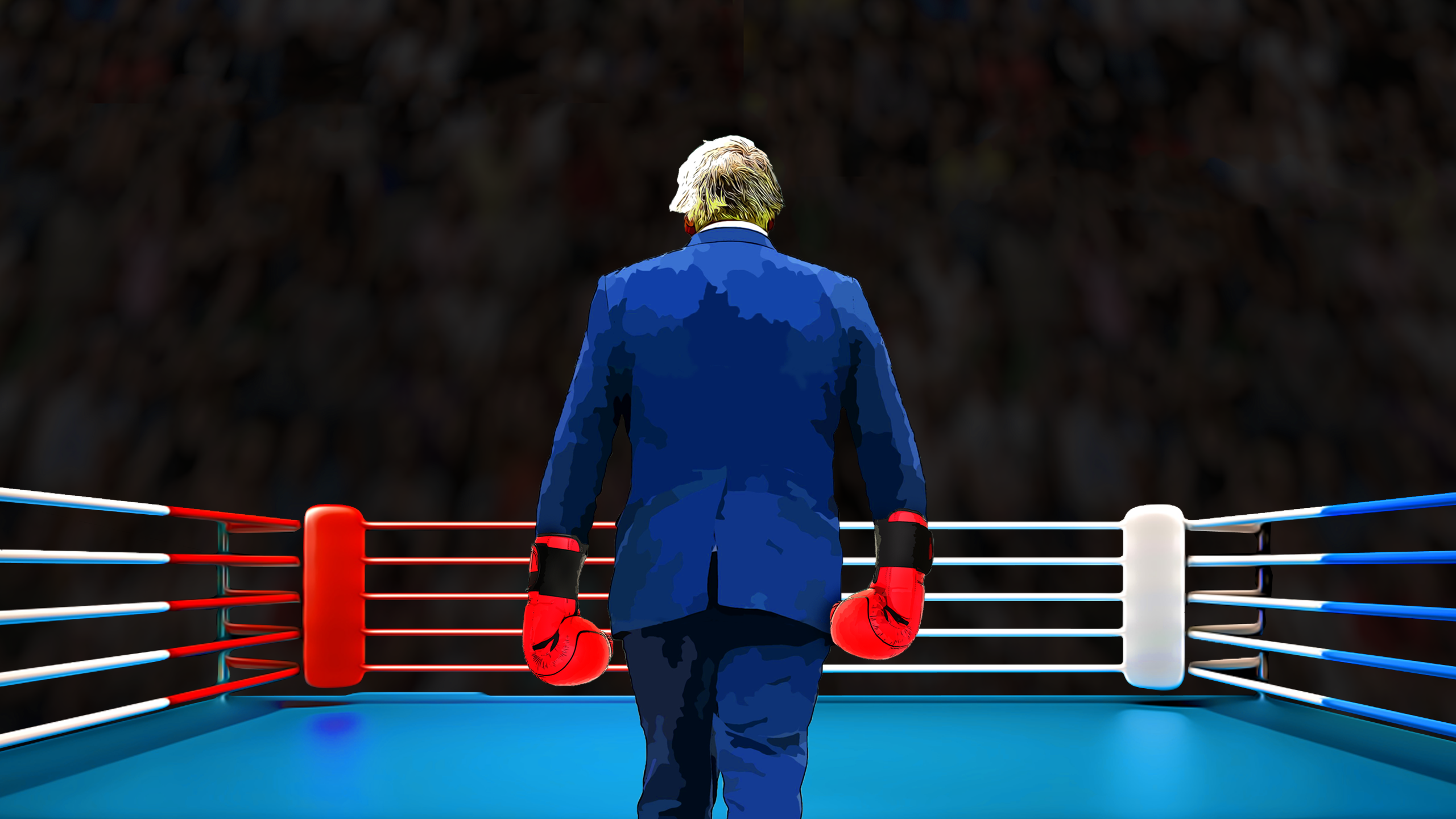 During the campaign period we will be profiling the main party leaders. This piece was first published in July 2019 and has since been updated.
“I’m not going to fight you,” Boris Johnson told me, after a moment’s silence. “You’re huge!”
I’d made my own preposterous suggestion on the phone to the then Conservative celebrity-MP for Henley in the autumn of 2002.

After a few minutes of cajoling and gentle persuasion he relented and changed his mind. “OK, I’ll fight you,” said Johnson. “But you’ll have to promise not to break my nose.” I did, of course. Promise, I mean. Not break his nose.

I had been recruited to take part in a televised bout of “celebrity boxing”, live on BBC Two.

In the end, the British Boxing Board of Control had more sense than I and, for a fleeting moment, Johnson had at the time. The boxing authorities judged that a high-profile fight between two barely trained middle-aged amateurs might be “reckless and irresponsible”. The “fight” was cancelled.

Johnson had pulled out by then, in any case. Not through any lack of “bottle”. Everything I have seen, heard or read about the UK’s new leader suggests no great fear of physical or, for that matter, political or social risk.

He clearly likes the idea of himself as a bit of a battler, not one to retreat from a scrap.

“Man or mouse?” he is fond of saying before some sudden boyish challenge to a friend or colleague - a game of “whiff-whaff” [ping-pong] on the table in his office, or a quick competitive sprint.

Nor did I detect then, or since, any conventional instinct to protect his dignity. Just the opposite. We had invited Johnson precisely because he cared so little for that. But he did, I think, feel it might seem a little ridiculous, even for him, to risk his profile in such a way before a live audience of millions, even for charity.

Incidentally, much later, as London Mayor, Johnson was said to have demonstrated his martial instincts by physically battling in a meeting room with David Cameron, like two overgrown schoolboys, for possession of a Treasury note setting out the available funds for transport in London.

Afterwards, as Andrew Gimson records in his biography of Johnson, both men claimed victory. We’ll never know the truth. It was, though, another glimpse into the deep rivalry underlying the outwardly friendly relationship between the pair.

At an uncertain and unstable time for British politics, for the economy and for the country’s place in the world, Conservative Party members chose a leader who defies almost every norm.

Any objective assessment of Johnson’s record, judgement and character throws up one perfectly legitimate doubt after another.

Yet his ability to connect with people (though not everyone and not all the time), to make them feel good about themselves and about him, is simply unique in public life. Whether at a feel-good time of national optimism, or, as now, a time of bitter division and much pessimism, it has turned out to be a gift which helped carry him into Downing Street.

Boris Johnson’s depth of character may be little trusted by his critics and by quite a few of his supporters too, but when Theresa May stepped down, he managed to make himself the leadership candidate most trusted by the deeply Eurosceptic Tory "selectorate".
Add Comment