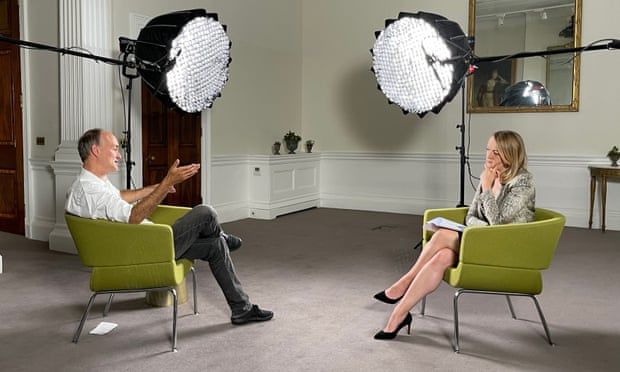 In his first TV interview since quitting as one of the most senior advisers in No 10, Cummings levelled repeated criticism of his former boss, saying aides feared Johnson had no plan to run the country and was only obsessed with “stupid” infrastructure projects.

He accused the prime minister’s wife, Carrie, of trying to “appoint complete clowns to certain key jobs”, claiming she wanted to be “pulling the strings” at the heart of government instead of the old Vote Leave team, and suggested a new political party be set up to “kill” off the Conservatives.

Cummings has launched severe attacks on the government in the months since he stepped down, frequently accusing Johnson of revelling in chaos, having little grasp of the Covid pandemic and ignoring calls to implement a second lockdown across England last autumn that led to many unnecessary deaths.

His blogs, leaked WhatsApp message exchanges posted to Twitter and seven-hour testimony to two parliamentary committees on the handling of the pandemic have all shone a light on the inner machinations of Johnson’s administration. However, some Tory figures have questioned his trustworthiness given the infamous breach of Covid rules when he travelled to Durham and Barnard Castle during the first lockdown last spring.

Cummings said that until the general election where the prime minister won a landslide Commons majority of 80 on the back of a promise to “get Brexit done”, Boris and Carrie had been happy to have veterans of the pro-Brexit campaign group he ran working in Downing Street.

But after that moment in December 2019, he said Carrie Johnson became frustrated that he was running the show inside No 10.

With his allies fearing for their positions by January 2020, Cummings said people inside government began privately speculating that “either we’ll all have gone from here or we’ll be in the process of trying to get rid of [Johnson] and get someone else in as prime minister” and discussed ways to oust Johnson.

He said they thought Johnson “doesn’t have a plan, he doesn’t know how to be prime minister and we only got him in there because we had to solve a certain problem, not because he was the right person to be running the country”.

Shedding light on his departure as one of Johnson’s most senior advisers, Cummings said the disagreements between him and the prime minister over how to tackle Covid grew, and that a “big argument” blew up over Carrie Johnson’s “interfering” with appointments in an “unethical and unprofessional way”.

Reflecting in his role in the run up to and years after the 2016 EU referendum, Cummings said that he did try to “provoke” some remainer politicians – but that that was a “by-product” of them pushing for a so-called “people’s vote” or confirmatory ballot on the terms of Brexit.

Speaking to the BBC for a programme to be aired at 7pm on BBC Two on Tuesday, Cummings said: “Did we lean into that in various ways to try and disorientate the people on the other side, yes! But that’s … politics.”

He also said anyone who was sure about answers to questions on the issue of Brexit “has got a screw loose”, and added that “no one on earth knows” if leaving the EU was a good idea.

Cummings urged Brexiters to consider creating a new party to take on the Conservatives or do what he did and “take over an existing party and try and bend it to something that’s different” – but did not say he should necessarily be at the forefront of such a movement.

A No 10 spokesperson insisted Johnson had “taken the necessary action to protect lives and livelihoods, guided by the best scientific advice” throughout the pandemic.

They stressed that the UK had seen “the fastest vaccination rollout in Europe”, saved millions of jobs through the furlough scheme and “prevented the NHS from being overwhelmed”, adding: “The government is entirely focused on emerging cautiously from the pandemic and building back better.”
#Boris Johnson  #Johnson  #Covid
Add Comment