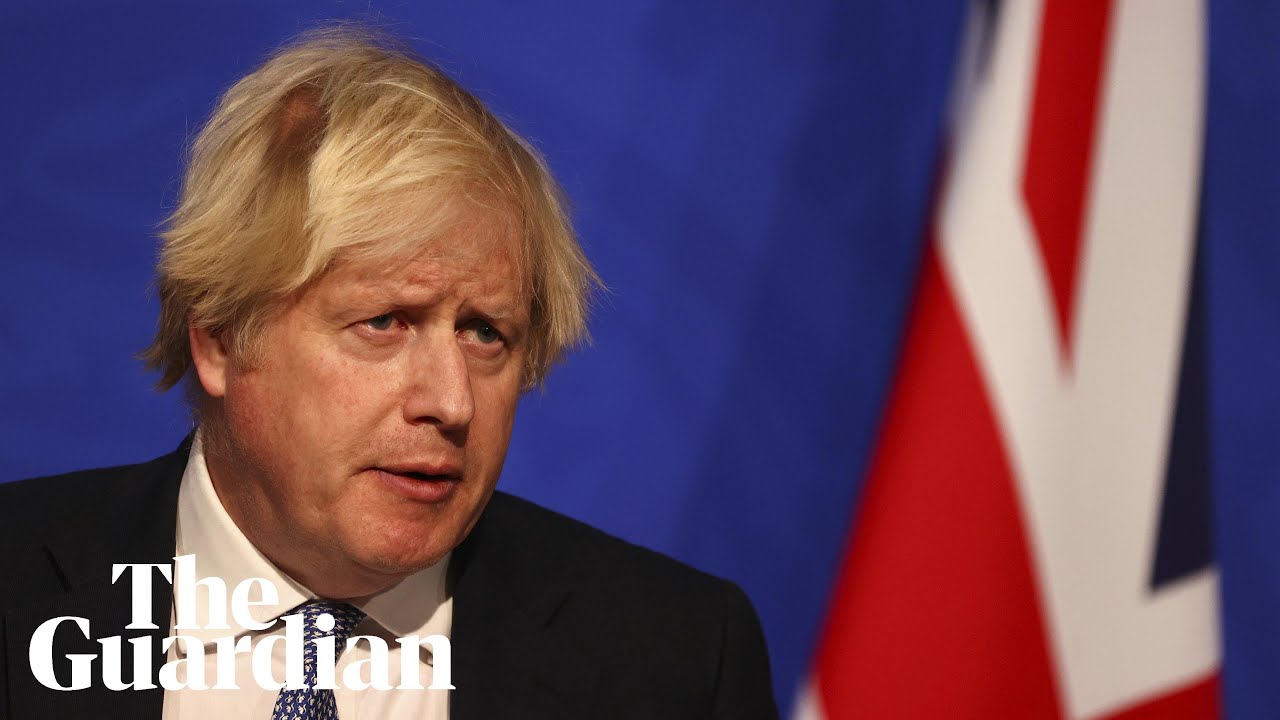 Boris Johnson rushed forward new Covid restrictions amid fears of an exponential rise in the Omicron variant, as his government was engulfed in a crisis of credibility sparked by the Christmas party scandal.

With government experts warning of 10 UK Omicron infections currently rising to 1m by the end of the month and up to 2,000 hospital admissions a day, Johnson insisted now was the time to act.

But Wednesday night’s announcement about the implementation of plan B measures came amid allegations Johnson’s own staff broke lockdown rules last year. Labour claimed he had lost his “moral authority” and some of his own MPs questioned why the public should now follow official advice.

At a Downing Street press conference, Johnson said people must work from home where possible from Monday and that face masks would be a legal requirement in most public indoor areas such as theatres and cinemas from Friday, with exemptions for eating and drinking in hospitality venues.

Vaccine passports available to the double-vaccinated on the NHS app will be necessary for those wanting to attend large, potentially crowded venues such as nightclubs from next week. But Johnson insisted there was no need to cancel Christmas parties or nativity plays, and nightclubs will remain open.

There will be a vote in parliament on the restrictions next week, with the government expected to face a substantial rebellion. The health secretary, Sajid Javid, was heckled in the Commons as he announced plan B.

Johnson came under pressure immediately over the decision to bring in new restrictions at a time when No 10 was under fire over a Christmas party when socialising was banned last year.

William Wragg, a Tory MP, accused the prime minister of a “diversionary tactic”, while Mark Harper, a former chief whip, questioned why anyone should “do things that people working in No 10 Downing Street are not prepared to do”.

Johnson came under further fire from Douglas Ross, the leader of the Scottish Tories, who said the prime minister should resign if he had misled the Commons, and Ruth Davidson, a former Scottish Tory leader, who said: “None of this is remotely defensible. Not having busy, boozy not-parties while others were sticking to the rules, unable to visit ill or dying loved ones. Nor flat out denying things that are easily provable. Not taking the public for fools.”

In a bid to defuse the furore, Johnson apologised in the Commons over a leaked video showing his aide Allegra Stratton laughing and joking about the party held on 18 December last year. Claiming to be “sickened” by the video, he asked Simon Case, the cabinet secretary, to investigate whether the event had complied with Covid rules.

However, it later emerged that Case’s inquiry would not cover a second party on 27 November, at which Johnson is said to have given a speech, or claims of a party at Johnson’s Downing Street flat on 13 November, which has also been denied. The Met police announced they would not investigate despite complaints from two Labour MPs.

Stratton, the Cop26 spokesperson, later resigned in a tearful statement outside her front door, saying she should would “regret those remarks for the rest of my days”.

Keir Starmer, the Labour leader, said it was not credible for Johnson to pretend he had known nothing. “They knew there was a party, they knew it was against the rules, they knew they couldn’t admit it, and they thought it was funny.” 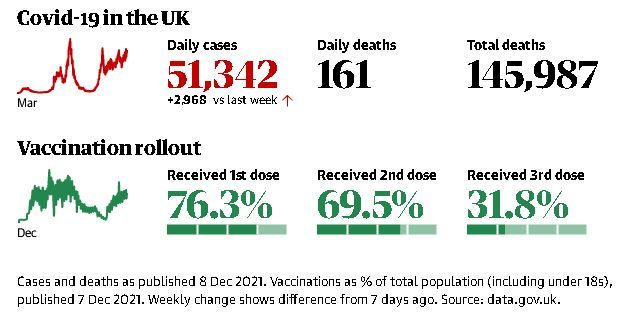 Johnson denied the accusation that the new rules had been hastened to distract from the crisis engulfing him. “The British public … can see the vital importance of the medical information that we are giving and can see the need to take it to heart and to act upon it,” he said.

“Imagine the counterfactual. People say we are somehow making this announcement to coincide with events in politics, well, imagine that this step were to have been delayed because of political events. What would people say then? You have got to act to protect public health when you have clear evidence.”

Chris Whitty, England’s chief medical officer, said people do “get very angry when they feel the rules are unfair”, but this needed to be separated from evidence that showed restrictions were necessary.

Sir Patrick Vallance, the UK government’s chief scientific adviser, said: “We are now facing a viral variant that is rapidly progressing and measures need to be taken to slow that.”

Johnson and his two key advisers also stressed the necessity of boosters to guard against Omicron, despite the vaccine passport scheme only applying to those who have had two jabs for now. New data has shown that three doses of the Pfizer/BioNTech vaccine are likely to protect against infection with the Omicron variant – but two doses may not.

With anger rising on the Tory backbenches about the move to new restrictions, Johnson appeared to hint during the press conference that he was prepared to bring in harsher limits for the unvaccinated to prevent a rolling cycle of strict measures.

Asked why there was no mandatory vaccination, Johnson said there was no case for forcing people to get jabs, but argued that the UK would need a national “conversation about the way we deal with this pandemic”.