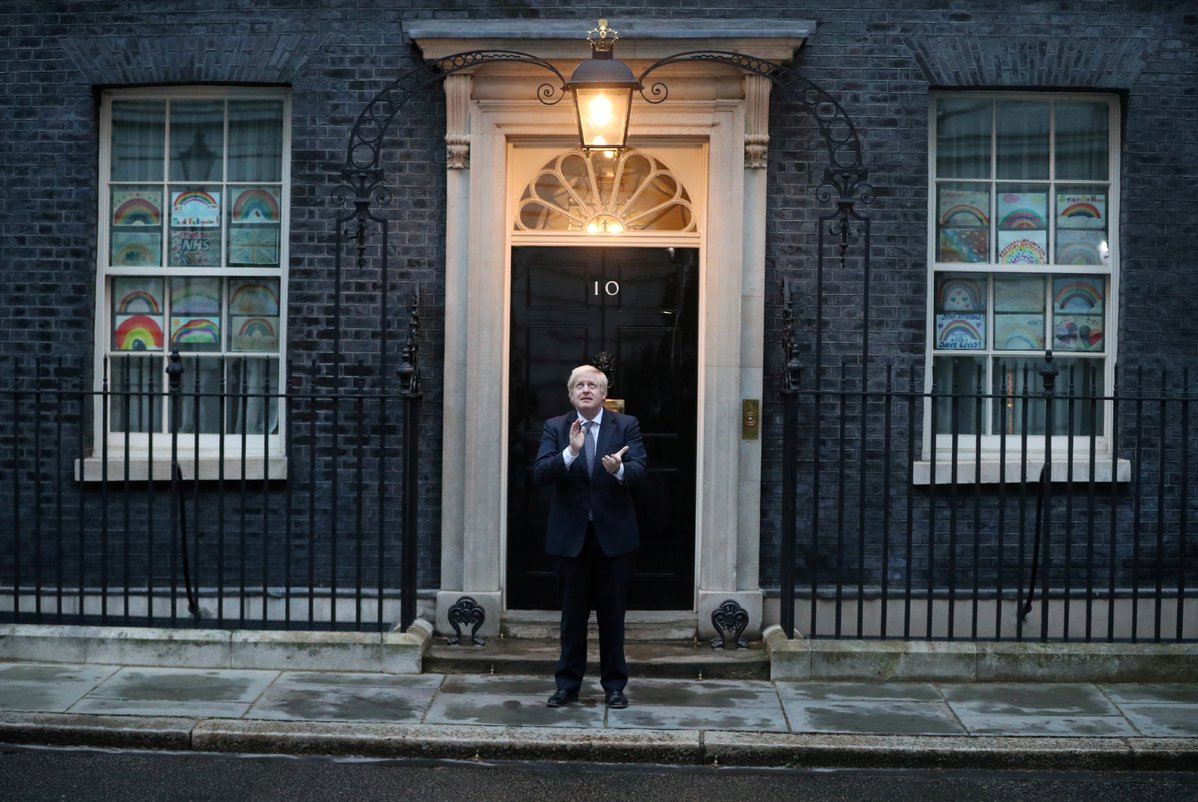 The British government had a contingency plan for Prime Minister Boris Johnson's death as he battled COVID-19 in intensive care last month, he said in an interview with The Sun newspaper.
Johnson, 55, returned to work on Monday, a month after testing positive for COVID-19. He spent 10 days in isolation in Downing Street before he was taken to London's St Thomas' Hospital where he spent three nights in intensive care.

"They had a strategy to deal with a 'death of Stalin'-type scenario," Johnson was quoted as saying in Sunday's edition of The Sun. "It was a tough old moment, I won't deny it."

Johnson said that during the period when he was self-isolating in Downing Street, he had resisted going to hospital.

"I was in denial because I was working and I kept doing these meetings by video-link," he said. "But I was really feeling pretty groggy ... I was feeling pretty wasted, not in an intoxicated way, but just, you know, pretty rough."

"Then I was told I had to go into St Thomas'. I said I really didn't want to go into hospital. It didn't seem to me to be a good move but they were pretty adamant. Looking back, they were right to force me to go."

Johnson was admitted to a ward on April 5 and given oxygen via a face mask and a tube in his nose. But it soon became clear he needed more and so he was given a large face mask. Events took a turn for the worse and got "a bit scary" when he was moved to intensive care the next day.

"I was going through litres and litres of oxygen for a long time," he said.

"The bad moment came when it was 50-50 whether they were going to have to put a tube down my windpipe," he said. "That was when it got a bit?They were starting to think about how to handle it presentationally."

The Prime Minister said the "bloody indicators kept going in the wrong direction" and he realized there was no cure for the disease.

After Johnson was discharged, St Thomas' said it was glad to have cared for the prime minister, but the hospital has given no details about the gravity of his illness beyond stating that he was treated in intensive care.