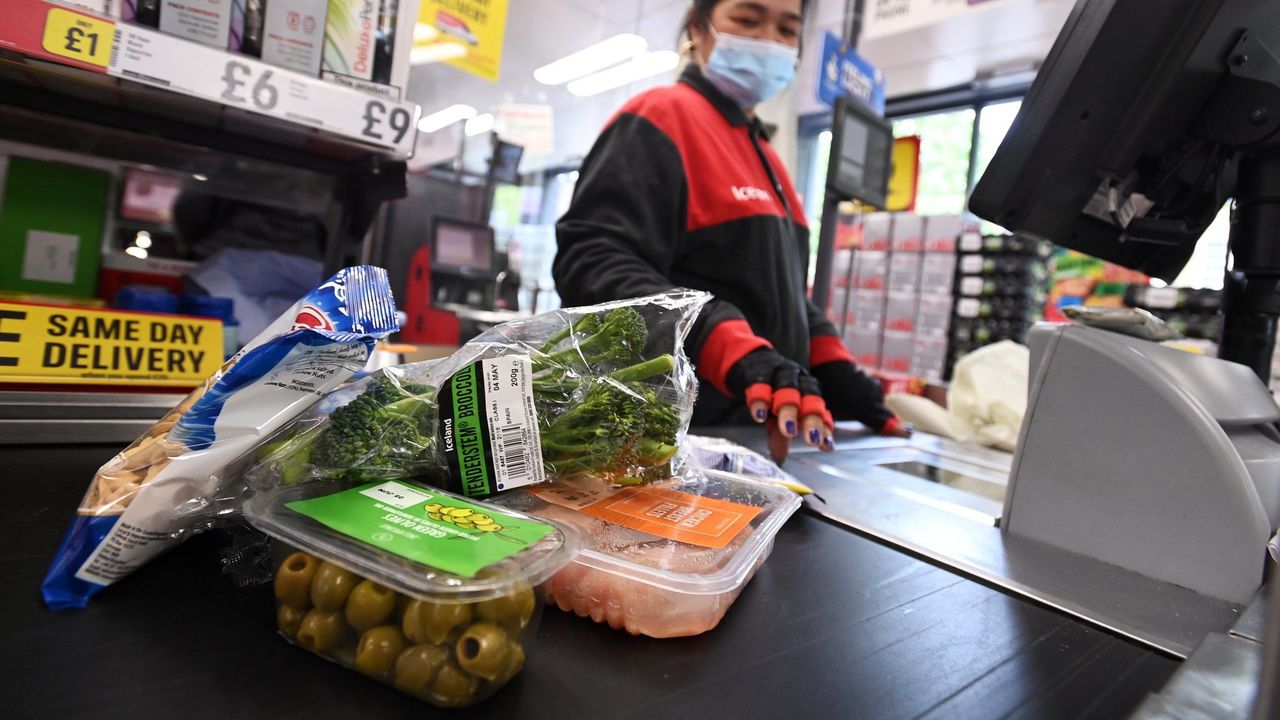 Boris Johnson has warned he does not have an "unlimited number of shots to play" when it comes to tackling record rises in the cost of living.

In an interview with the BBC, the prime minister promised the government would "use all the ingenuity and the compassion" to support people with price hikes "in the short-term".

But he said there would not be "a magic solution" for every family overnight.

Labour has accused him of offering "no answers" to a "cost of living crisis".

Political parties are arguing over living costs ahead of local elections in England, Wales and Scotland, and for Northern Ireland's government.

Inflation is at a 30-year high of 7%, driven upwards by surging food and energy prices, and is expected to rise further later this year.

The government has announced a council tax rebate and repayable discount on energy bills, but is facing calls to go further now to help with costs.

It has also come under criticism over the 3.1% rise in the state pension and other benefits that are not keeping pace with inflation.

Ministers are looking at other measures to lower living expenses, including less frequent MOT tests and relaxing nursery staffing rules in a bid to reduce the cost of childcare.

Mr Johnson said he accepted the country was "going to have a tough period for a while".

But while he promised the government would "continue to look at all the options" to support households, he said there were limits.

Talking to the BBC's regional news programmes, the PM said: "We will use all the ingenuity and the compassion that we had during Covid to try to help people in the short-term.

"That doesn't mean we have an unlimited number of shots to play.

"We've got to be clear - this is taxpayers' money, you're taking it to cut prices, there are limits to what you can do."

He added: "I am not going to pretend that every family is going to have a magic solution from the government overnight… but we can be as ingenious and compassionate as possible."

Mr Johnson's comments came after he faced criticism from an interview with ITV's Good Morning Britain on Tuesday.

Asked about rising prices, the PM initially said the government was "doing everything we can" to help households.

But pressed on whether the response went far enough, he later said the taxpayer-funded response "isn't going to be enough immediately to help cover everybody's costs".

"Of course that isn't going to work enough in the short-term," he added.

Asked whether there should be a more generous uplift to benefits, he warned this brought the risk of triggering an "inflationary spiral".

Opposition parties have suggested hiking taxes on oil and gas companies to pay for bigger support payments to help households with energy bills.

They have renewed their calls on Tuesday, after BP announced its profits for the first three months of this year have more than doubled.

And the SNP's Westminster leader, Ian Blackford, said the government should tax firms making "excessive profits", adding: "Those proceeds should be invested back into making sure those who are suffering from the cost-of-living crisis get some help."

But Mr Johnson rejected a windfall tax on energy firms, saying the likes of BP "already pay shedloads of tax as businesses".

He told the BBC the question for government was "if you whack a biz with a tax how does it respond?", claiming it would "deter them" from investing in the UK.

Speaking to BBC local radio, Adrian Ramsay, co-leader of the Greens in England and Wales, said his party's plan for an "ongoing carbon tax", as well as on oil and gas windfall tax, would help fund better home insulation to cut bills.

Asked whether it might deter investment, Sir Keir said his party's proposal was for a year-long tax increase on "profit they didn't expect to make".

"The National Insurance rise is going to hit working people in the middle of a cost-of-living crisis."

Mr Johnson also faced criticism from Labour for his response to a question from GMB about the situation of a 77-year-old widow.

Presenter Susanna Reid said Elsie, a GMB viewer, had resorted to using her London Freedom Pass to ride on buses "all day to avoid using energy at home".

In his reply, the PM claimed credit for introducing the pass - which gives pensioners and others discounted travel - when he was mayor of the capital.

Shadow work and pensions secretary Jonathan Ashworth said his reply showed "just how out of touch this narcissistic prime minister is".

PM: The government does not have “an unlimited number of shots to play” when dealing with the cost of living.
#Boris Johnson  #Johnson  #Covid
Add Comment