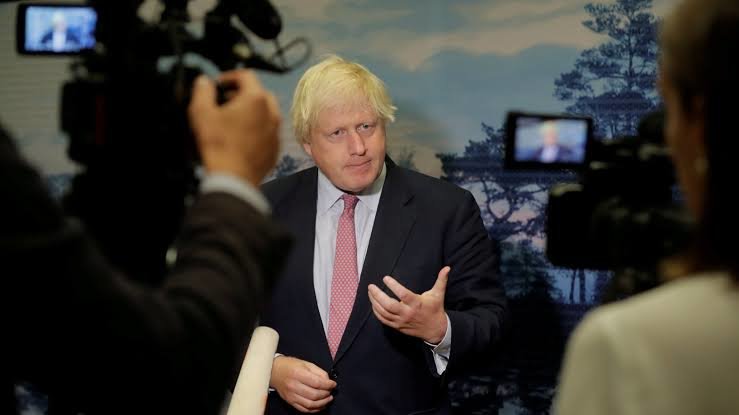 Nearly four years after the Brexit vote, Britain has left the European Union, closing a rancorous chapter in the country’s history and beginning another viewed by some with optimism and others with dismay.

Speaking ahead of Britain’s official 11pm exit on Friday, Boris Johnson acknowledged that “there are many… who feel a sense of anxiety and loss” but promised it would bring about the revival of the UK’s “power of independent thought and action”.

EU leaders sought to use the UK’s departure as a warning for others, insisting that Britain’s decision would show that “strength does not lie in splendid isolation”.

As a clock was projected onto Downing Street to count down to the moment when the UK’s 47-year membership of the EU officially came to an end, Johnson released a video message, saying it would usher in “real national renewal and change”.

Johnson did not mention the word “Brexit”, which Downing Street has excised from government communications, promising instead to “spread hope and opportunity to every part of the UK”.

The prime minister toasted the moment with English Sparkling wine in Downing Street, which was illuminated by a red and blue light show, as were government departments along Whitehall, and parliament square was decked with union flags for the historic day; but Big Ben did not bong, contrary to the hopes of ardent Brexiters.

But that celebratory mood was not matched in Europe, where French president Emmanuel Macron warned that Brexit was an “alarm signal” of huge historic significance, reiterating his claim that the 2016 leave campaign was based on “lies, exaggerations and cheques that were promised but will never come”.

Speaking in Paris, Macron referenced the defining nature of the British decision to turn its back on 47 years of membership. “There is a long history between France and Britain, one made of blood, freedom, courage and battles, I will not forget that,” he said.

Ursula von der Leyen, the European commission president, said: “We want to have the best possible relationship with the United Kingdom, but it will never be as good as membership. Our experience has taught us that strength does not lie in splendid isolation, but in our unique union.

“It is clear Europe will defend its interests in a determined manner. Only those who acknowledge rules of internal market can benefit from the common market,” she added.

In The Hague, when asked whether he had called Boris Johnson to offer his congratulations, the Dutch prime minister, Mark Rutte, responded by telling reporters there were no grounds for congratulations.

But the British government was determined to treat the moment as a chance to drive home an optimistic vision of the country’s future. Cabinet ministers met in Sunderland on Friday in a symbolic gesture of their plan to “level up” regions outside London – with many tweeting pictures of themselves on public transport en route.

According to an official readout, Johnson opened the meeting by telling them the UK was “turning a page on the division of the last three and a half years and going full steam ahead to bring the nation together”.

The PM then returned to London on Friday evening to welcome ministers and veterans of the Vote Leave campaign to No 10 for a celebration – though the government has been keen to avoid any tone of triumphalism.

Guests were served British-sourced canapés, including savoury shortbread topped with Shropshire blue cheese, a ploughman’s of cheddar and pickle, and roast beef and Yorkshire pudding – washed down with English bubbly.

In his video statement, Johnson insisted Brexit would mark a moment of “national renewal,” after which the UK could become simultaneously, “a great European power, and truly global in our range and ambitions.”

“In our diplomacy, in our fight against climate change, in our campaigns for human rights or female education or free trade we will rediscover muscles that we have not used for decades. The power of independent thought and action,” he said.

Labour leader Jeremy Corbyn issued his own video statement, saying there would be “different views and feelings” about Brexit “right across our country”.

“The question now is what direction do we take?” he asked, calling for politicians to “build a truly internationalist, diverse and outward-looking Britain”.

As well as marking the end of a three-and-a-half-year stalemate at Westminster, the UK’s departure from the EU kicks off a scramble to secure a trade deal with the EU27 in time for the end of the status quo transition period, on 31 December.

Downing Street has made clear to UK businesses that they should prepare to face extra “processes” at the border with the EU27, as the government retains the right to diverge from EU rules.

It was Theresa May’s willingness to sign up to a “common rulebook” for key sectors, limiting the UK’s right to set its own rules, that prompted Johnson’s resignation from her cabinet as foreign secretary in the summer of 2018 – following that of the then Brexit secretary, David Davis.

EU leaders speaking in Brussels on Friday vowed to fight for the bloc’s interests in the coming negotiations.

Charles Michel, the former Belgian prime minister who is now president of the European council, told reporters the EU wanted to have the closest ties possible with the UK, but added: “We have to be very clear, if the UK decides to diverge from EU standards it will have less access to the single market.”

David Sassoli, the president of the European parliament, said Brexit marked “a wound” and it was a chance to take stock of Britain’s decision. “This day will go down in the history of the EU but will allow our institutions and countries to be far more united and much prouder in our defence of this great vital area.”

Sassoli, an Italian MEP from the socialist group in the parliament, claimed the EU was a bulwark against the unfettered use of strength on the global stage. “Ask yourselves this: why does everyone want to divide us today? Because when there are common rules, we live better and defend those who are weaker. Where there are no rules, only the strongest prevail.”

As well as racing to secure an EU trade deal, the government will now begin negotiations with other major economies, and Johnson said he hopes to have 80% of the UK’s trade covered by a free trade agreement by the end of the year.

Brexit claimed the jobs of two Tory prime ministers – David Cameron, who called the referendum in a futile bid to heal the divide over Europe in his party, and Theresa May, who tried and failed to implement the result.

May tweeted on Friday: “We can finally say that we have delivered on the result of the 2016 referendum and kept faith with the British peopl

At 11pm tonight, Britain will leave the European Union. After more than three years, we can finally say that we have delivered on the result of the 2016 referendum and have kept faith with the British people.