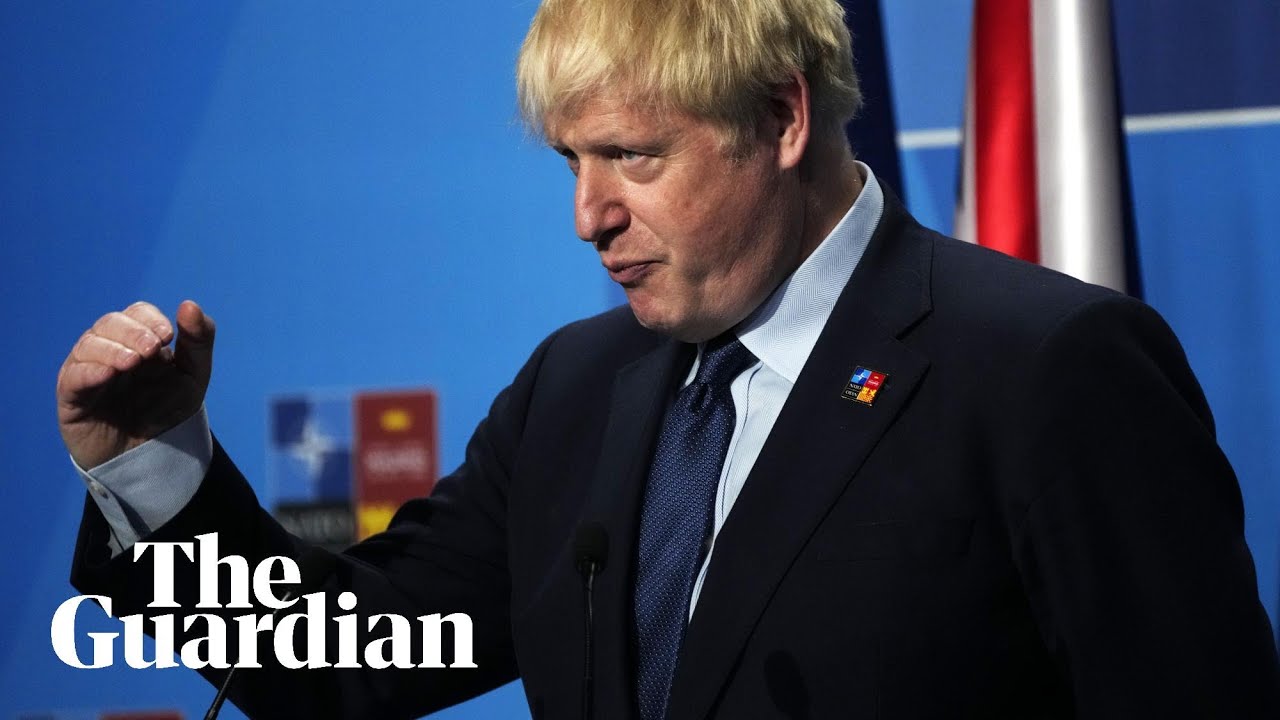 PM says increase to 2.5% of GDP will be reached by end of decade as UK needs to adapt to more dangerous world

Boris Johnson has signalled a significant increase in the UK’s defence budget to 2.5% of GDP by the end of the decade, raising questions about his commitment to cutting taxes, as a Nato summit dominated by the Ukraine conflict drew to an end in Madrid.

“We need to invest for the long term in vital capabilities like future combat air while simultaneously adapting to a more dangerous and more competitive world,” the prime minister told a press conference.

“The logical conclusion of the investments on which we propose to embark, these decisions, is that we’ll reach 2.5% of GDP on defence by the end of the decade.”

Downing Street insisted Johnson’s remarks did not constitute a concrete pledge, with any formal decisions left for the future; however, it followed pressure from the defence secretary, Ben Wallace, for more resources beyond the current spending round, which ends in 2024-25.

After Johnson’s announcement, a source close to the defence secretary said Wallace had “always been clear that as the threat changes, so should defence spending”.

With many Conservative backbench MPs pressing for the government to slash taxes, the announcement raises questions about where Johnson’s priorities lie – and what offer the Tories will make at the next election on tax and spending.

Torsten Bell, the director of the Resolution Foundation, said: “If we’re permanently going to get to 2.5%, then you are talking about a significant shift in what the state is doing. In the long run, we’ve managed to grow our welfare state without raising taxes, by shrinking the military. If we’re wanting to reverse the direction of travel on that, then you’re not also going to be able to turn around the NHS and have taxes substantively coming down.”

Johnson is planning to make a joint speech with the chancellor, Rishi Sunak, in the coming weeks, setting out how the pair see the UK economy, against a backdrop of soaring inflation.

At a press conference capping a nine-day trip during which the prime minister has also attended a Commonwealth summit in Rwanda and the G7 summit in southern Germany, Johnson said Vladimir Putin had succeeded in uniting the west against Russia.

He said there had been “strong unanimity” at Nato and the G7 but the argument on supporting Ukraine had to be made across the international community. He said he had been listening to “other voices, some of whom I think are under a misapprehension about what is really going on, and who is really to blame, and the spikes in fuel prices, under a misapprehension about what Nato really is”.

With soaring food and fuel prices back home, Johnson was asked whether there was a risk that consumers would suffer from Ukraine “fatigue” as the cost of living crisis bites. He replied that the “point about the cost of freedom is that it is always worth paying”.

Labour said the prime minister should shoulder some of the responsibility for falling living standards, however. The shadow financial secretary to the Treasury, James Murray, said: “We must of course do all we can to support Ukraine as Russia’s aggression continues.

“But the Tories have only got themselves to blame for a decade of stagnating wages, low growth, higher taxes and poor delivery. They have let the country down and are looking for any excuse instead of fixing the problems they created.

At the press conference, Johnson said Nato should offer a security guarantee for Ukraine: “All of Nato, or just some Nato countries, should be offering deterrence by denial, so that we fortify Ukraine with Nato-grade weaponry, plus intelligence, plus training, so that no future attack is conceivable.

“That’s stage one, and that’s the position we want to get to. And I think that will prove to be a very effective solution. There can then be a further argument down the track about Nato, but that would be my interim solution.” Earlier, Downing Street had announced it would almost double the UK commitment to military support for Ukraine with an additional £1bn.

The announcement prompted a backlash from the Welsh government, however, after it emerged that £95m would come from the devolved Scottish and Welsh budgets. The Welsh finance minister, Rebecca Evans, said the move was “worrying and potentially divisive”.