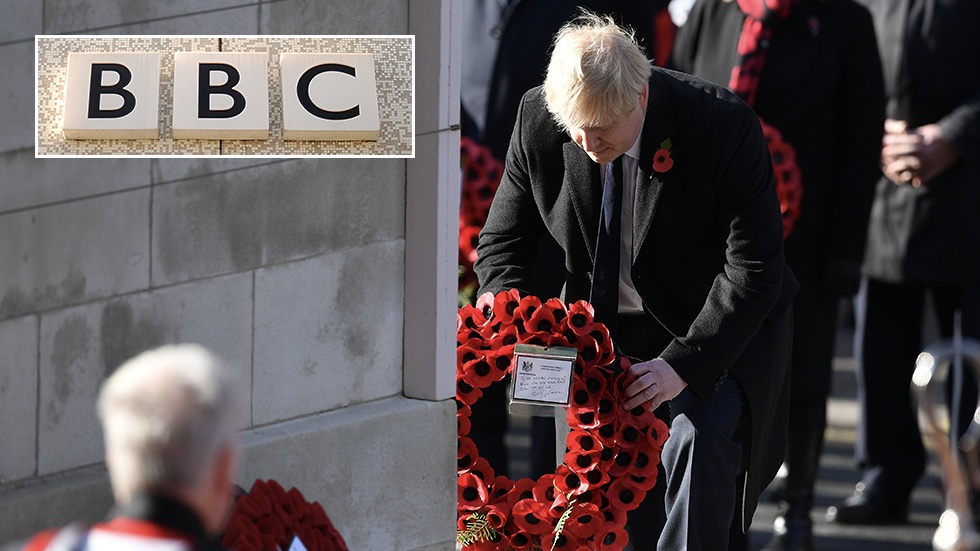 The BBC have caused consternation online after using dated footage of Boris Johnson laying a poppy wreath during the Remembrance Sunday ceremony. The UK PM made a blunder at this year’s event by laying the wreath upside down.

During a section on Tory and Labour plans for British military veterans on BBC Breakfast on Monday, the program cut to footage of the 2016 Remembrance Sunday ceremony showing Johnson laying a green wreath correctly on the cenotaph war memorial.

The somewhat gaffe-prone UK prime minister had caused a stir on social media on Sunday with some branding his action “baffling,” after he was seen placing his wreath the wrong way round.

Many also suggested that Labour leader Jeremy Corbyn would have been castigated for the error by the UK media, seeing as he has been mocked in recent years for wearing a “scruffy” coat to not bowing low enough.

Those on social media on Monday hit out at the BBC for peddling “fake news,” accusing the broadcaster of “bias” and “propaganda.” A number of people on Twitter suggested the BBC were trying to protect Johnson with one re-branding them, rather amusingly, as “Boris Broadcasting corporation.”

There have been those that have come out to defend the company with Ruaridh Arrow, a producer/director for BBC HARDtalk claiming that it was “an accidental selection of the wrong clip, not a conspiracy.”

BBC Breakfast has since released a statement via social media acknowledging the incorrect footage, claiming that “This was a production mistake and we apologise for the error.”

Along with Johnson and Corbyn, five former UK prime ministers, including Sir John Major, Tony Blair, Gordon Brown, David Cameron and Theresa May paid their respects to Britain’s war dead. Monday marks Armistice Day – which commemorates the cessation of hostilities between Allies of World War I and Germany.