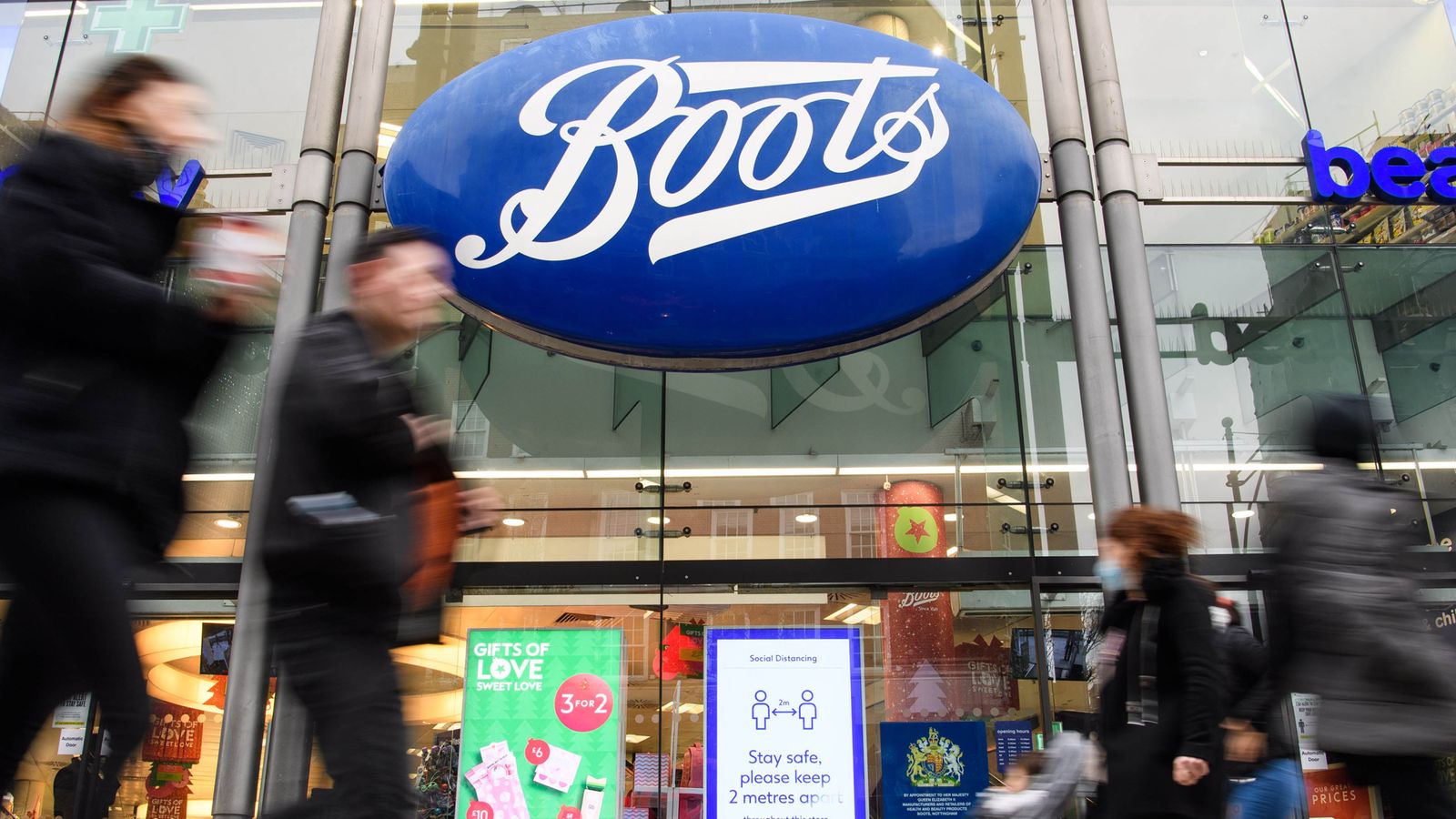 Walgreens Boots Alliance is lining up Goldman Sachs to work on a potential disposal of the UK’s biggest and best-known chain of high street chemists.
The parent company of Boots, Britain's biggest high street chemist, is to explore a sale of the business next year that could value it at well over £5bn.

Sky News has learnt that Walgreens Boots Alliance (WBA) is lining up Goldman Sachs, the Wall Street bank, to advise it on a review of options that could result in new owners for the 172-year old health and beauty retailer.

City sources said on Friday evening that the process would be exploratory and might not ultimately lead to WBA disposing of Boots.

Spinning the chain off into a separately listed company could also be a possibility, they added.

A full-blown auction of Boots would be among the most significant deals involving a high street chain for many years, and will draw close scrutiny in Whitehall given Boots' critical nationwide role in delivering public healthcare services.

Boots operates a network of 2200 stores - one of the largest in Britain - and employs 55,000 people, making it one of the country's biggest private sector employers.

The chain is run by Sebastian James, the former Dixons Carphone chief executive, who has presided over a period of renewed investment in the business following a period in which its stores were criticised for failing to modernise.

There has been growing speculation in recent months that Illinois-based WBA might contemplate a sale of its British retail business, following the disposal of its European distribution arm, Alliance Healthcare, for $6.5bn earlier this year.

Valuing the business is likely to be a complicated process given the changing nature of consumer behaviour and its predominantly rented store estate, with many shops tied to long leases.

If it valued Boots at £10bn or more, a sale of Boots would be the biggest proposed UK retail deal since a £15bn merger of Asda and J Sainsbury was aborted in 2019 for competition reasons.

Asda was subsequently sold for £6.8bn to a consortium comprising Asda and Mohsin and Zuber Issa, the businessmen behind the EG Group petrol retailing empire.

Private equity funds sitting on huge undeployed pools of capital will inevitably be among the suitors for Boots.

One analyst put the pharmacy chain's value at between £10bn and £12bn, although it is unclear whether any emerging bids will be tabled within that range.

Another market source thought the likely valuation would be closer to half that range.

For Mr Pessina, a decision to sell Boots would probably represent a bittersweet moment.

The Italian octogenarian engineered the merger of Boots and Alliance Unichem, a drug wholesaler, in 2006, with the buyout firm KKR acquiring the combined group in an £11bn deal the following year.

In 2012, Walgreens acquired a 45pc stake in Alliance Boots, completing its buyout of the business two years later.

Mr Pessina and his partner, Ornella Barra, the group's chief operating officer for its international businesses, have been mainstays with the company since the original Boots merger.

In a statement issued to Sky News on Friday, the company said: "Walgreens Boots Alliance (WBA) does not comment on market speculation and Boots is an important part of the Group.

"However, it is accurate that WBA announced a renewed set of priorities and strategic direction for the Group in October, which includes a more pointed focus on North America and on healthcare.

"As underlined during the last WBA investor conference, the Group continues to be very pleased with the performance of Boots and the International division as a whole."

The company added that Boots UK was continuing to expand its healthcare offering, while its online operation "continues to grow above expectations having more than doubled sales when compared to pre-pandemic levels".

Last year, Boots announced 4000 job cuts as a consequence of a restructuring of its Nottingham head office and store management teams.

Shortly before the pandemic, it also earmarked about 200 of its UK stores for closure, a reflection of changing shopping habits.

Boots' heritage traces back to John Boot opening a herbal remedies store in Nottingham in 1849.

Last month, LloydsPharmacy, another major UK chemist chain, was sold as part of a divestment programme by its parent, US-listed McKesson Corporation.

Shares in WBA were trading on Friday afternoon at $44.83, having risen by a modest 4% during the last 12 months.
#COVID-19  #Covid
Add Comment