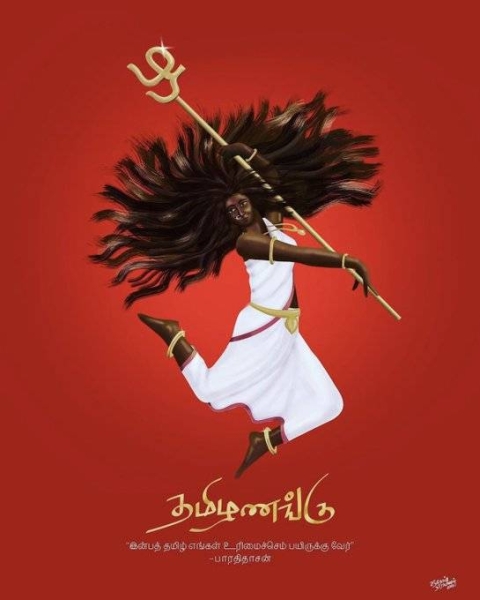 The comment has invited backlash from people in southern India where the language is rarely spoken.

Hindi is just one of India's 22 official languages.

But the language has been a topic of heated discussion since earlier this month when Home Minister Amit Shah suggested people use it as an alternative to English.

While Hindi is commonly spoken in the northern heartland of India, states in the eastern and southern parts of the country speak a variety of different languages.

At a recent event, Sudeepa, who works in the southern film industry, referred to the recent pan-India success of films from the region and said Hindi was no longer "a national language".

Films in southern Indian languages, such as KGF: Chapter 2, RRR and Pushpa, have been huge successes since theaters reopened this year.

This is unusual since the Indian box office is usually dominated by Hindi-language films made by Bollywood. "Today we are making films that are going everywhere," Sudeepa said, adding that Bollywood films were struggling to find success.

In response, Devgn tweeted, saying, "My brother, if Hindi is not our national language according to you, then why do you dub movies in your mother tongue into Hindi?"

Sudeepa responded saying his comment was taken out of context and was not meant to provoke a debate.

But the actor also questioned Devgn's use of Hindi in a tweet directed at him.

He said he understood Devgn's tweet because "we all have respected, loved and learned Hindi". But he wondered what Devgn's response would have been if his reply had been typed in Kannada? "Don't we too belong to India sir," Sudeepa asked.

"I've always thought of the film industry as one. We respect all languages and we expect everyone to respect our language as well," Devgn said.

Hindi is spoken by over 46% of the country's population but is rarely the preferred language outside northern India.

Attempts to impose Hindi as the national language have frequently met with protests from various states, particularly the southern state of Tamil Nadu.

In 1965, the state saw violent protests against the proposed imposition of Hindi as India's only official language.

Amit Shah's proposal earlier this month was sharply criticized by chief ministers of Tamil Nadu, Kerala and West Bengal. Opposition politicians also condemned it as a move to impose "Hindi imperialism" in the country.

Oscar-winning music composer AR Rahman, who hails from Tamil Nadu, tweeted a poster which was seen as a response to Amit Shah's pitch for Hindi.

It showed a woman holding a staff with the Tamil letter 'zha' and quoted a line from a famous Tamil poem which says that "language is closely linked to rights of its people".
Add Comment