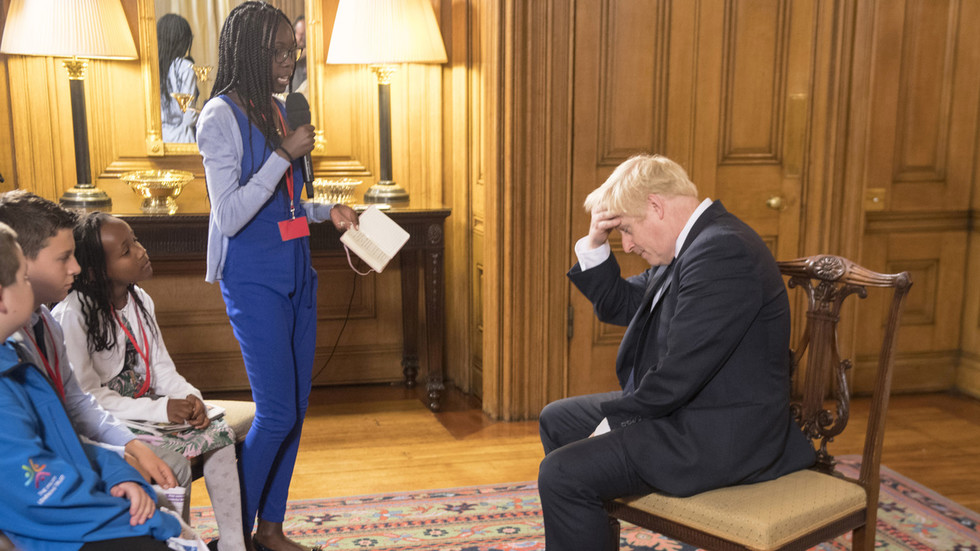 Boris Johnson described the poorest 20 percent of British society as being made-up of “chavs,” “losers,” “burglars,” “drug addicts” and “criminals”, in yet another example of past writings coming back to haunt the UK premier.

Johnson was a Conservative MP and editor of the Spectator magazine when he penned the controversial piece in the Daily Telegraph in 2005. The article was blasted by political opponents as it resurfaced and was widely shared on social media on Sunday.

In an attack on then-chancellor Gordon Brown, Johnson said that poorer voters who live on “run-down estates,” only continued to vote for the Labour Party due to their “deluded hope of bigger hand-outs.”

Accusing Brown of attempting to re-open a class divide, he added that the “bottom” fifth of British society “supplies us with the chavs, the losers, the burglars, the drug addicts and the 70,000 people who are lost in our prisons and learning nothing except how to become more effective criminals.”

Boris Johnson wrote that the poorest 20% of society supplies us with "chavs," "losers," "burglars," "drug addicts" and "criminals."

The more of the Prime Minister's writing you read, the more obvious is his disdain for working-class people. #MarrShowhttps://t.co/WhGfH0KPL1

Johnson also riled against Labour’s policies for the UK’s poorest, saying the government was trying to “boss them” into not smoking, not eating or not drinking to excess.

“They are so full of revulsion when they see a chav belting her kids in the supermarket that they seriously contemplate banning smacking,” he added.

Johnson faced criticism earlier this week when it emerged he’d once described the children of single mothers as “ill-raised, ignorant, aggressive and illegitimate.” He also dismissed working-class men as “likely to be drunk, criminal, aimless, feckless and hopeless.”

On Sunday Labour MP David Lammy blasted the PM for the old article, tweeting: “The more of the Prime Minister’s writing you read, the more obvious is his disdain for working-class people.”