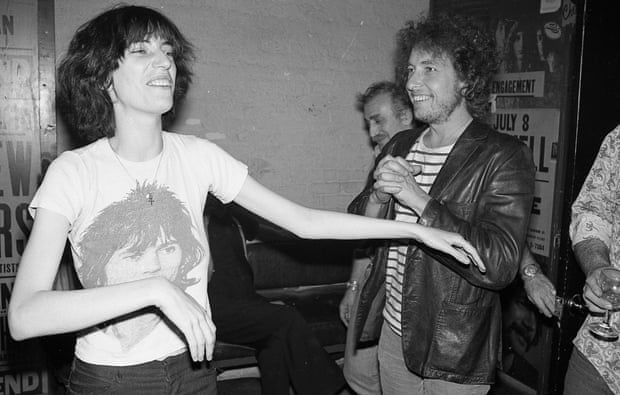 Hibbing, the musician’s hometown, is paying tribute with a year of special events

Bob Dylan’s debut 1962 single began: “I got mixed-up confusion; man, it’s a-killin’ me”. It hasn’t yet – he turns 80 on Monday, and the pre-eminent custodian of American roots music, with its storytelling and protest traditions, is set to be celebrated by a public avalanche of events, programmes and tributes.

The occasion will be marked in his hometown of Hibbing, Minnesota – where, inspired by the sounds of country and blues music drifting up from the south on AM radio, he wrote in his high-school yearbook that his ambition was to join Little Richard. St Louis county, in which Hibbing sits, has issued a proclamation declaring a “Year of Dylan Celebration”.

Minnesota’s Star Tribune is listing 80 things about the local boy; Folk Radio UK is running a livestream called “Dignity”, with tributes from an international line-up of musicians.

Adding to what are by some estimates 100 university Dylan courses and 2,000 Dylan books, there are new series of podcasts, including Jokermen, and a BBC Radio Four series, It Ain’t Me You’re looking For: Bob Dylan at 80.

This weekend, the Tulsa University Institute for Bob Dylan Studies, where some of his archives are held, will host Dylan@80: Virtual Conference. Included among seminars is “Dylan as an Inspiration for a Sexologist”. 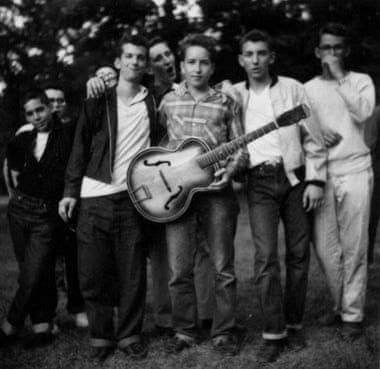 The intensely private musician, however, may not acknowledge his milestone, just as he didn’t respond to the Swedish academy’s award of the Nobel prize in literature in 2016. A committee member griped that Dylan was “impolite and arrogant” as the musician continued tour stops in Tulsa, Phoenix and Albuquerque. As Jean-Paul Sartre noted at the time of his nomination, a writer must “refuse to let himself be transformed into an institution”. But that’s not stopped others from trying.

“He was by cosmic gift one step ahead, and kept himself one step apart,” says Danny Fields, the New York music figure, who formed his impressions though the lens of friends who loved Dylan – among them Edie Sedgwick, Nico, and Gloria Stavers, who was Lenny Bruce’s lover, editor of 16 magazine and an early Dylan supporter who asked the president of Columbia Records to send “the kid” over to get him in the file in case he became something.

“His friends were mostly women, I don’t think he had many guy friends,” Fields recalls. “He wanted to identify with musicians. That’s a harder thing to break into than saying, ‘I am a poet.’ And his manager would say, ‘Well, you don’t want to be with the fags uptown [at Andy Warhol’s Factory], you want to be with the folkies and bluesies downtown’.” 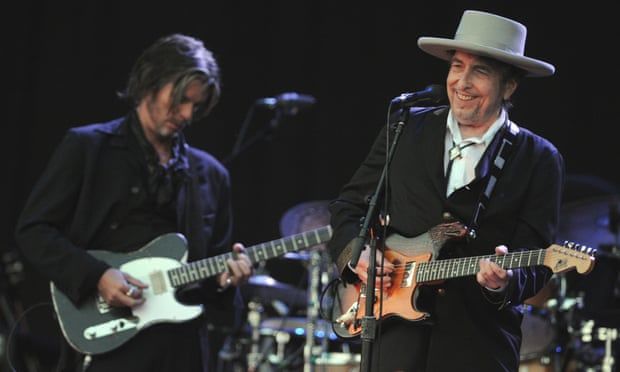 Dylan performing at a music festival in France in 2012.

Stavers observed Dylan three years later reading William Blake – “We are led to Believe a Lie/ When we see with, not Through the Eye” – and William Burroughs. Spending time upstate in Woodstock, she wrote, “he visits neighbours’ children, climbs trees and goes for long walks”. In the discos of Greenwich Village, she said, he had “a slightly bemused smile on his face, watching silently from a corner”.

Still, there are decades of Dylan mythology to unpick, self-created or accumulated under the pressure of idolisation and interrogation. “I don’t think the interchange with interviewers was useful to him,” says Fields. “They didn’t open doors to his own consciousness, so he had nothing to gain.”

Late last year, Dylan relinquished control of 600 or so songs in exchange for an estimated $300m. His recent album, Rough and Rowdy Ways, was reviewed by NME as “arguably his grandest poetic statement yet”, suggesting that, far from slowing down, the decade could be much like the old – recording, touring, releasing archive recordings, compiling the Theme Time Radio Hour show, supporting interests – Dylan reportedly owns a boxing gym in Malibu – and following his wandering spirit.

In 2009, a woman reported a man, wet and wearing a hoodie, in an abandoned lot in Long Beach, New Jersey. It was Dylan taking air, curious, seeking inspiration, lost – or maybe all four. “It’s gonna take 100 years before they understand me!” Dylan once claimed. To which only “Happy Birthday, Bob” is appropriate.