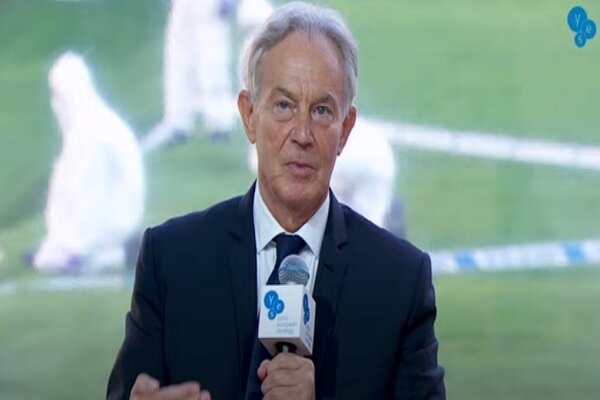 The former UK Prime Minister Tony Blair said on the anniversary of 9/11 that Saudi Arabia with huge oil wealth is propagating a fundamental, old-fashioned, and quite a backward view of Islam.
Tony Blair, the former UK prime minister made the remarks on Saturday on the anniversary of 9/11 during the Yalta European Strategy (YES) conference in Ukraine which was hosted by the CNN presenter Fareed Zakaria.

Blair described the 9/11 terrorist attacks as an event that changed the world. He said that the attacks created big anxiety in the world because they did not know whether further attacks were on the way.

The ex-UK prime minister said that they closed the UK airspace and shut down their infrastructure for fear of similar attacks on the UK.

He added that he was in close consultation with the US president. He added that Kosovo was the only military operation in which he was involved before.

The first decision was to stand with the US and America should not face this alone, according to Blair, adding that it was a new phase of policy.

He said the UK and the US do not challenge each other’s good faith.

In response to Fareed Zakaria on Saudi Arabia, as a crucial ally to the West, he said that the Western leaders were not fully aware of the origins of the new threat.

Saudi Arabia with that huge oil wealth finances the ideology of "Islamism" which is different from Islam itself, the politician said, adding that the Saudi Kingdom supports a very conservative and very old-fashioned a quite backward view of religion.

Meanwhile, he refused to acknowledge that Saudi rulers support terrorism.

That does not mean Saudi Arabia teaches people to be terrorists but there is a whole lot of countries, whose young people are taught fundamental ideas that are at odds with the world and that ideology would get across the boundaries, cultures and nations, according to Blair.

He said that the people are taught how to be good Muslims, and how Islam has been betrayed by people in positions of power in Islamic countries.

The politician added that the people in Saudi-sponsored schools are taught that people who are not Muslim are potentially your enemy. He added that young people are taught to be anti-Semitics and Anti Western powers.

He added that the problem that the Saudi-backed teaching has created cannot be dealt with by purely security means.

He claimed that over the 20 years of occupation, the Afghans made progress. He said that the girls would go to school. He pointed to Kabul as a developed and modern city claiming that Kabul has changed to a completely different city from what it was in 2001.

He said that almost 70,000 Afghan soldiers died for their own country.

He said that the US agreement with the Taliban demoralized the Afghanistan government and the people of Afghanistan who locally worked with the Americans in the provinces.
#Afghanistan
Add Comment