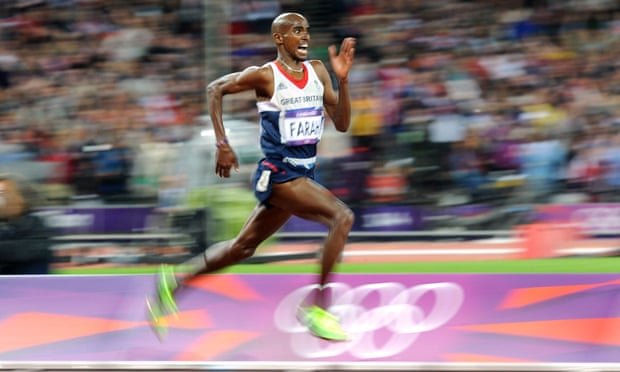 Black Muslims are almost invisible in Britain, but now we're carving out a space

As a minority within a minority, we often feel like we don’t belong – but that is beginning to change, says writer Na’ima B Robert
Ask most people to visualise a Muslim and they will likely picture someone of Asian or Arab descent, with a beard, perhaps, or some sort of head covering. Certainly, this is typically the image that is portrayed across our social media feeds, front pages and TV screens.

While there have been prominent Black Muslim figures such as Malcolm X and Muhammad Ali, Black Muslims as a whole are rarely featured. In a way that’s not surprising: according to a Muslim Council of Britain study, the vast majority of British Muslims are of south-east Asian heritage, while Africans, African-Caribbean and “other” Black people on make up about 10%.

But what does it mean to be a minority within a minority? The research points to feelings of disappointment, frustration, and alienation from the larger Muslim community.

Islam does not teach or justify racist ideas, but the fact remains that, due to a mix of ignorance, cultural conditioning and the legacy of colonialism, many south Asians do hold varying degrees of prejudice towards Black people. A survey carried out by Muslim Census among young Muslims found that 82% had witnessed anti-Black racism from their own family and friends.

And in a study conducted by the Black Muslim Forum, 63% of participants said they did not feel like they belonged to the UK Muslim community. In addition, 49% had faced anti-Black discrimination within a UK mosque or religious setting.

Over the last few years, steps have been taken to address these issues. The Muslim Council of Britain held the first ever Proudly Muslim and Black symposium in 2019, which brought together academics, scholars and senior community figures to discuss the way Black Muslims are perceived and treated – and paved the way for an initiative to improve the representation of Black Muslims. There has also been the creation of various platforms for Black Muslims on specialist channels and online.

However, apart from the strides made by organisations such as MCB, many of these efforts have been met with hostility and resistance by non-Black Muslims. Black Muslims have been accused of racism, ignorance and causing division within the community. Many have even branded these activities “unIslamic”.

But this summer changed everything. The murder of George Floyd and the Black Lives Matter protests led to important community conversations about anti-Blackness, on a scale not seen before. Across social media, Black Muslims started speaking more openly than ever about their pain and trauma, and other Muslims actually started listening.

These conversations resulted in numerous events in which Black Muslims “spoke their truth”. And the discussions have extended beyond racism in the Muslim community to questioning the erasure of Blackness from Islamic history itself. Scholars such as Abdullah Hakim Quick, Habeeb Akande and Michael Mumisa have all been instrumental in highlighting the presence and influence of Black Muslims throughout history – in Africa, Arabia, Europe and the Americas, and from Islam’s earliest days to the modern age.

Today, we have Black Muslims making history, impacting society and inspiring people of all faiths and races. People such as the Olympic medallists Mo Farah and Ibtihaj Muhammad, US Representative Ilhan Omar – not to mention comedian Nabil AbdulRashid, a current Britain’s Got Talent finalist who’s making millions of British people laugh at popular misperceptions of Muslims.

Some of these game-changers will be speaking at the ongoing Black Muslim festival – a celebration of our heritage, culture and legacy featuring scholars, activists and influencers speaking on spiritual and mental health, relationships, sexuality, and many other topics. It’s running throughout Black History Month.

With more mainstream institutions taking notice, and with Black Muslims making stronger links with each other, we are now becoming more visible, more vocal and more confident in our intersectional identity. There is a true Black Muslim renaissance taking place – and this can only be a good thing for the Muslim community, and for British society as a whole.


• Na’ima B Robert is a children’s author and founder of Muslimah Writers. The Black Muslim festival runs until 25 October
Add Comment