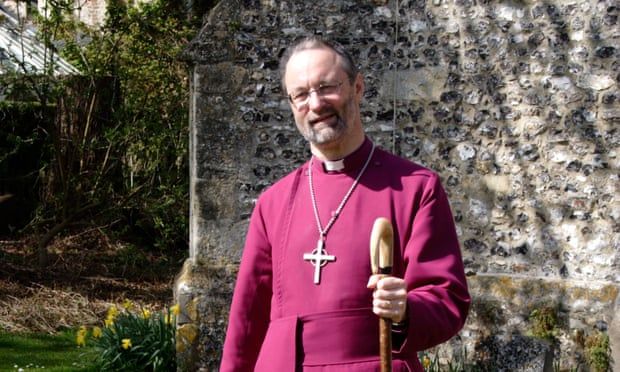 Bishop of Buckingham joins calls for Boris Johnson to resign

Alan Wilson calls PM’s self-defence ‘nonsense’ and says country needs leader it can trust
The bishop of Buckingham has joined the growing calls for Boris Johnson to resign and believes that he “obviously” lied over lockdown parties in Downing Street.

The Right Rev Dr Alan Wilson described the prime minister’s defence that he did not realise what was going on as “nonsense”, adding that the country needed a leader it could trust.

Johnson has faced public calls from Conservative MPs to stand down following the final report by Sue Gray into breaches of Covid regulations and the alcohol culture in Downing Street and Whitehall.

Under party rules, he will face a confidence vote if 54 Tory MPs, 15% of the party, submit a letter to the chair of the backbench 1922 Committee Sir Graham Brady calling for one.

Asked on Times Radio if Johnson should resign, Wilson said: “The only answer is yes. I’m an army baby and what they used to say in the army was you can trust anybody, but you can’t trust a liar.”

He added: “You can see it from a mile off. And most ordinary people realise it’s all nonsense. It’s not the parties actually. It’s the lying. I think that’s the problem. I mean, everybody makes mistakes. And I think people are very tolerant about that. But I think it’s very difficult to trust a liar.”

The number of Conservative MPs publicly criticising Johnson’s conduct has convinced some in Westminster that the threshold of 54 letters could be met next week.

Some MPs are known to be holding back from submitting letters of no confidence over concerns that their names will leak and they will face reprisals from the whips.

Simon Fell, the MP for Barrow, became the latest backbencher to publicly question the prime minister’s position on Wednesday, saying an apology was “insufficient” in a letter to constituents.

Meanwhile, Jonathan Evans, the chair of the committee on standards in public life, accused Johnson of failing to allay fears that he and his ministers consider themselves above the rules.

He also criticised a planned overhaul to the way the ministerial code is policed, saying they undermined the role of the Tory leader’s ethics adviser, Christopher Geidt.

Johnson still faces an investigation by the House of Commons privileges committee over whether he lied to MPs when repeatedly asserting that “all guidance was followed” in Downing Street.

Despite the changes to the ministerial code, the penalty for misleading parliament remains resignation.
#Boris Johnson  #Johnson  #Covid
Add Comment