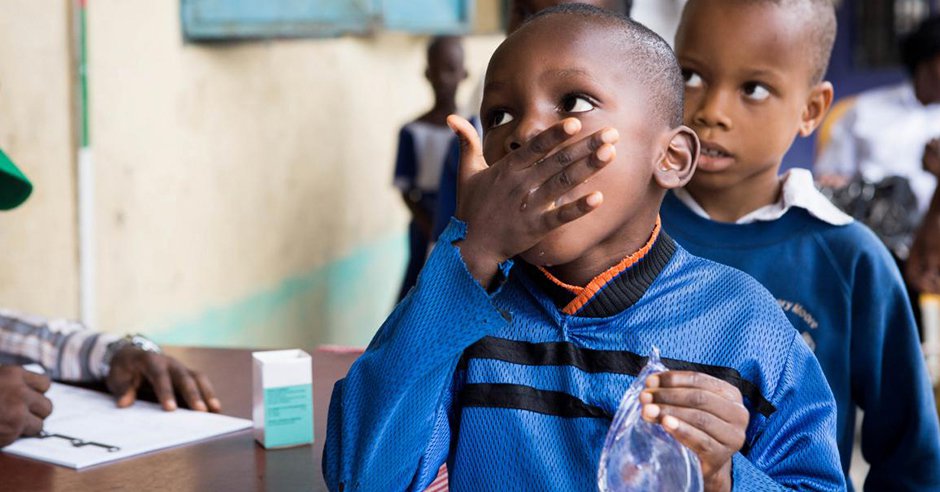 Since the dawn of medicine, the UK has been a pioneer and world leader in preventative medicines like vaccines, antibiotics, and neglected tropical disease (NTD) treatments.

It started with Lady Mary Wortley Montagu's introduction to deliberately inoculating people with a mild case of disease in the 18th century, and was followed decades later by Edward Jenner's creation of the first smallpox vaccine.

Meanwhile, the field of tropical medicine was created by Scottish parasitologist Sir Patrick Manson in the 19th century. Manson discovered that an insect, like a mosquito, can serve as an intermediate host for a developing parasite, radically advancing the knowledge of tropical diseases including malaria, and NTDs like lymphatic filariasis, schistosomiasis, leprosy, and loa loa.

The recent reduction to the UK’s foreign aid budget forces some difficult decisions that could jeopardize this illustrious history. My hope is that one of those decisions is to honor the legacy of the UK’s historic commitment to NTDs. A cut to NTD program funding would be a setback for millions of people around the world, at a time when the possibility of seeing an end to these diseases is so tangible.

Britain's UK aid budget, dedicated to ending extreme poverty and its root causes around the world, shrunk in line as the economy slowed last year. Its spending is protected by law at 0.7% of gross national income (GNI), meaning that when the UK earns less, it automatically spends less on international development.

But in November 2020, billions more was taken out of it. The UK government announced that spending would be temporarily reduced to 0.5% of GNI, which experts predict could potentially account for 105,000 lives lost that would otherwise have been saved — for example, through less inoculations against the world’s deadliest preventable diseases.

The aid cuts will have far-ranging consequences for the world’s poorest people, across education, gender equality, health care, and much more. And on an issue like NTDs, it flies in the face of a long, proud history of progress.

NTDs are a group of diseases that sometimes kill people, but more often destroy their quality of life through malnutrition, disfigurement, blindness, and other severe ailments. These diseases affect 1.7 billion people worldwide, most of whom live in areas with limited resources such as poor access to clean water and sanitation.

Infected children often cannot attend school, and adults struggle to work, affecting earning potential. As the CEO of the END Fund, a philanthropic organization focused on ending the five most prevalent NTDs, I can say with certainty that NTDs perpetuate a cycle of poverty, sickness, and suffering; they rob millions of men, women, and children of the opportunity to reach their full potential.

In the past 40 years — and at an accelerating pace — more progress has been made against NTDs than any other time in human history and leadership from the UK has been at the heart of this progress.

This surge is the result of several factors, including effective drugs (donated by pharmaceutical companies) and the work of organizations to distribute these drugs and help implement disease interventions. The number of people at risk of NTDs has been reduced by 600 million people in the last decade alone, and 42 countries have eliminated at least one NTD.

We are so close to seeing a world free of the burden caused by NTDs. The new World Health Organization (WHO) 2030 NTD Roadmap ratified last November charts an ambitious path to NTD elimination over the next decade. A reduction in aid would jeopardize progress when the finish line is just on the horizon.

Currently the UK’s foreign aid commitment for NTDs is about £220 million to 2022, a mere 0.6% of the aid budget per annum. On the granular level, the cost to treat or prevent the five most prevalent NTDs is less than 50p per person per year, on average. Each pound invested in NTD treatment in endemic countries yields between £19 and £30 worth of economic benefit, which unlocks the door to health and future prosperity.

A recent study by the Economist Intelligence Unit (EIU) found that meeting parasitic worm infection elimination targets for four African countries (Ethiopia, Rwanda, Zimbabwe, and Kenya) would yield £3.7 billion in productivity gains by 2040. The UK’s ability to strengthen the local economy of so many nations is one of the major reasons why the commitment to NTDs should not be reduced. The recent emphasis on initiatives such as trade between the UK and Africa trade will yield greater benefit if the global economy is strengthened.

Owing to the UK’s long tradition of altruism, contributions to this field have never slackened. It is, therefore, critical that British leadership stays the course in this movement to end NTDs over the coming decade. A funding reduction would be a devastating chapter in the UK’s proud history as a global leader that has been a bedrock of funding, a font of knowledge, and a reliable source of action.

Even in a world wracked by COVID-19, to divert funds from NTDs will be to lose critical progress and relinquish leadership status. It will bring a premature conclusion to what is due to seal the great British success story of ending NTDs in this decade.