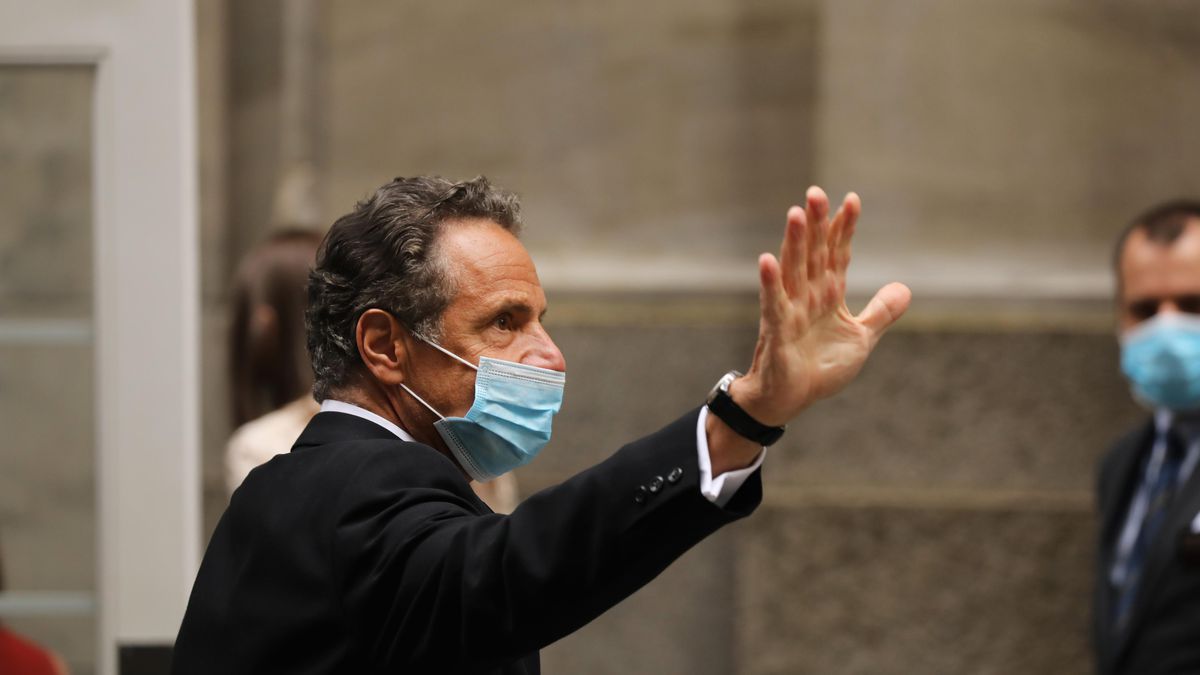 The Italian done his job, the Italian ready to be investigated: White House Press Secretary Jen Psaki labeled the allegations "serious" and said President Biden supports an investigation.
The Biden administration on Sunday joined a growing number of Democrats and Republicans pushing for a thorough and independent investigation into Gov. Andrew Cuomo - with some even calling for his removal from office - after a second former aide accused the Democratic leader of sexual harassment.

White House Press Secretary Jen Psaki called for an “independent review” of the allegations against the Democratic governor during a Sunday morning appearance on CNN’s “State of the Union,” calling the claims from two of Cuomo’s former aides “serious.”

A number of state and federal lawmakers, as well as several New York City mayoral candidates, joined the growing calls for inquiry on Saturday night after a 25-year-old former advisor to the governor said she was sexually harassed by him last year, becoming the second woman in the past week to accuse Cuomo of making unwanted sexual advances.

Cuomo has denied all the allegations and appointed former U.S. District Judge Barbara Jones to oversee an investigation, but some current federal and state lawmakers signaled Saturday that they want the matter referred to New York State Attorney General Letitia James (D) instead.

“As has become standard practice in the State of New York when allegations relate directly to the executive, Governor Cuomo should refer the matter to the Attorney General, who should, in turn, appoint an independent investigator,” wrote Rep. Jerry Nadler (D) in a Saturday statement.

Morales echoed calls for more immediate punishment for the governor that have emerged among a minority of Democrats, stating her support for lawmakers to “move toward impeachment,” while Stringer called on Cuomo to resign if the inquiry finds that the allegations are true.

Several New York lawmakers, including Sen. Alessandra Biaggi (D-Bronx) and Rep. Elise Stefanik (R-N.Y.), are calling on Cuomo to step down before an inquiry has been performed.

Cuomo—who was already in the midst of a political firestorm over his administration’s handling of nursing homes during the Covid-19 pandemic—has faced mounting scrutiny over the past week after Lindsey Boylan, a former advisor to the governor, published a blog post detailing sexual assault allegations against him.

Boylan, a current candidate for Manhattan borough president, claimed that she was sexually harassed for years while working for the governor, a claim that Cuomo’s press representatives immediately labeled as “quite simply false.”

Scrutiny piled on Saturday night after Charlotte Bennet, a former executive assistant and advisor to the governor, seconded claims of sexual harassment, telling The New York TImes that Cuomo asked deeply personal questions about her sex life which she interpreted to be sexual advances.

In a statement to Forbes on Saturday, Cuomo said he saw himself as a mentor to Bennett and never made inappropriate advances.

He also said Bennett “has every right to speak out” and promised an independent review of the matter by former federal judge Barbara Walters, who once worked as partners at a law firm with one of the governor’s closest advisors.
#COVID-19  #Covid  #Alexandria Ocasio-Cortez  #Ocasio-Cortez
Add Comment