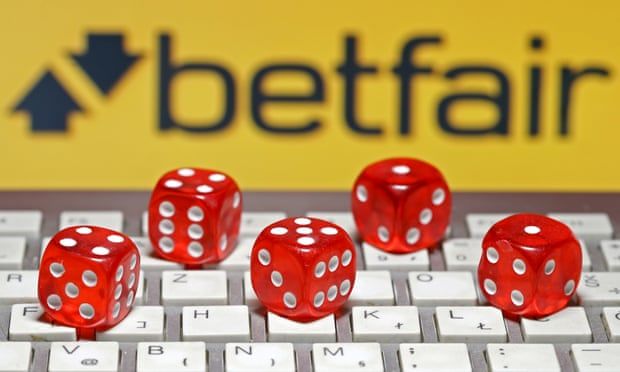 Andy May convicted of fraud in case that highlights need for industry reform, say campaigners
Betting firms won £1.3m in stolen money from a gambling addict without establishing where the funds came from, it has emerged, reigniting concern about whether firms do sufficient due diligence on punters who lose large sums.

Andy May, 44, was sentenced at Norwich crown court on Monday to four years for fraud after admitting siphoning funds from the clothing company where he was a senior manager earning more than £50,000 a year.

According to betting records seen by the Guardian, May placed thousands of bets, some with stakes of more than £50,000, with companies including Betfair, Betway, and BoyleSports.

The companies gave him incentives such as free bets and tickets to race meets, football and rugby matches, details obtained via a subject access request show.

But they did little to check he could afford his habit, or find out where the money came from, until he had racked up huge losses.

May funded his gambling by stealing more than £1.3m from the outdoor clothing company Sealskinz, the court heard, spending almost all of it with online gambling firms.

The firm only asked him for evidence of his wealth after he had lost £116,000. It accepted financial statements, which May told the Guardian he had doctored using Microsoft Paint.

In one three-week spree that followed, winning bets took his account balance up to £1.2m, which he then lost over 33 days.

The series of huge bets prompted no further intervention other than offers such as free bets and tickets to an England football match.

May also lost an estimated £437,000 with Betfair, part of the Flutter group that includes Paddy Power. The court heard that £268,000 of this was stolen.

During a lull when he stopped placing huge bets, a Betfair VIP manager sent him a message saying: “Long time no speak. I noticed you are depositing less than previously, is everything OK?”

Internal chats show that Betfair staff later realised he had lost £270,000 between 2014 and 2016. The company asked him for evidence of his funds in February 2017 but did not close his account for a further eight months.

BoyleSports did not secure proof of funds from May despite an astonishing sequence of bets.

During this period his account balance soared to more than £240,000, all of which he lost within three days.

BoyleSports did not request proof of funds and continued to bombard him with offers of free bets until September 2020.

May said he had sent the Gambling Commission details of his betting with multiple operators, including one that did such little due diligence that it listed his gender as female.

“This case is a sad and salutary illustration of what can happen when an addiction to gambling runs in this way,” said the judge, Anthony Bate, in his sentencing remarks.

Gambling campaigners said May’s habit of placing huge bets and then moving on to other operators if challenged could have been prevented with stricter regulation.

“This case highlights the need for a much lower threshold of losses at which checks by operators should be carried out,” said Matt Zarb-Cousin, of the Campaign for Fairer Gambling.

He said May’s case also made the case for “single customer view”, where gambling operators are forced to share customer details to improve the quality of checks meant to ensure they are not headed for financial ruin or using stolen funds.

“Whether it’s through utilising open banking, or through the creation of an ombudsman that can hold user data, a single customer view would help prevent cases like this,” said Zarb-Cousin. “This has to be addressed in the government’s gambling review.”

BoyleSports said it had “invested significantly” in player protection and would support a single customer view approach but could not comment on individual cases.

Flutter did not comment, but is understood to have a policy of returning funds to victims when a conviction makes clear that it has unwittingly received the proceeds of crime. It is also understood to be open to a single customer view.

Betway said it had returned funds to Sealskinz and had informed the Gambling Commission and the police about potential fraud.

It said an external law firm had not picked up evidence of falsified documents but acknowledged that the documents could have been falsified.

“As a responsible leading online gambling company we are actively engaged in the single customer view debate and will consider all workable and legally sound proposals to implement any beneficial aspects of it,” it added.
Add Comment