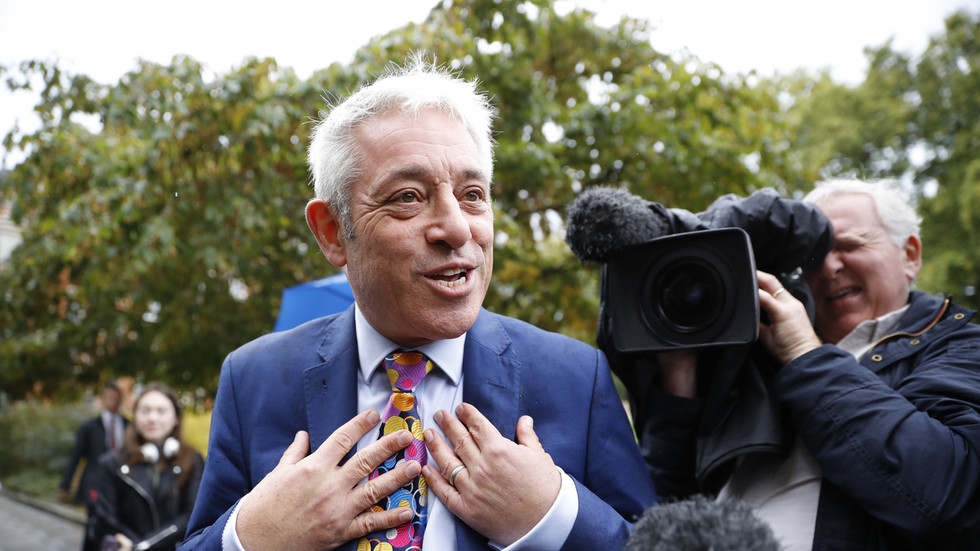 Former Speaker of the House of Commons John Bercow has provoked anger among the Tory faithful after insisting the party only accommodate "ethnic minorities" who play by "the rulebook," otherwise they're "rubbished."

In an interview for a 'Guardian Live' event on Monday night, Bercow -who has been dogged by accusations of bullying by his former parliamentary colleagues since he stepped down from his role in October -laid into the Conservative Party hierarchy's attitude towards ethnic minorities.

It's safe to say the incendiary remarks have not been well-received by Tory supporters. Tom Montgomerie, a party grassroots activist and creator of the ConservativeHome website, branded Bercow's claims as "outrageous." Montgomerie added: "What on earth gives him the authority to insult every ethnic minority Tory MP?"

Another self-confessed Tory angrily tweeted that he was personally "trying to ignore this weasel of a man, but he is winding me up." While author Martin Knight suggested Bercow was behaving like a baby, because he's so far been refused a peerage in the House of Lords.

Says the non-conformist who has emptied his pram of toys because he's not allowed in the House of Lords.

David Leakey, a former 'Black Rod' -whose main responsibility was to control access to and maintain order within the House of Lords -has filed an official complaint against Bercow for "bullying, intimidation and unacceptable behavior," as has former House clerk, Lord Lisvane.

Bercow rejected allegations leveled against him from what he called a "snobs and bigots faction." He insisted that the one commonality shared by his detractors who are "now going public, briefing, smearing... is that they are institutionalized."

Bercow quit after 10 years as Speaker of the House of Commons, following a number of controversial 'run-ins' with British MPs, many of whom accused him of being too much of an EU 'remainer' during the polarizing Brexit debate.